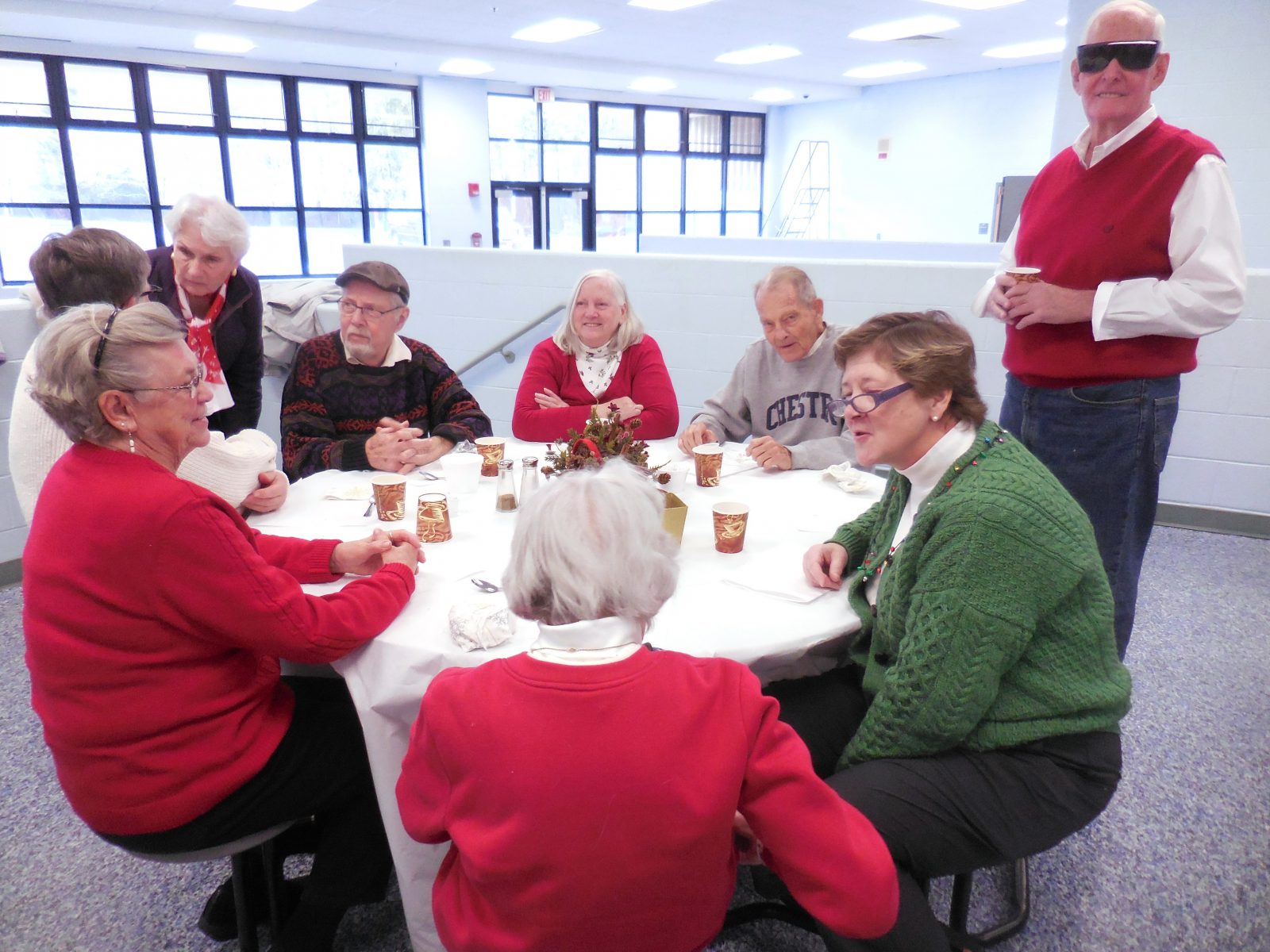 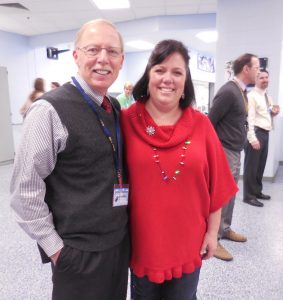 HUNTINGTON – Gateway Regional School District treated 87 area senior citizens to breakfast and a holiday concert on Wednesday morning. Superintendent David B. Hopson said the school has been holding the senior breakfast for 26 years.
For Food Services Director Tasha Hartley it was her first in that position, although she has previously cooked for it as the Gateway cafeteria manager. Hartley was hired in October to replace long-time Food Services Director Wendy McCaul.
“I still have a lot to learn. I’m enjoying it though,” said Hartley. She also admitted that she had big shoes to fill following McCaul, who was named Food Services Director of the Year in 2015. “Wendy was fantastic,” Hartley said.
For breakfast, seniors enjoyed quiche, sausage, fresh fruit salad, and cinnamon rolls. Members of the Chester Council on Aging thought it was delicious.
“This is a fantastic event,” said Chester COA member Bob Daley. “This was my first time meeting the new food services director, Tasha. She did a great job,” Daley added.
Following the meal, seniors were led to the Gateway Performing Arts Center, where they were treated to vocal and instrumental offerings from the elementary, middle and high schools. The program included the Littleville Grade 4 singers, who performed “Singin’ in the Rain;” “Winter Wonderland,” “God Bless the Child,” and the “Christmas Jazz Suite,” from the Jazz Band, and “Dance of the Slippery Slide Trombones,” “Celtic Bell Carol,” and “The Chipmunk Song” from the 7th and 8th Grade Band. 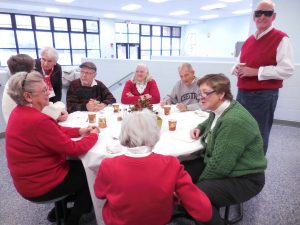 The Show Choir, Concert Choir and Grade 7 & 8 Choir joined voices for four seasonable offerings, ending with “Let it Snow, Let it Snow.” “Falling Snow” was sung by a Vocal Quartet which included Gateway High School students Alexandra Russell, Maria Pless, Linda Shepard and Elizabeth Niemiec.
Ending the concert and the morning for the seniors was the High School Concert Band, who performed “Pat-A-Pan,” “Sussex Mummer’s Christmas Carol,” and the “Eri-King.”
Residents who missed the concert (or were too young to attend) will have more chances to enjoy holiday music by Gateway student musicians and singers at the Middle School Holiday Concert on Monday, December 11 at 6:30 p.m. This concert is free of charge and will feature the middle school jazz band, 7/8 grade choir, 5th grade band, 6th grade band and the 7/8 grade band. A bake sale fundraiser will be held at intermission, along with a poinsettia raffle.
High school musicians take the stage on Thursday, December 14 at 6:30 p.m. in the Gateway Performing Arts Center. Admission is $2, or $1 with a canned good food item for the Huntington Food Pantry. Performers include the high school jazz band, concert band, concert choir and show choir, who will all perform winter-themed music. A choral quartet will also perform.