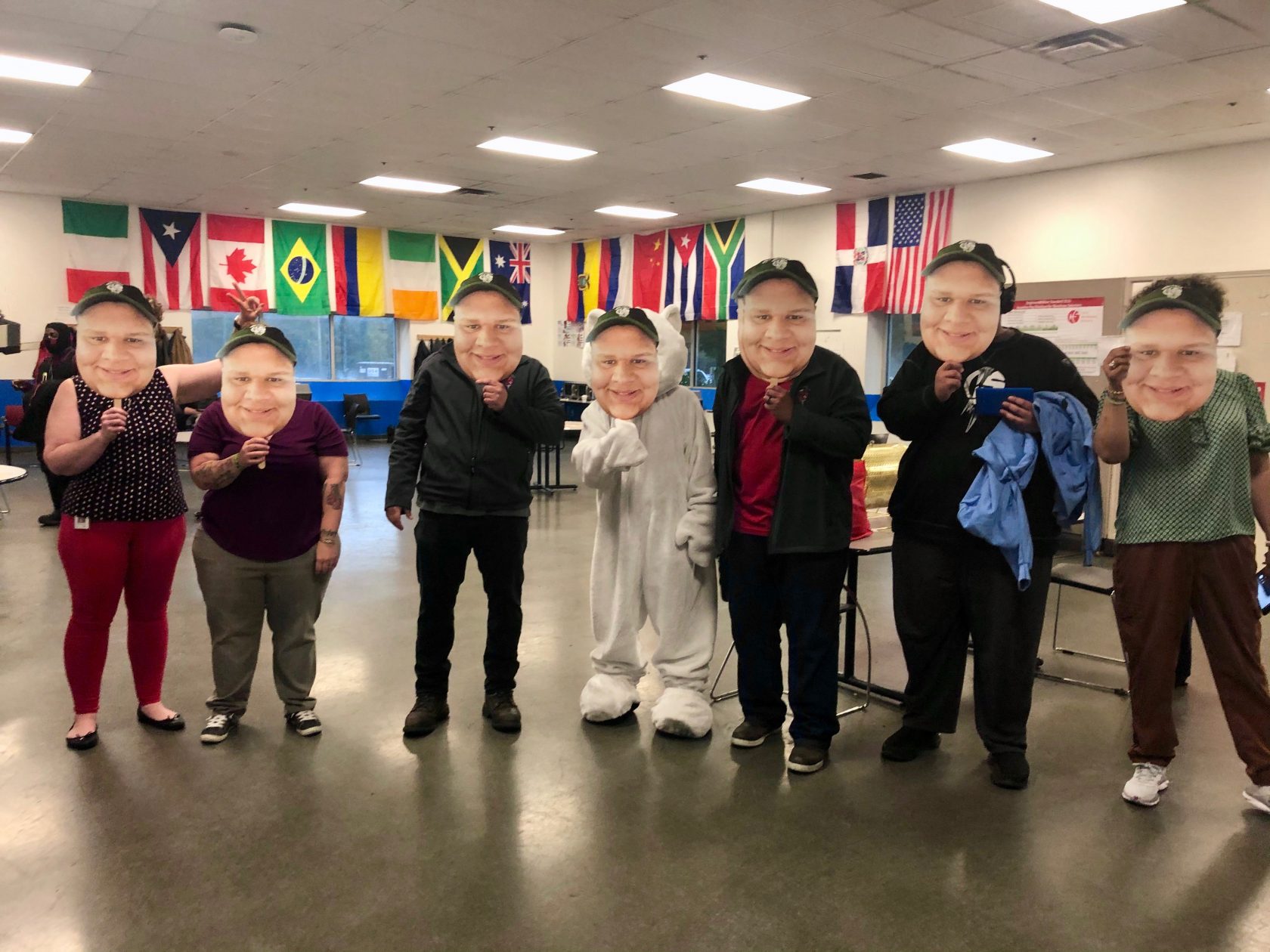 Patrick, a student in the Westfield transitions services program who is on the autism spectrum, loves C&S. His uncle used to work there and he loves the logo, and his mother and grandparents often drive him there so he can look at the logo and the building..

Sherry Elander, transition services specialist for Westfield Public Schools, knew someone whose family member works there. The student, Teila Dupuis, had been a peer mentor for four years before graduating from Westfield High School.

Through Teila Dupuis, Elander was able to get in touch with her father Michael Dupuis, the first shift operations manager at C&S. She asked him whether she, Patrick and his mother Rachel Moyer could come for a visit to the warehouse. Elander said Dupuis immediately knew who she was talking about from Patrick’s frequent visits to the warehouse building. He said yes, but asked her to give him a couple of weeks to prepare.

Dupuis said he had seen Patrick outside admiring their C&S sign, and had spoken to him before. He and payroll administrators Wendy Lenois and Roz Sellez liked the idea of doing something for him and ran with it, gathering up gifts to make it a special visit. 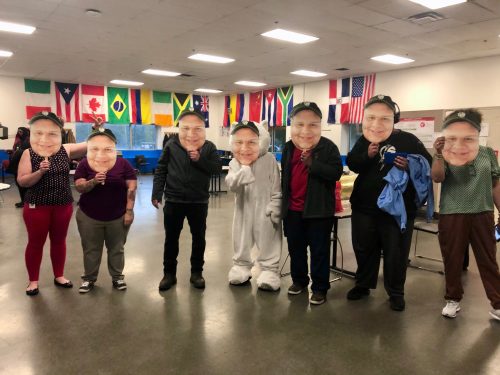 On June 9, Elander, Patrick and Moyer were invited to come to the 6 a.m. morning meeting, where they were met with signs declaring it to be Seth Patrick Day.

Inside, Patrick was invited to lead the morning C&S Cheer. “Every morning they do a cheer — give me a C, give me an S, and he led the cheer,” Elander said. They presented him with sunglasses, a hat and a water bottle. They also made paper masks of Patrick’s face, which they held up for a game to guess who is the real Seth Patrick.

“He was so excited. It was awesome,” Dupuis said. 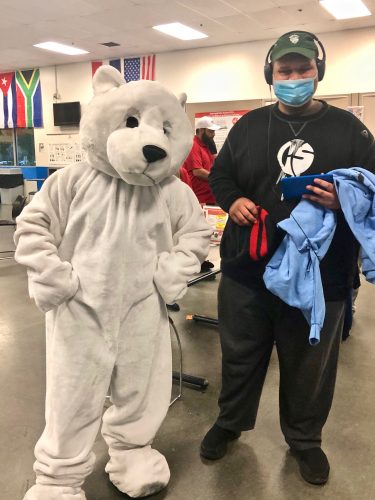 The staff had also reached out to some of their vendors, and presented Patrick with gifts from them. They knew from Elander that Patrick is a number one fan of Domino’s Pizza, and they gave him Domino’s gift cards. The Springfield Domino’s also gave him one free pizza a week for life.

A special present included a pillow from one Domino’s Pizza store whose owner had an autistic son that had worked at the store, but had since passed away. The pillow had been made from his shirt, and the owner gifted the pillow to Patrick.

“This business is really tough; we ask a lot of our employees. It takes a lot to fill all of the grocery stores,” Dupuis said, adding that the employees work long hours in a freezer lifting heavy boxes. “I knew it would be good for Seth, and I also saw it as something good to lift the spirits of our associates as well. I think it accomplished just that,” he said, saying the cheer that morning was the loudest in a long time.

Afterwards, Seth Patrick brought his C&S gifts to show the other students at the program. (PHOTO SUBMITTED)

“It was just a really great way to start our day,” Elander said. “A local business went so out of their way, they went above and beyond for him. When I reached out, I thought he was just going to come in and meet them.”

“I would love to acknowledge Mike and his crew. They’ve been working on this for two weeks. They just treated him really well,” she said, adding, “I don’t think people realize how much something like that means to the family, to be acknowledged. It’s his dream come true.”

Elander said C&S is already starting to plan for next year. Now every year on June 9 will be Seth Patrick day at C&S.