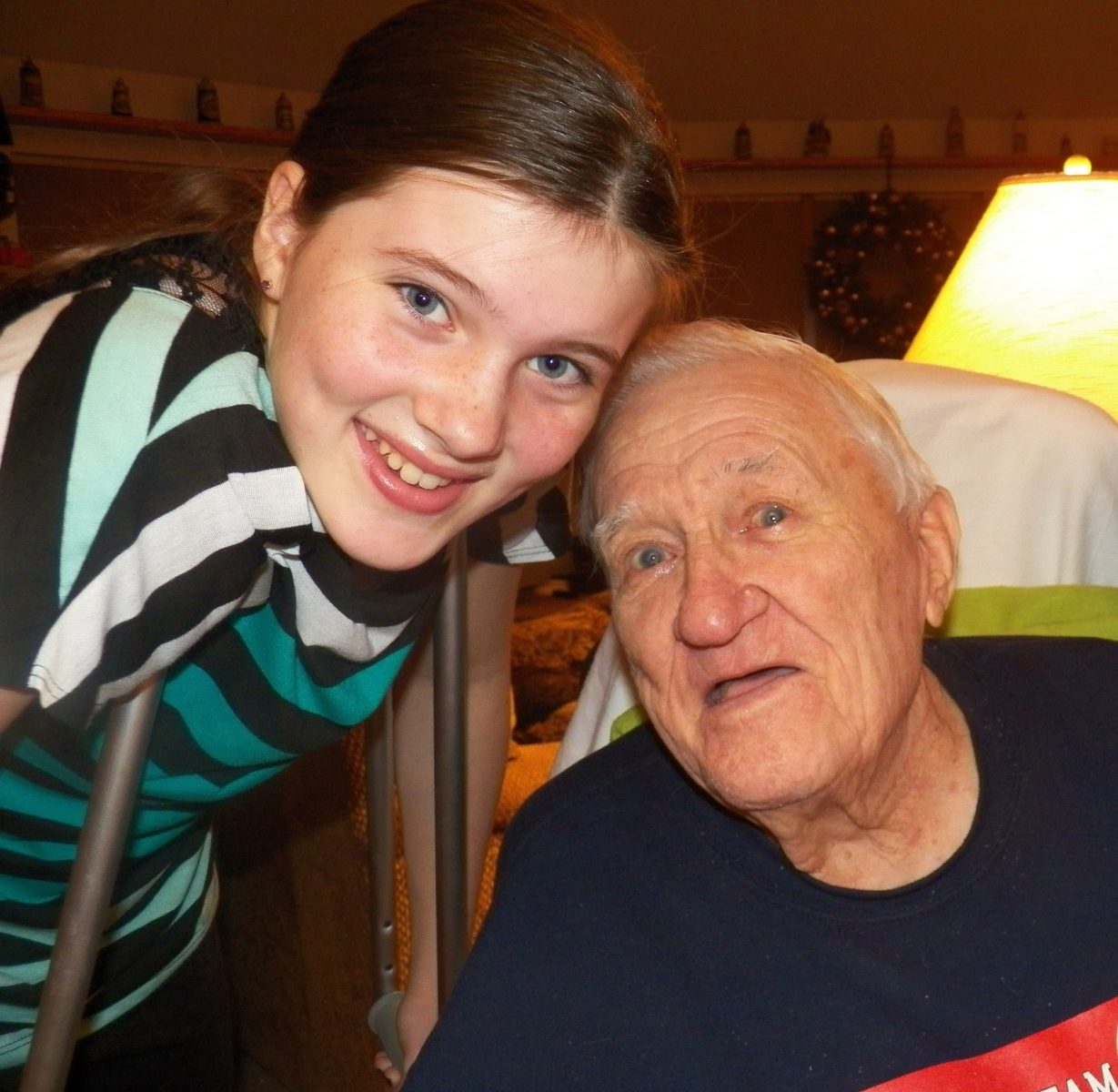 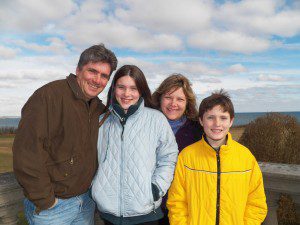 The Matuszczak Family: Kealyn Matuszczak second from left, with her father Kevin, her mother Chris, and her brother Caden. (Photo submitted)

WESTFIELD – Kealyn Matuszczak, 13, is a seventh-grader from North Middle School and one of three finalists in a national Memorial Day video contest sponsored by the Vietnam Veterans Memorial Fund (VVMF).
Matuszczak answered the question, “What does honor in times of war look like?” by interviewing four local veterans from WWII, the Vietnam War, Operation Enduring Freedom and Afghanistan. The other two finalists are eleventh-graders from Florida and New York State. The grand prize winner will be determined by the greatest number of votes gathered on social media and voting closes on Sunday.
Matuszczak said she was inspired by her great-grandfather, Charles Allard, who served in WWII, and is one of the veterans featured in the video. Also featured are Ramon Diaz, Jr., and John Velis of Westfield, and James Laverty of Chicopee.
“There are a bunch of veterans and soldiers here,” Matuszczak said. “I did it for them, so I could make them feel good.”
The project was suggested by Heather Daponde, her seventh-grade reading teacher at North Middle School. Last year, Daponde’s class won an award from the VVMF for a website the students created called Hometown Heroes.
This year the turnaround time for the contest was only a few weeks, so Daponde asked Matuszczak if she wanted to tackle the project herself.
Matuszczak had never created a video before. She worked with Microsoft Movie Maker and recorded using audioBoom.
“She spent countless hours working on it before she went to space camp a couple of weeks ago,” her father, Kevin, said. “We’re just so proud of her.”
Kevin Matuszczak is a letter carrier in Chicopee, “probably one of the best you’ll find,” according to his daughter. Her mother, Chris Tolpa-Matuszczak, is an English supervisor for the Westfield Public Schools.
Kealyn explained that anyone who wants to vote for her video can go on Facebook, YouTube or Twitter and search VVMF to find all three videos. If she wins the contest, she and a parent will go down to Washington D.C. on Memorial Day, and she will present the video in front of the Vietnam War Memorial. Her father said they will all make the trip if she wins.
Matuszczak is also an accomplished gymnast, who was state champion in her division last year. She has states coming up again in two weeks. She excels in all four events, according to her father.
“I like reading. I like planes. I want to design the interior for jets when I grow up. I also love cats,” she said of her other interests.