Starting his position as a police officer in Southwick, on March 9, 1990, Day held several different duties during his tenure. Besides being a Sergeant, Day was a medical director, a certified first-responder in CPR (Cardiopulmonary Resuscitation), a dive team member, certified in ice diving, an accident reconstruction investigator, and a D.A.R.E. officer, just to name a few.

Despite all of the various responsibilities that Day had as an officer, he still can’t believe how he has gotten to this point so quickly.

“I look back at it and I can’t believe it’s been 30 years already,” said Day.

There are a number of things Day may miss from his job, but he’ll certainly miss the strong connections with all of the other officers in the department.

“It builds a brotherhood,” said Day. “That’s probably what I’m going to miss the most.” 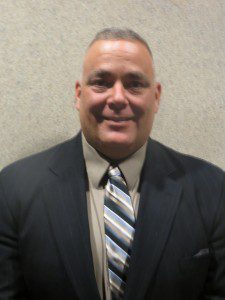 A few town officials and members of the Southwick Police Department made their remarks about Day’s impact in his 26 years with the force.

“I had the pleasure to work with Don (Day) since the start of his tenure here at the police department,” said Lt. Kevin Bishop.

Bishop will always remember when he was the day shift supervisor, and Day was a valuable officer for him.

“He was always an officer I could count on,” said Bishop.

Karl Stinehart, the Chief Administrative Officer for the Town of Southwick, and Russ Fox, a member of the Select Board, were both on the Select Board when Day was interviewing for a police officer position and was hired.

“We are definitely going to miss Sgt. Day,” said Stinehart. “He did very well, fit in well with the community.”

Fox spoke about the fact that Day was a candidate who was fully-trained and had the prior experience.

“We were fortunate to have somebody like him come on board,” said Fox.

“He was a good guy, even-keeled, a good police officer, he was very dedicated,” said Ricardi. “We’ll miss him but he’s going to enjoy his retirement.”

Feeling that it was a good time to retire, Day said that his plans are scheduled to consist of relaxing and living on Cape Cod for the summer, certainly with some fishing involved.