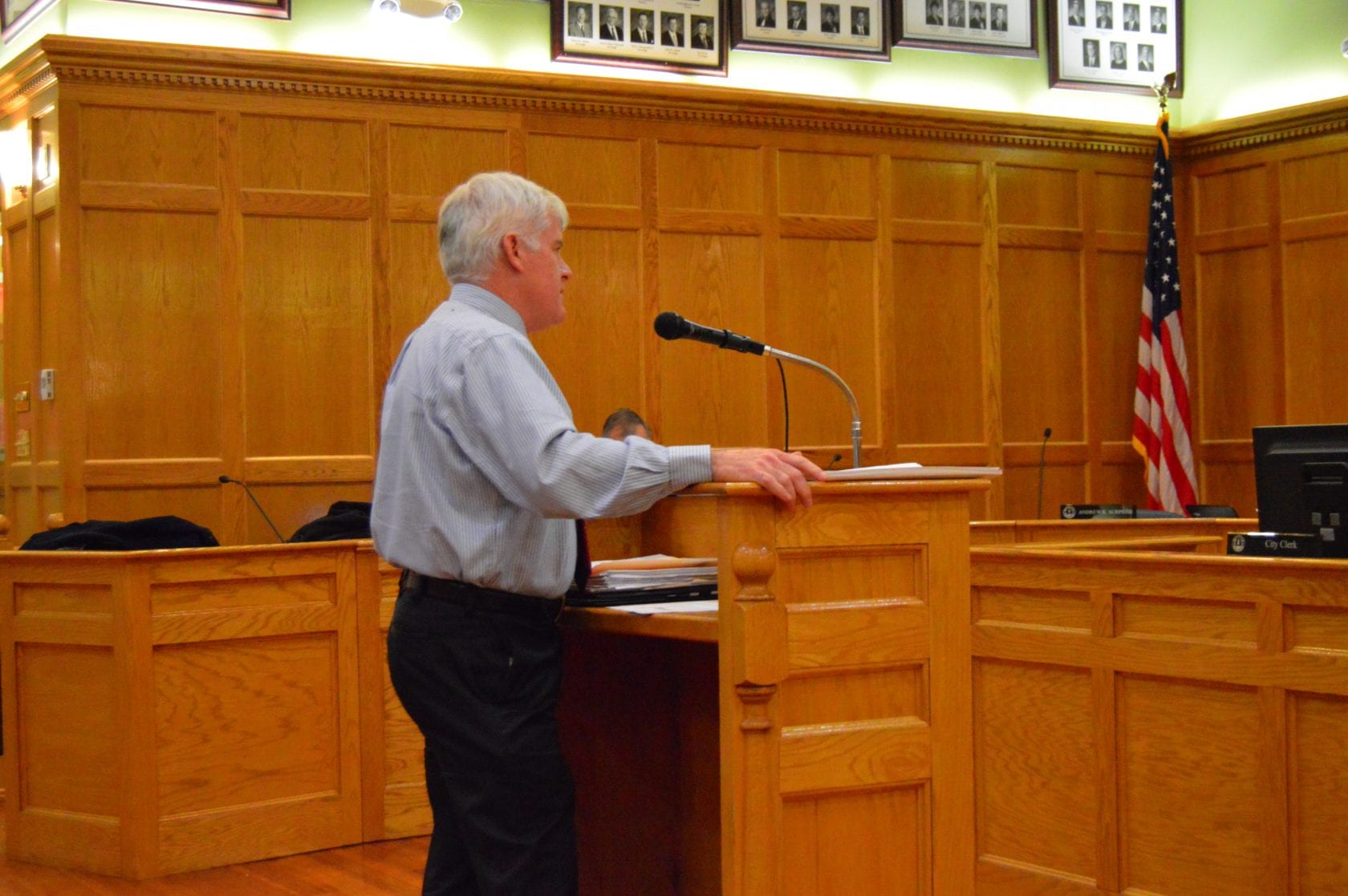 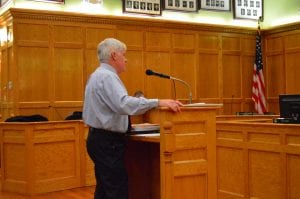 Westfield City Advancement Officer Joe Mitchell explaining the details of the payment in lieu of tax agreement between the city, Green Street Power Partners, and Terawatt. (Photo by Peter Currier)

The agreement with the two companies would authorize a payment in lieu of taxes in regard to personnel property tax. The agreement is in relation to the solar panel farm that was recently opened on Southampton Road.

City Advancement Officer Joe Mitchell was present to explain many of the details of the agreement. Mitchell first noted how happy with the solar project he is and emphasized it’s minimal environmental impact.

“it’s a great project on the north side that is going to generate revenue,” said Mitchell, “it also has zero truck impact as well as almost zero impact on the aquifer.”

Mitchell explained that the tax agreement would not have any effect on the taxation of the land that the solar farm resides on. Rather, it would affect the tax on the solar panels themselves. Mitchell said that because of the way technology advances, it is possible that the panels are eventually replaced with more efficient models that could take up less space.

“In order to make it more predictable to investors and the city, you can enter into a payment in lieu of taxes agreement,” said Mitchell.

The agreement for the Southampton Road solar farm will give the city $12,808 per megawatt per year from the two companies for 25 years as long as the panels are on the property. The solar array will generate an estimated 4.8 megawatts per year, which would bring the annual payment by the two companies to $61,478. 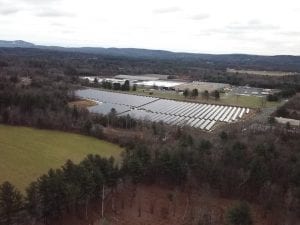 A birds eye view of the solar array. This photo was taken by a camera mounted on a drone shortly after the ceremony. (Photo submitted by Craig Dwyer)

“We took the value of the project today while it is brand new and applied a depreciation to it, then averaged it out over the 25 years,” said Mitchell.

Mitchell noted that while solar panels used to degrade rather quickly, they are now much cheaper to make and last much longer than before. There is also a provision in the agreement if the current panels are replaced with more efficient panels within the 25 years. The payment in that case would still be $12,808 per megawatt.

The agreement also provides a clause that would allow for a five-year extension and renegotiation at the end of the 25-year period. Additionally, there will be a cost analysis provision that will allow the city to weigh the costs and benefits of replacing damaged panels at different points in the 25-year plan. As an example, Mitchell said that if there is a hail storm in the first year and some of the panels are damaged, they will likely be replaced. However, if some of the panels are damaged and there are only two or three years left on the contract, they may opt to not replace them if they do not find it necessary.

Mitchell took a moment at the end of the meeting to mention the Westfield Community Solar Program. The program, which will accept up to 250 Westfield residents, will allow residents to receive a $50 to $80 compensation each year. It is run by Green Street Power Partners as an incentive to have solar power in the city.

“They say there is no such thing as a free lunch,” said Mitchell, “but in this case there really is.”