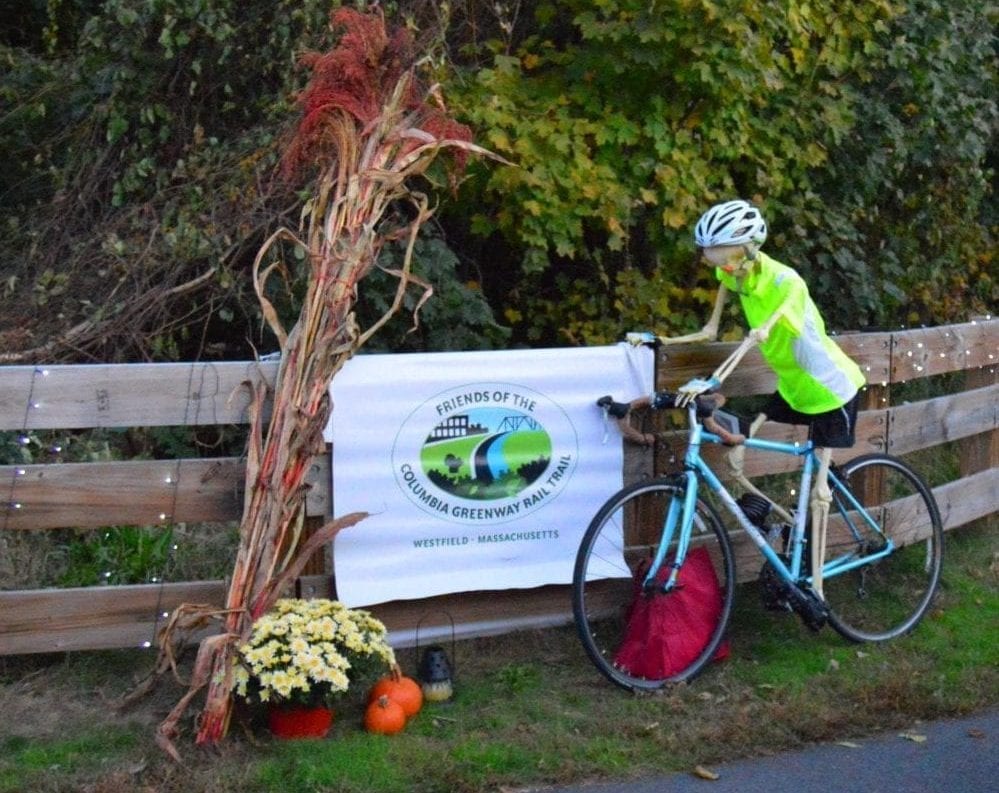 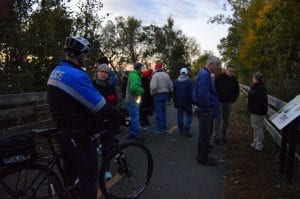 Westfield Police Lt. Eric Hall speaks with participants as they wait at the first historical marker. (Photo by Peter Currier)

Approximately 30 people of all ages gathered at 6 p.m. with flashlights and warm clothes to walk on the trail as the sun set and the moon rose over the horizon. Some children that took part were donning Christmas lights that made them easily visible in the dark. A Westfield Police Officer escorted the group on his bike.

The walk stopped at historical markers that displayed the history of the trail and the surrounding area. Board members of the Friends used those stops as an opportunity to speak about the trail. 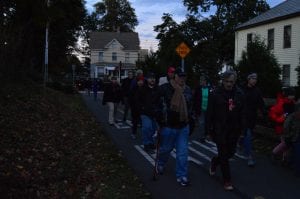 The group participating in the Glow Walk making their way onto the trail. (Photo by Peter Currier)

“We commissioned these signs through Westfield State University,” says Chris Steger, Secretary for the Friends of the Columbia Greenway Rail Trail board f directors.

The trail runs down to the state border with Connecticut, but it is not yet finished. “We had a public hearing last week about completing the final section, says Steger, “we’re hoping for a 2020 completion date.”

That portion of the trail would extend from the Stop and Shop on Main Street north, through the center of the city, to the Westfield River. 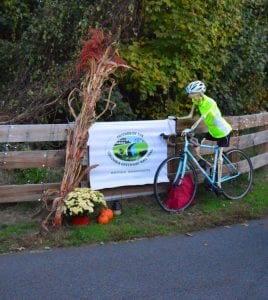 Barry Bones, mascot of the Glow Walk, sits at the top of the ramp leading to the trail. (Photo by Peter Currier)

stunning view of the moon rising over the horizon. While people took images of the moon, Friends President, Joseph Giffune, spoke more about the greater trail.

“It’s part of a 90 mile network of trails that starts at Yale University in New Haven,” says Giffune, “We started it in 1995, so it’s taken 22 years to complete, which isn’t bad for a rail trail.”

After the stop to view the moon, the group turned and walked back to the starting point in pitch darkness.