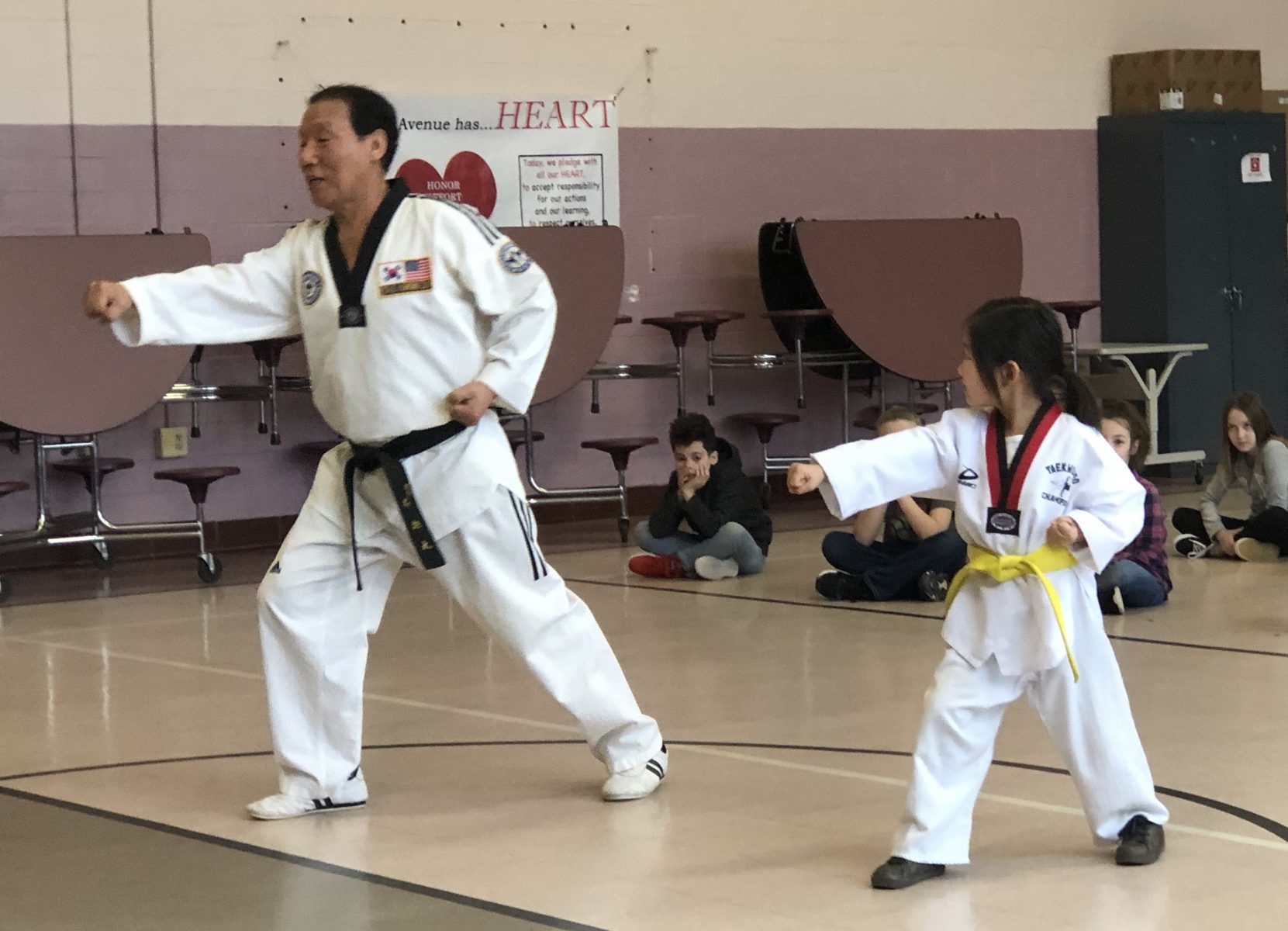 Principal Christine Tolpa said that Park, whose daughter Grace is in kindergarten at Franklin Avenue, approached her in November about introducing her students to the martial arts. Nina King, physical education teacher at the school, thought it would be a great physical activity for the students during their morning enrichment periods, and a great way to expose them to something new. 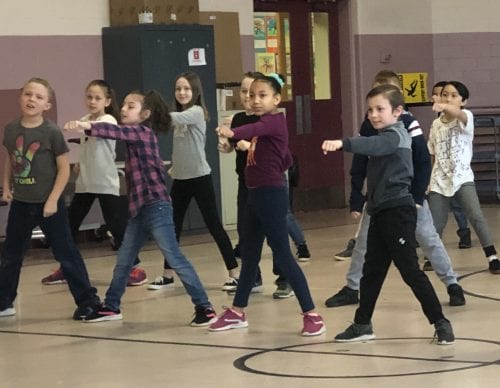 She said both father and son have won numerous awards, nationally and internationally. Grand Master Park also went through some exercises with his granddaughter Grace during the demonstration. 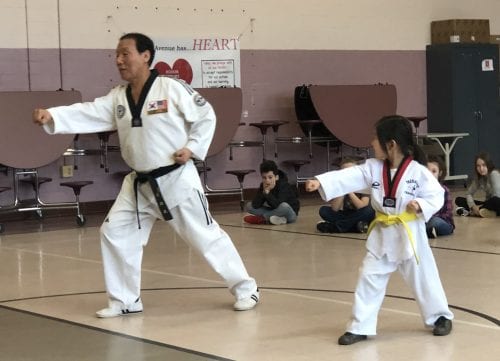 Tolpa said that Park donated his time, his skills and his effort for the classes. He also offered one-month free classes at his studio at 98 Franklin St., for third graders who want to continue with the lessons.

“We have such a generous community. It’s wonderful to be in collaboration with the outside community,” Tolpa said.