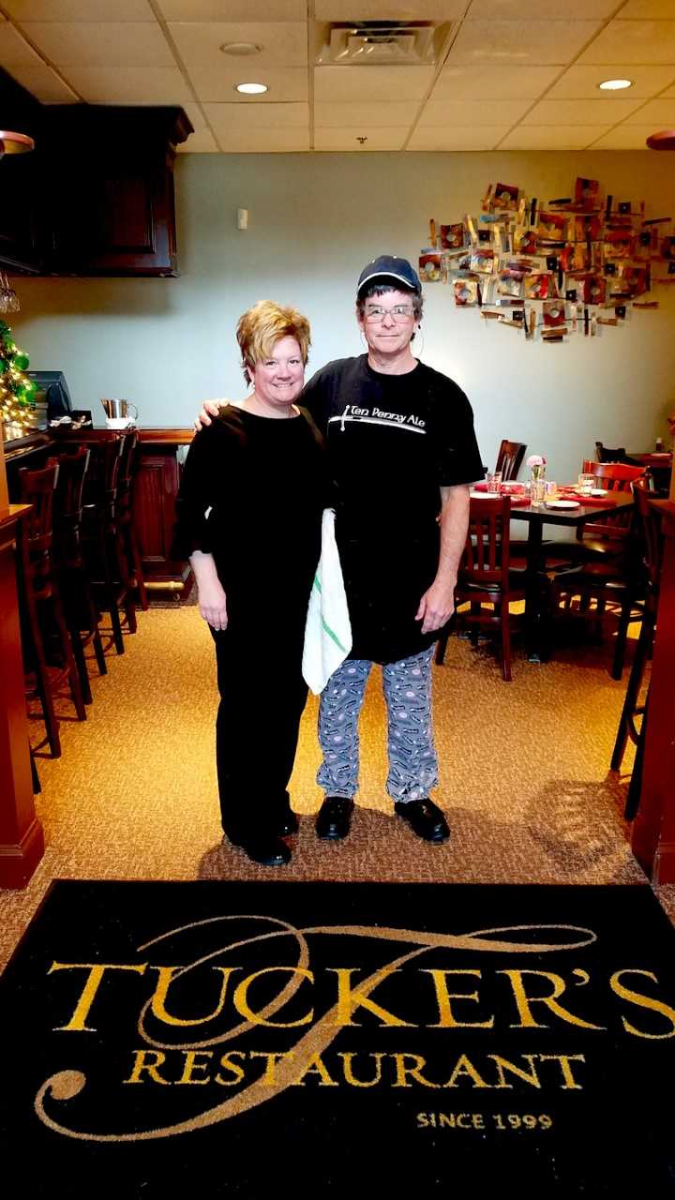 SOUTHWICK – Tucker’s Restaurant will be celebrating their 20th year this Tuesday from 5:30 p.m. until 7:30 p.m. in their dining room.

The celebration is a free event open to the public with Hors d’oeuvres that will be prepared and served by Tucker’s Executive Chef and co-owner Michael Anderson. Skyline Trading, of Westfield, will be providing some of their own treats. 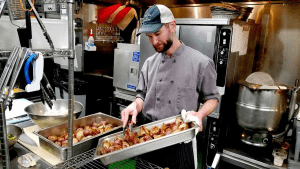 The 20th Anniversary Party on Tuesday evening isn’t just to celebrate 20 years as a business, it’s also an opportunity for the owners of Tucker’s to thank their loyal customers.

“It’s just for customers to come and tell them that we appreciate them and if it wasn’t for them, we wouldn’t be here 20 years,” said Tucker’s co-owner Karen Anderson.

Over the years, the employees of Tuckers have seen many familiar faces frequently enter their restaurant.

“We definitely do have our regulars,” said Anderson. “They’re like our family now, they ask, ‘how are the kids, what’s going on?’ They are our extended family.””

Making it their mission to provide a superior dining experience, Tucker’s was established on April 15, 1999 when the restaurant was located across from the current post office on 653 College Hwy.

From the beginning of his culinary career, Michael Anderson had a strong desire to open a restaurant.

“I always wanted my own place,” said Anderson. “That’s what it said on my resume.”

Due to that location only having enough space to seat up to 45 people, Karen and Michael Anderson decided it was time to build a new restaurant. On March 1, 2006, Tucker’s officially opened at their current location at 625 College Hwy. The current building features seats for at least 88 people in the dining room, something the Anderson’s were used to when they both previously worked at Storrowton Tavern. 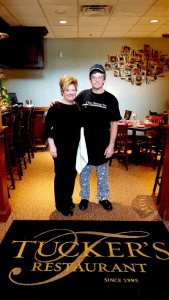 The journey of creating Tucker’s all began in 1983 when Michael Anderson started working at Storrowton Tavern as a dishwasher. Working all the way up the ladder to cook and then to executive chef, Anderson worked alongside the former and late owner of Storrowton Tavern, William “Tucker” Kavanaugh. When Anderson decided to own a restaurant in 1999, he named it Tucker’s after Kavanaugh’s nickname.

“He was kind of like my mentor after 10 or 12 years of seeing him work like a dog,” said Anderson.

Anderson takes a lot of pride in the consistency of the meals he’s prepared for customers throughout Tucker’s existence.

“I’ve tried to stay the course of what I’ve learned from “Tucker” (Kavanaugh) as far as working hard and keeping the product the same, consistent,” said Anderson.

Anderson did say that part of the elegant flair and creativity to some of Tucker’s food comes from one of his cooks, Brad Kline, who’s been creating dishes at Tucker’s for at least 17 years now.

Throughout their 20 years, Tucker’s has evolved but has also kept their traditional vibe, which includes having corned beef available every March and lamb in April.

It’s not just the meals and the dining experience that has made Tucker’s so successful, as they have worked hard to be a community-based small business. Tucker’s hosts community organizations such as the regular meetings of both the Rotary Club and Kiwanis Club. In the past, Tucker’s has also given a month’s worth of soup to the Westfield Senior Center and sponsors a little league baseball team.

Even if people can’t make it to the 20th Anniversary Party on Tuesday, lunch and dinner is offered at Tucker’s from Tuesday to Sunday and also cater for private parties. Visit the Tucker’s website for more information and details or call them at 413-569-0120.