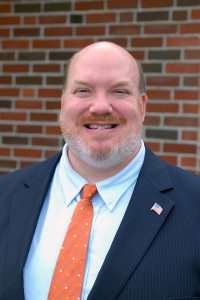 WESTFIELD – State Rep. John Velis (D-Westfield) filed a late bill Tuesday to form a committee to study gun-free zones, particularly where there are military personnel.
“This is a direct response to what happened in Chattanooga, Tenn. last week,” said Velis, referring to a terrorist attack on unarmed military personnel in a recruitment center where five Marines were killed.
Velis said he hopes the committee will include an anti-terrorist member, a state police member, and member of GOAL (Gun Owner’s Action League), the Massachusetts affiliate of the National Rifle Association, among others.
Since filing the Act Relative to Gun Free Zones Tuesday afternoon, Velis has received several requests to co-sponsor the bill from colleagues in both the House and Senate, including Sen. Donald F. Humason (R-Westfield).
Velis said “2015 is a dangerous time.” Leaving U.S. military unarmed when ISIS is encouraging its supporters to attack military personnel through social media posts is something Velis said must change.
After the attack in Tennessee, some Americans stood outside recruitment centers this week with legal weapons in order to guard the unarmed military working inside.
“People are fed up with Americans being targeted,” Velis said. “And they were military personnel and were attacked and had no way to defend themselves because they were unarmed.”
Velis said the support of citizens to protect its military is honorable but it is only part of the solution.
“Do we, as elected officials, want to say we had a chance to do something about it and didn’t?” Velis said. “Just two weeks ago a man was arrested right in western Mass. connected to ISIS and was found with a small arsenal with intent to bomb a nearby university. We need to be proactive.”
Velis said the Act Relative to Gun Free Zones will go before the state Rules Committee and eventually be up for a vote. He believes there is support for the bill.
“I think there is a real push for this,” he said.
“This bill is good because it starts a conversation,” said Humason. “And it’s interesting because Massachusetts is not perceived as a gun-friendly state.”
Humason said the current laws create targets out of schools, churches and government buildings where guns are not allowed.
“People know they won’t be met with any type of armed response,” he said. “Our own military recruiters are not allowed to have firearms – they’re sitting ducks.”
Humason applauded Velis for sponsoring the bill and said he looks forward to “being part of the conversation.”
Gun Owners Action League Executive Director Jim Wallace said gun free zones have become targets for terrorists and murderers.
Critics argue that the way to curb gun violence is to have tougher gun laws.