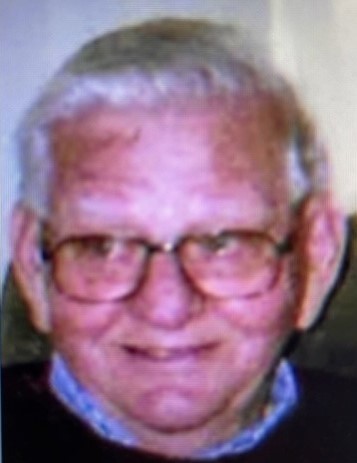 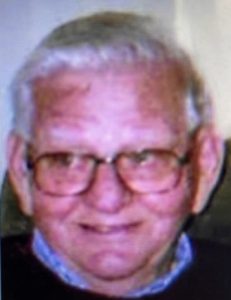 WESTFIELD – Walter F. Osowski, 92 of Westfield, passed away peacefully Friday, September 16, 2022 at Baystate Hospital surrounded by family. He is the son of the late Walter J. Osowski and Helen (Kielbasa) Osowski. He was born and raised in Westfield and was a graduate of Westfield Trade School.

Walter was a lifelong communicant of St. Joseph’s National Catholic Church in Westfield. He worked for Hamilton Standard in Windsor Locks, Connecticut until his retirement in 1995. One of his proudest work accomplishments was his participation in the manufacturing of the equipment for the moon landing during the space race in the 1960’s. Walter was also a proud veteran of the Korean Conflict and served in the Navy from 1951 until 1955 on the USS Des Moines. During his tenure with the Navy, he was inducted into the Royal Order of the “Blue Nose”, when he crossed the Arctic Circle on September 29, 1953.

Walter was predeceased by June (Pietras) Osowski, his loving wife of 68 years, in May 2021 and by his only sister Helen (Osowski) Morawiec in July 2022.

He leaves behind his children Paula Ancelli and husband Eugene of Westfield, daughter Nancy Osowski of Westfield; grandchildren Tricia Kadlewicz and husband John of Southwick, Gina Crossetti of Westfield and Paul Ancelli and wife Melissa of Westfield. He also leaves behind his eight great-grandchildren Troy, Matthew, Ruby, Robert (Tony), Eugene (E.J.), Abigail, Jacob and Nicholas. Walter is also survived by his two brothers, Stanley (Babe) Osowski and Edward Osowski, and many nieces and nephews. The family would like to extend their thanks to all the wonderful healthcare workers that took such loving care of Walter, especially Sarah Williams and Lisa Batchelor.

Walter was a lifelong baseball enthusiast and fan of the Boston Red Sox. He enjoyed watching his grandson and then great-grandson play baseball. Walter enjoyed playing tennis and was a member of the Westwick Tennis Club and could be found happily on the tennis courts well into his 80’s. In past years, Walter enjoyed traveling with his wife to South Carolina, Florida and on numerous bus tours. He also enjoyed spending time with his grandchildren on yearly trips to North Conway, New Hampshire where they would relax by the waterfalls. He especially loved his Friday afternoon dates with his great-grandchildren Tony and E.J. where they enjoyed running races and walks around the block.

The Funeral Mass for Walter will be on Saturday, September 24th, 2022, at 11:30 AM in St. Joseph’s National Catholic Church, Westfield. A Visiting hour will precede the service from 9:30AM-11AM in the Firtion-Adams Funeral Service 76 Broad Street, Westfield, MA. Burial will follow in St. Josephs Cemetery, Westfield. Donations in Walter’s name may be made to Shriners Hospital for Children at 516 Carew St., Springfield, MA, 01104.