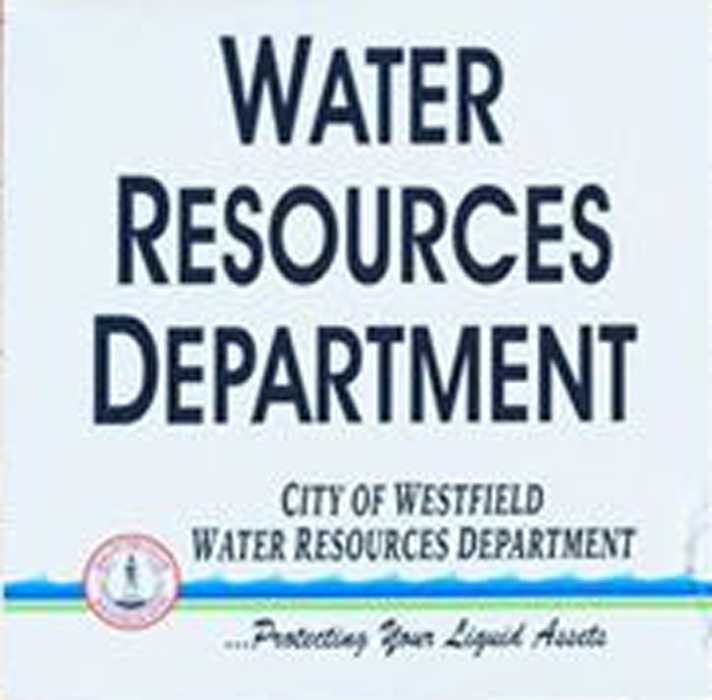 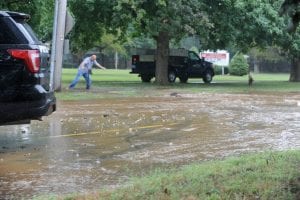 WESTFIELD – Although only a few nearby houses were reported to be directly affected by a major water main break Wednesday, a portion of West Silver Street (which is also state routes 10 & 202) was closed for more than 12 hours while the 12-inch pipeline was repaired.

A tee juncture of the water main broke before 1 p.m. under the tree belt in front of Westfield Middle School, flooding parts of West Silver Street as well as the southern end of Holland Avenue and nearby streets.

Some residents reported discolored water but the most obvious disruption due to the break was to traffic. 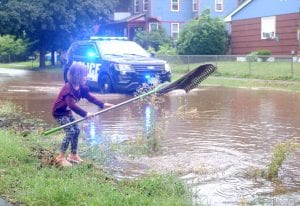 Athena Gibboms, 5, uses a rake to try to keep a storm drain flowing near her home on Holland Avenue Wednesday as city police officer Steven Carrington slowly drives his cruiser through the street flooded by a major water main break on nearby West Silver Street. (CARL E. HARTDEGEN PHOTO)

Traffic was rerouted through the neighborhood to connect South Broad Street with Pleasant Street to maintain the flow of traffic on the busy north/south state highway as workers from the city’s water department, the Department of Public Works and J.L. Raymaakers & Sons dug up the tree belt to access the broken pipe.
West Silver Street was closed to traffic from Broad Street to Howard Street as water spewing from the broken pipe flooded the street and flowed down Holland Avenue. 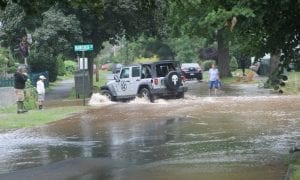 Local residents who had been helping to unclog catch basins on Holland Avenue stay out of the way as a passing car slowly makes its way down the flooded street and turns on to Hancock Street. (CARL E. HARTDEGEN PHOTO)

Despite the efforts of some nearby residents who attempted to unclog the storm drains and keep the water flowing, water was ankle deep on the avenue as far as Hancock Street and beyond.

The crews worked late into the night to replace the tee joint and completed their task after midnight, allowing normal water – and traffic – flow to resume by 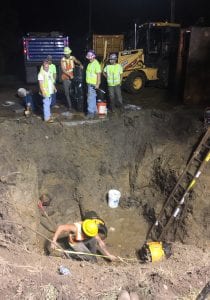 Workers from J.L. Raymaakers & Sons and the city’s water department work late into the night Wednesday to replace a tee joint in a 12-inch water main which broke during the afternoon under the tree belt of West Silver Street. (CARL E. HARTDEGEN PHOTO)

about 1:30 a.m. but a crew was back to work after daylight to finish filling the hole and cleaning up the site. 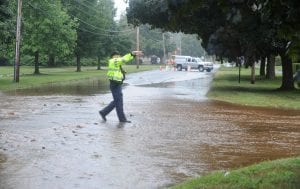 Westfield police officer Steven Carrnigton wades through the intersection of West Silver Street and Holland Avenue which was flooded by a water main break Wednesday afternoon as he signals approaching traffic to turn around. (CARL E. HARTDEGEN PHOTO)