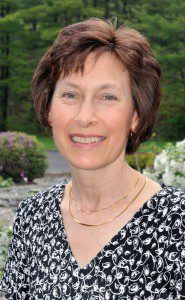 A young man obtains his grandfather’s savings account number and withdraws almost the entire three hundred dollar balance. The following week, the grandfather goes to the bank to withdraw money for his prescription medications and discovers he is penniless. A seventy-five year old woman calls in tears. She has been living with her daughter and son-in-law for several years. Lately, the couple has been arguing a lot. The mother has become the scapegoat. She is given two weeks to move out of the house and find her own place. The woman’s monthly income is $850. A ninety-year-old grandmother is being held hostage in her own home. Her pregnant granddaughter and the granddaughter’s unemployed boyfriend have taken over the house, but cannot afford to pay room and board. The older adult feels guilty about forcing them to leave. She doesn’t want to see them on the street with a new baby on the way. But the grandmother’s funds are being depleted with these two long-term houseguests. These are all examples of elder abuse occurring right here in Westfield.
Elder abuse takes many forms. It includes physical, sexual and emotional abuse, neglect, and abandonment. Verbal assaults, threats of abuse, harassment, intimidation, restraining or isolating an older adult, failing to provide a person with food, clothing, shelter, or medical care, and financial exploitation are all common forms of abuse. Willful deprivation means denying an older adult medication, a therapeutic device such as a walker or wheelchair, and exposing the person to the risk of physical, mental, or emotional harm. However, if a competent adult has expressed a desire to go without such care, then that is a personal choice and not considered abuse.
Elder abuse is vastly underreported because more often than not, the abuser is a family member. Two thirds of perpetrators are adult children or spouses and the older adult does not want to “air the dirty family laundry.” In addition, victims often have mental impairments such as dementia or Alzheimer’s disease so they must rely on others to recognize that there is a problem and advocate on their behalf. Estimates are that only one in fourteen cases of abuse is reported to the authorities.
Sometimes abuse or neglect is the result of caregiver burnout and exhaustion. The older adult won’t require assistance going to the bathroom if the caregiver limits the person’s fluid intake. When someone with Alzheimer’s disease asks the same question for the fifteenth time in as many minutes, it is understandable that an overtired caregiver may snap back verbally. Or a caregiver may justify overmedicating someone who is agitated so that the person calms down enough for the caregiver to get some much needed rest.
Saturday, June 15 is World Elder Abuse Awareness Day. Advocates all over the world will be wearing purple to bring attention to this hidden yet devastating problem. Please join the Westfield Senior Center staff and older adults throughout the city in wearing purple on Friday, June 14 to help begin the process of moving elder abuse out of the shadows and into the light. Anyone suspecting abuse, neglect, or financial exploitation in Westfield should call the Council On Aging at 562-6435 or Highland Valley Elder Services at 1-800-322-0551.
Tina Gorman
Director
Westfield Council On Aging