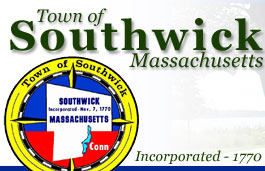 SOUTHWICK – The Southwick Parks and Recreation Association plan to include a $50,000 line item in its budget for wells at Whalley Park.
Chairman Patrick Roche said this week they plan to install two new wells and use an existing well in order to decrease its town water use.
“Our water bill for one year is about $35,000, so this will pay for itself within two years,” Roche said.
Roche said he also spoke with the American Legion Post 338 and Southwick Recreation Center about crossing onto those properties to install the wells.
“They’re having a meeting next week to talk about it, but it doesn’t look like it’s going to be a problem,” he said.
Commissioner John Whalley said the new wells would be dug near the existing one behind the back parking lot. He said there is an existing fence around Whalley Park and the Commission would like to go behind the fence to put in the irrigation wells, which would likely mean crossing over onto other property.
Roche said he has spoken with the town health inspector and Conservation Commission about the wells and there does not appear to be any concern.