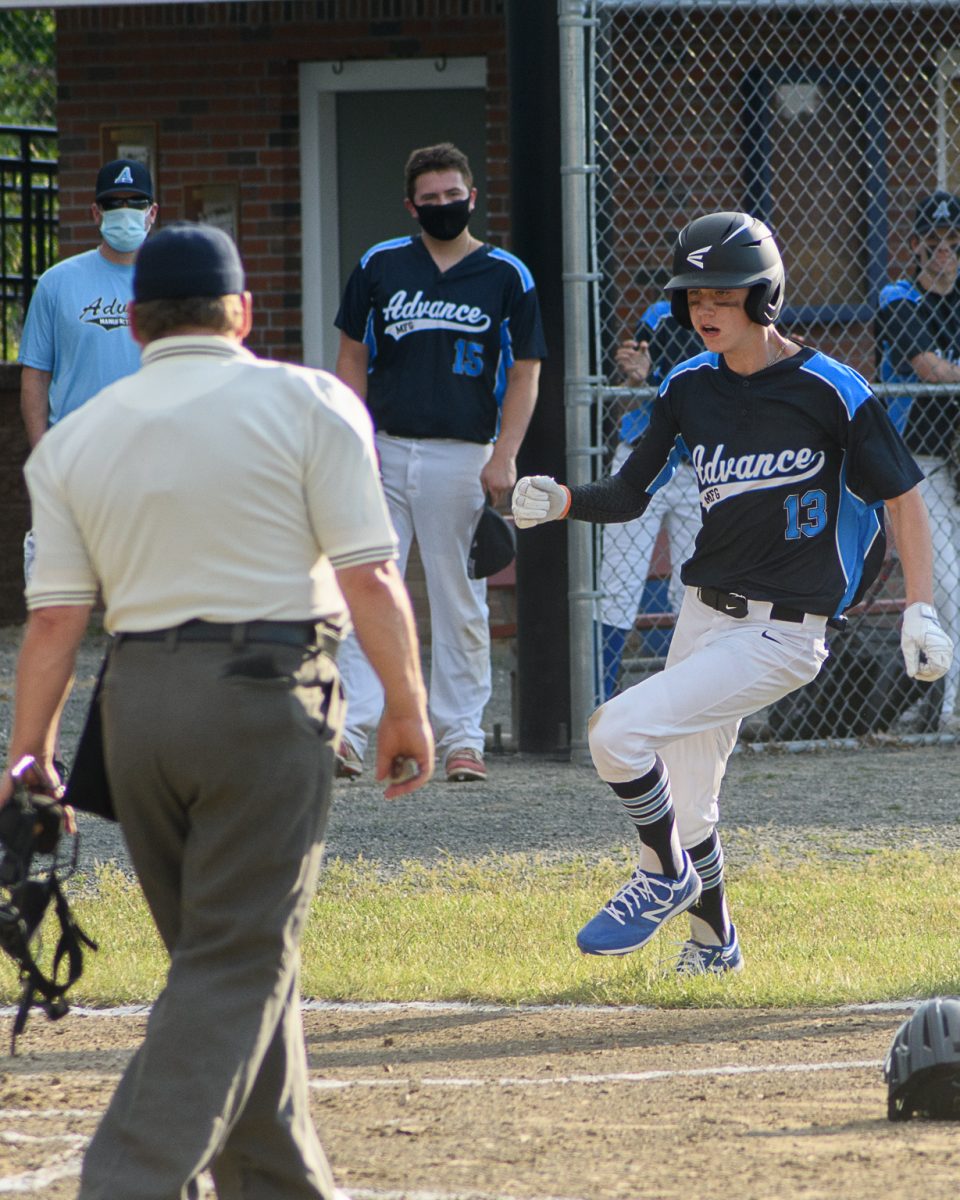 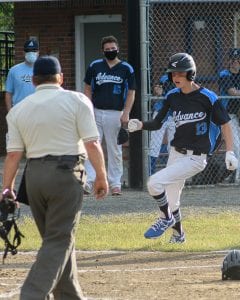 WESTFIELD – Neither the coronavirus nor distant thunder nor EEE (primarily confined to the Berkshires as of press time) could stop the Greater Westfield Babe Ruth Baseball League from finally taking the field for the first time Monday.
It turned out to be a profitable night for Westfield Bank, which cashed in with an 8-3 win over Advance Manufacturing at Bullens Field.
“I’m glad we can be out here even under the restrictions,” said Westfield Bank’s clean-up batter Joey Calderella, who broke open the game in the top of the sixth inning with a towering RBI double. The extra base hit scored Jacob Wagner, who also reached on a booming double to left field. “It’s odd but I feel like you get used to it quick.”
“It feels great,” Wagner said. “It can’t get any better. …We’re just trying our best, coming out, just playing and having fun.”
Westfield Bank fell behind early 1-0 in the bottom of the first when Advance Manufacturing’s Brayden Burgielewicz smacked a one-run double, and again 2-1 in the fourth when Burgielewicz drove in Dylan Arooth with a double. Arooth just beat the tag of the at home plate, sliding under the catcher’s mitt.
Westfield Bank tied the game 1-1 in the top of the fourth on Jacob Mello’s soft hit roller up the middle. In the fifth inning, Noah Luis knocked in Patrick Flaherty to knot the game at 2-all. An infield error allowed two runs to score. A fielder’s choice made it 5-2.
Advance Manufacturing cut the lead to two, 5-3, in the fifth on a bases-loaded walk from Evan Grant. Westfield bounced back in the top of the sixth with Wagner and Calderella’s back-to-back doubles. A one-run single from Deven Werbiskis made it 7-3.
Raymond Vergara manufactured one more run in the seventh for Westfield Bank, reaching on a hit by a pitch, advancing to second base on a wild pitch and scoring on a Luis base knock.
Said Calderella: “We didn’t leave many runners on at the end of the game which was really key, and we limited our errors and pitched really well. …We’re just trying to win as many (games) as we can, and have fun.”