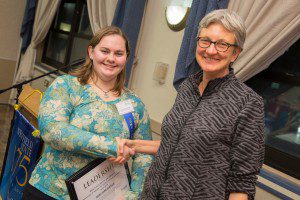 WESTFIELD – Westfield State University President Dr. Elizabeth Preston has named seven students as winners of the University’s prestigious Presidential Award.
Prior to a meeting of the University’s Board of Trustees earlier this month, two of the winners, Josephine Lannon and Brittany Moniz, seniors from Amesbury and Leominster, respectively, were brought before the board by Vice President of Student Affairs Dr. Carlton Pickron to be recognized for their achievements. 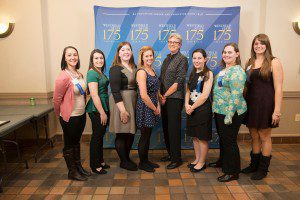 According to Pickron, the key criteria for earning Presidential award honors include “high academic standings plus leadership”.
“You must be in leadership roles throughout your academic career,” he said.
Pickron explained that the university had an association with the “Who’s Who in American Colleges and Universities”, but that the school’s Student Government Association voted to pull out of that system because of it seeming ike a “popularity contest” and “trying to sell a product instead of truly valuing the great works of and honoring our students.” 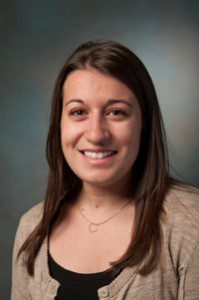 This led to the establishment of the Presidential Award at the University in 2007.
This year’s crop of award winners included the two present at meeting, who both received special recognition from the Board.
Lannon is a nursing major with 3.63 grade point average, a mark which prompted Pickron to refer to her as “extremely special” for what she represents to the new nursing program and the institution.
“This is the first time any board of trustees has had a senior nursing major stand before them,” he said proudly.
Pickron added that Lannon is also active with the university’s nursing faculty, is a class rep for the nursing club, tutors students with major coursework, organizes health-related events such as blood drives, and works with the psychiatric unit at Noble Hospital.
The cheery senior also gave the board a sneak peek at what is in store next semester. 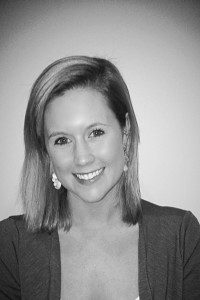