WESTFIELD—Massachusetts Governor Charlie Baker appointed Lydia Martinez-Alvarez of Springfield, Mass. and reappointed Steven Marcus of Winsted, Conn. to the Westfield State University Board of Trustees. Terrell Hill of Windsor, Conn. and student Cameron Swan ’19 of Medway, Mass. were elected to the positions of Alumni Trustee and Student Trustee, respectively.

“Westfield State University Board of Trustees is gaining and preserving much intellectual capital from newly appointed and re-appointed members,” said Westfield State President Ramon S. Torrecilha. “We thank all of our trustees for their dedicated service.”

Martinez-Alvarez and Swan were officially sworn in on September 18. 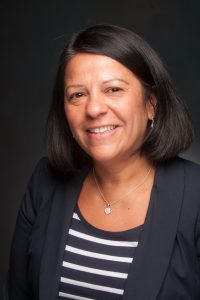 Martinez-Alvarez made history when she was selected as the first Latina to serve as Assistant Superintendent at Springfield Public Schools, a role she has held since 2012. A first-generation college student, and Springfield native, she has dedicated her 20-year career to serving the school system from which she graduated.

Throughout her career, she has been recognized for her commitment to the City of Springfield and its children and was honored with the A.W.A.K.E. Excellence in Education Award, the Barbara Rivera Lifetime Achievement Award, the Pioneer Valley Project Change Agent Award and the Westfield State Urban Education Alumna Award.

She holds a Bachelor of Science in Business Management and a Certificate of Advanced Graduate Studies from Westfield State University, a Master of Arts in Teaching from Elms College, and is a doctoral candidate at American International College. 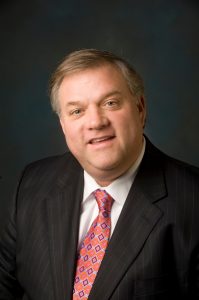 Steven Marcus is the founder, president, and CEO of New England Geriatrics, West Central Family and Counseling, a progressive healthcare organization that provides complete, high-quality psychiatric services to residents and their families in long-term care facilities throughout the Commonwealth. What began as an organization with five employees and five long-term care facilities has grown into 275 employees that serve more than 135 facilities.

In June, Marcus was elected to his second term as chair of the Board of Trustees. During his first term, he also served as chair of the search committee that selected Westfield State’s 20th president.

He holds a Bachelor of Arts in Philosophy, Sociology, and Psychology from Westfield State University and a Master of Social Work from the University of Connecticut. 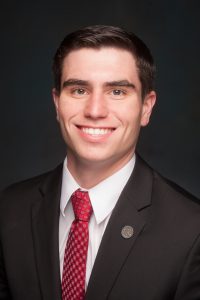 Swan is a junior majoring in Psychology and minoring in Business Management and Writing. During the school year, he works on campus as a tour guide.

Swan is a member of the Musical Theatre Guild at Westfield State University, and has served as co-technical director since 2016. He is also a member of the Night Owls, a co-ed singing group.

Swan has been involved in Student Government Association since 2015, serving as a Class of 2019 Representative and then as an Executive Board Member. He is in the Westfield State University Honors Program and is a member of the Psi Chi National Honors Society. In 2017, he was named the recipient of the Executive Excellence Award at the Student Government Association Award Banquet. 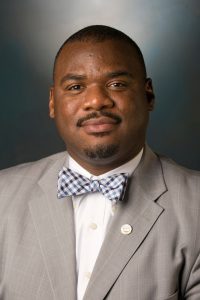 Hill is the assistant superintendent for Human Resources at Windsor Public Schools. There, he has improved the schools’ diversity numbers by increasing the number of people of color hired annually. He also led the transition to digitize all files and implemented practices to improve communication and morale. Hill also serves as an adjunct faculty member at the University of Connecticut, Storrs.

He earned his bachelor’s degree in Business Management from Westfield State University, his master’s in Higher Education Administration from UMass Amherst, and is currently a doctoral candidate at UMass Amherst.

Hill is a former member of the Westfield State University Foundation board, previously served as an adjunct professor, and is a veteran of the U.S. Army.