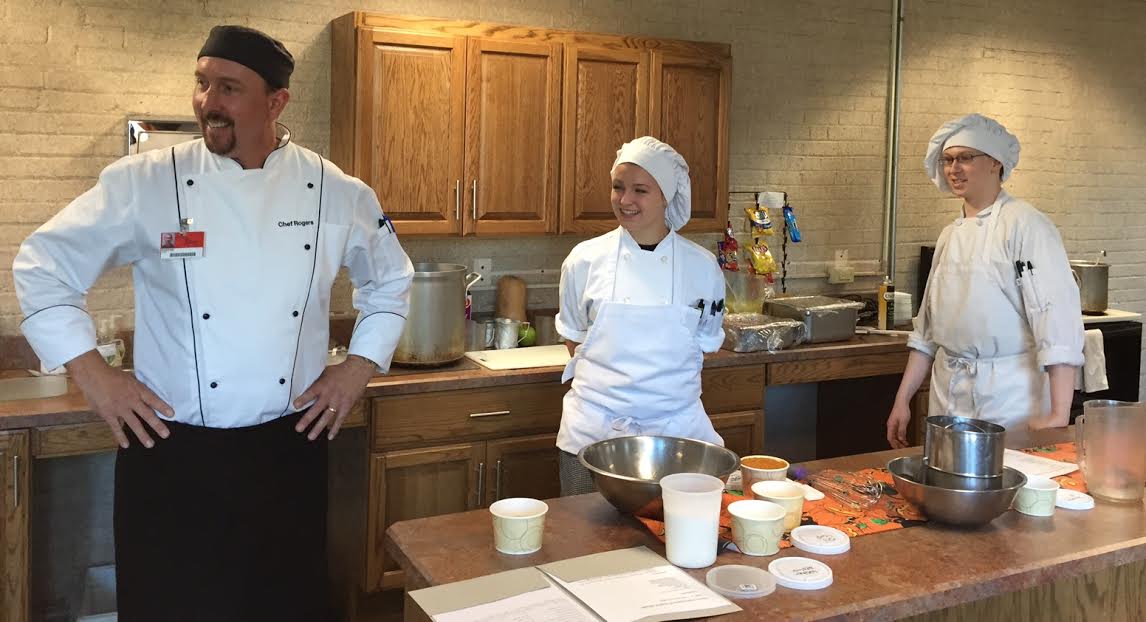 Chef Eric Rogers, who is one of the culinary teachers in the program, came to the senior center with two of his students. Both juniors at Westfield Technical Academy, Nathan Ethier and Emily White helped Rogers with the event.

The event was a cooking demonstration class that was held in the cafe at the Parks and Recreation Center of the town hall. It was open to all seniors at the Southwick Senior Center.

As this was the third trip for Rogers and his culinary program doing the cooking class to the public, Tuesday morning’s class marked the first one of the 2016-17 school year.

“I think it’s a great opportunity for the students,” said Rogers. 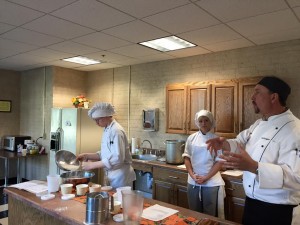 On the menu for the seniors was a Down-East Maine Pumpkin Bread and an Autumn Bisque as the soup.

Ethier showed the seniors how to make the pumpkin bread. Explaining every step that he was going through with the recipe, the seniors would ask questions and make comments about what was going on. Rogers would also frequently stop the process and offer more insight to the crowd.

Following right after Ethier, White then stepped in and took over to show how to make the Autumn Bisque.

After each of the treats were finished being baked and cooked, they were offered to the seniors to eat and see how they liked it.

While the seniors enjoyed the class as well as testing out the food, both Ethier and White were also pleased with the experience.

“It’s a great opportunity getting out here,” said White. “I thought it was really cool to teach something to someone that they wouldn’t have known,” said Ethier.

For Rogers, he had fun interacting with his students as well as the seniors, to help make the experience a success.

“We try to create some dialogue between the students and the guests,” said Rogers.

The idea of the culinary students cooking for the Southwick Senior Center was first brought up by Southwick Council on Aging Director Cindy Sullivan. 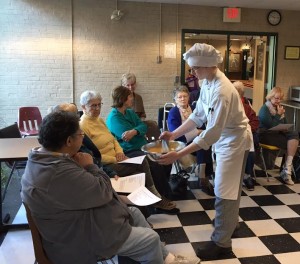 As a member of the Westfield School Committee, Sullivan heard about the culinary students from the Westfield Technical Academy beginning to teach classes to the public.

Sullivan pointed out that she has been making it important to try and do more intergenerational events for her seniors.

Although the next time the Westfield Tech culinary students come cook for the Southwick Senior Center is not set in stone as of yet, both Rogers and Sullivan noted that they will be working on a date and time shortly.