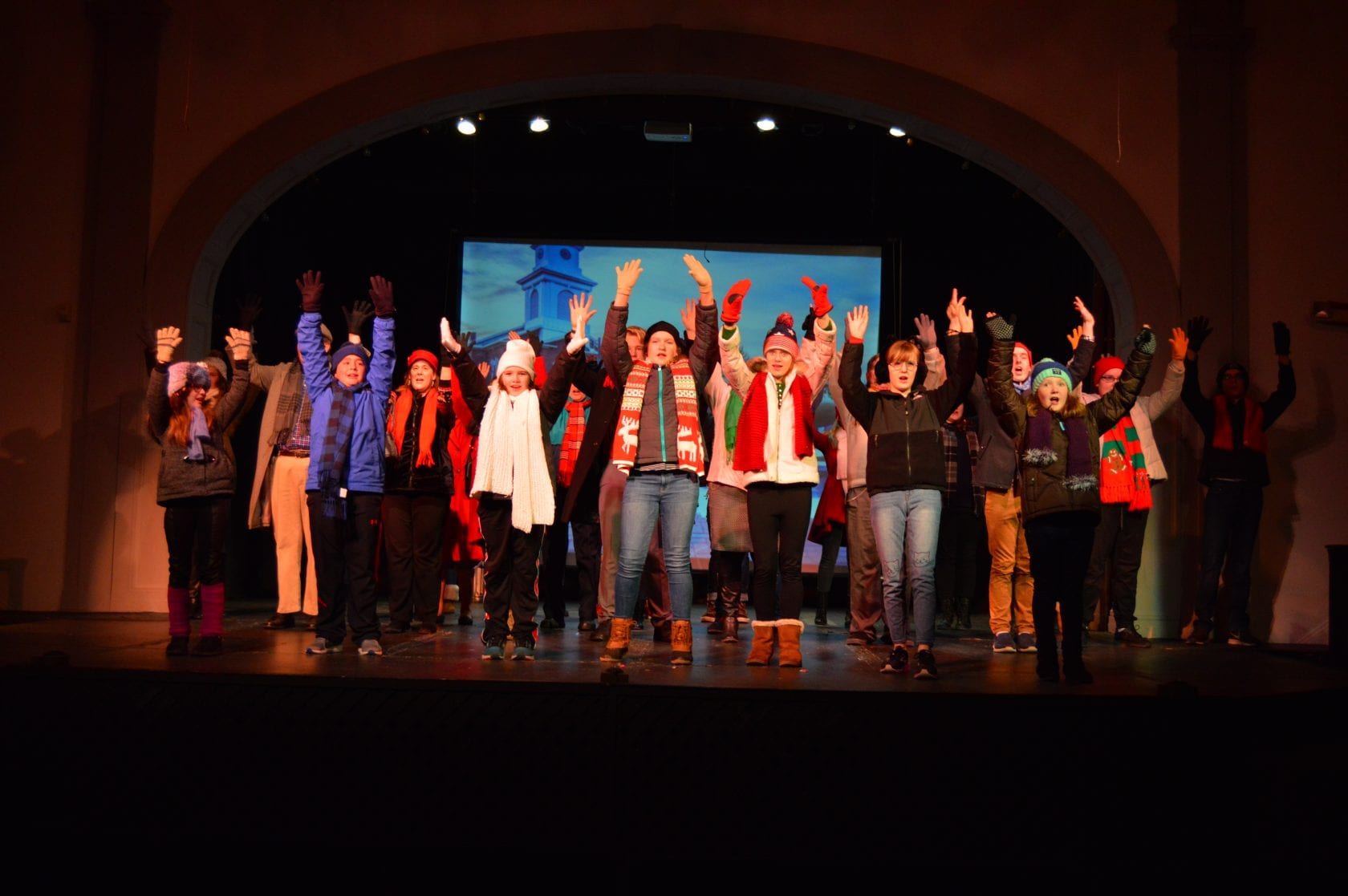 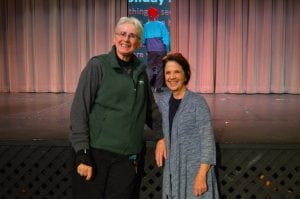 WESTFIELD- The Westfield Theatre Group will begin performing its annual holiday show Friday night at the Westfield Woman’s Club with a run of the original musical, “Holiday Spirit.”

The show, which has been performed by The Westfield Theatre Group several times in past years, tackles the modern issues of bullying, Post Traumatic Stress Disorder, and homelessness.

“The ending is trying to put the holiday spirit into some of these issues and make them work,” said Kathy Palmer, writer and director of the play, “We don’t pretend to solve them. I taught school for 40 years and I can’t solve them.”

Palmer said that she wants to present these problems to the public in a lighthearted, family friendly manner. There is a cast of nearly 40 people in various roles. There are 15 adults, 14 teenagers, and several children with different roles in the play. There is a pit band of eight musicians performing music along with the actors and actresses onstage. The musical numbers in the play are written and directed by Marion Dunk.

“It’s an eclectic mix of all ages,” said Palmer.

The musical numbers in the show are written and directed by Marion Dunk. 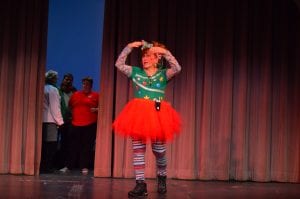 Carol Palmer in costume for the title role of the Holiday Spirit tries to see through the bright stage lights during microphone checks. (Photo by Peter Currier)

The play, which has been performed during several holiday seasons in Westfield, has seen an impressive turnout in years past.

“It has built up a reputation and it’s family friendly so people of all ages come to see it,” said Palmer, “there are different things that make it a success. It’s a musical as well as a holiday show for people who want something to do with their families.”

Tickets to the show are $18 for adults, $15 for seniors, students and military members, and $23 for star seating. More information can be found at www.westfieldtheatregroup.com/.

This year’s rendition of the musical sees the return of previous actors and actresses to the show, as well as performers new to the script. Carol Palmer, who is not related to Kathy Palmer, is reprising the titular role of the Holiday Spirit, for which she was originally cast in the 2012 show. Carol has been performing with the theatre group for 33 years and is an active board member. 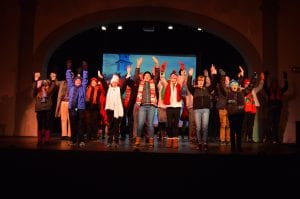 The full cast of “Holiday Spirit” performing a musical number during a dress rehearsal before the show begins its run. (Photo by Peter Currier)

“She is doing a fantastic job,” said Slozak.

The musical has an approximate run time of two hours and 15 minutes without intermission. Some cast members said that the time can vary to some degree.

“It depends on how much people clap and laugh,” said Carol Palmer.

The Westfield Theatre Group is a department of the Westfield Women’s Club. They typically put on three shows per year, with many being adaptations of existing plays like “A Christmas Carol” and some being originals within the theatre group like “Holiday Spirit.” There are preparations in place to perform an original play depicting the history of Westfield for the city’s 350th anniversary.