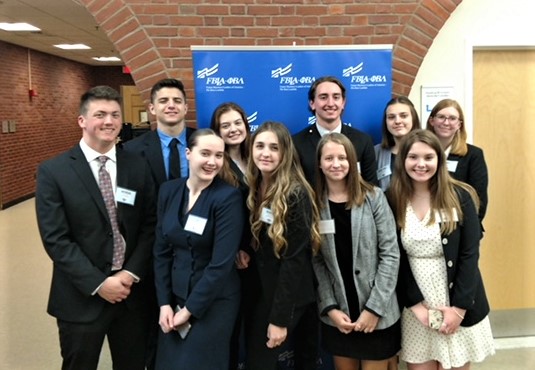 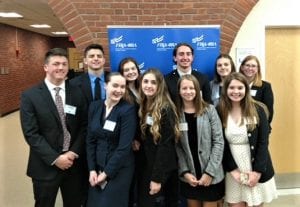 WESTFIELD – On April 8, Westfield High School’s Future Business Leaders of America Club (FBLA) traveled to Bentley University in Waltham for a statewide FBLA conference, where FBLA members around the state received results from previously held competitions on varied business subjects.
Future Business Leaders of America-Phi Beta Lambda, Inc. is the largest career student business organization in the world. Each year, FBLA-PBL helps over 230,000 members in 4 divisions prepare for careers in business. This is the second year of the FBLA Club in Westfield. 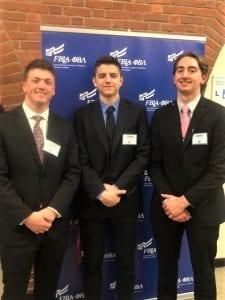 Out of the thirteen Westfield High School FBLA members, six received awards for their achievement in these competitions. Seniors Cameron Davignon, Brendan Morrissey and Stephen Hinck, who competed as a team, earned fourth place in Banking and Financial Systems. Cameron Davignon also received second place in Business Calculations, third place in Economics, and third place in Securities and Investments. 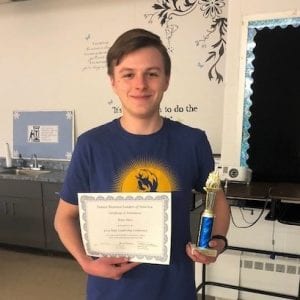 Senior Abby Cervonayco received third place in public speaking, Senior Brian Moss received first place in Accounting, and Junior Elizabeth Clink received second place in Accounting and fourth place in Personal Finance.
Nicole Stratton and Cathy McKenzie, club advisers, stated how proud they were of all the FBLA students. “All the FBLA students did an excellent job representing Westfield High School, their families and their community, and should be very proud of their achievements,” said Stratton.
Those who earned top spots at the state competition are eligible to compete in the national competitions in San Antonio, Texas, which will take place at the end of June. 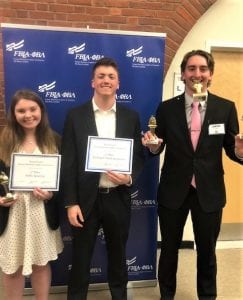 Stratton said that the FBLA students will be fundraising and asking local businesses for donations and sponsorships to help them attend the competition. She said between meals, hotel lodging and air travel, the cost is expected to cost between $1,300 to $1,500 per student.
After the FBLA state conference, the students were invited by Executive Director Kate Phelon of the Greater Westfield Chamber of Commerce to speak at their networking event at the Armbrook Living Center. “The networking event was a great experience for the students,” Stratton said.
“We were so happy to have the Future Business Leaders of America join us at our Chamber’s April After 5 Connection networking event at Armbrook Village,” said Phelon, adding, “They each gave an excellent, short presentation on what the FBLA is and about their state competition, which happened to be the same day in Boston. We found out they did very well, and some of the students are hoping to attend nationals in Texas; we did an on-the-spot collection for them.” 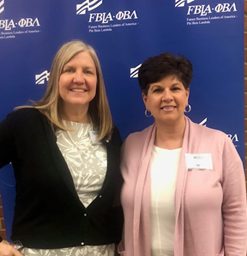