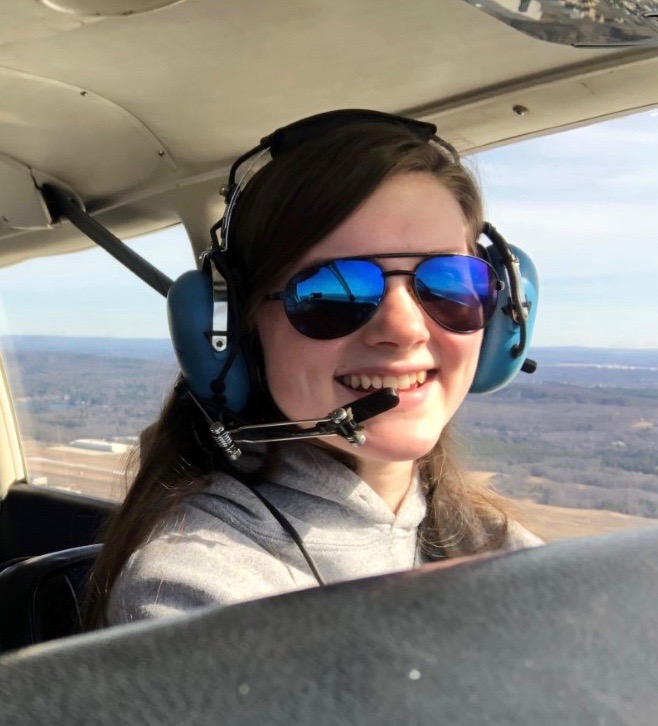 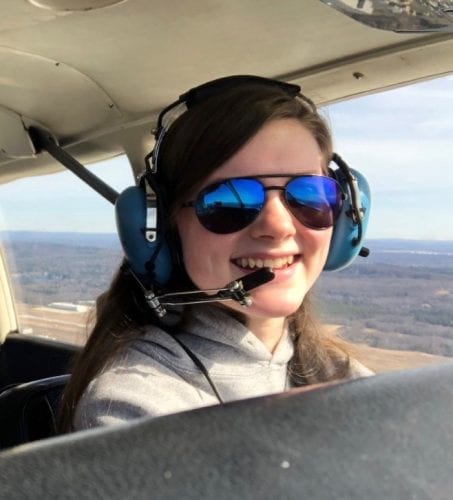 WESTFIELD – Westfield High School Senior Kealyn Matuszczak said she learned about her acceptance into the United States Air Force Academy in Colorado Springs two weeks ago when she received notification on the application portal.
“A few days later Congressman Neal called to congratulate me,” Matuszczak said.
Basic training for the Academy is scheduled to begin on June 25, with classes to begin in August. Matuszczak said she hopes to major in Aeronautical Engineering in the four-year program, enter pilot training upon graduation and become a fighter pilot.
“I am just beyond grateful. It’s amazing to see how all the hard work I put into the application has paid off. It’s a dream come true,” Matuszczak said.
Matuszczak said she first became interested in applying to the Academy in eighth grade, when she attended Wright Flight at North Middle School.
Her mother, Chris Tolpa-Matuszczak, principal at Franklin Elementary School, said her daughter had been interested in the stories of soldiers from her great-grandfather Charles Allard, who served in World War II and lived in the Soldier’s Home. Matuszczak participated in Memorial Day contests about their experiences, winning an essay contest in sixth grade, a video contest in seventh, and the Ann Browning Poetry award in eighth.
In her video, Matuszczak answered the question, “What does honor in times of war look like?” by interviewing four local veterans from four conflicts, including Allard, Ramon Diaz, Jr. and John C. Velis of Westfield, and James Laverty of Chicopee.
Matuszczak continued in Wright Flight II in high school, and she is currently going for her FAA private pilot’s license. She said she has 15 hours or so with an instructor, plus flying practice towards the license.
One of the pilots she has flown with is Joe Mitchell, former Westfield economic development director and an Air Force combat pilot who achieved the rank of captain, receiving a Distinguished Flying Cross for heroism under fire. Mitchell was also one of Matuszczak’s instructors in Wright Flight and wrote a recommendation for her to the Academy. 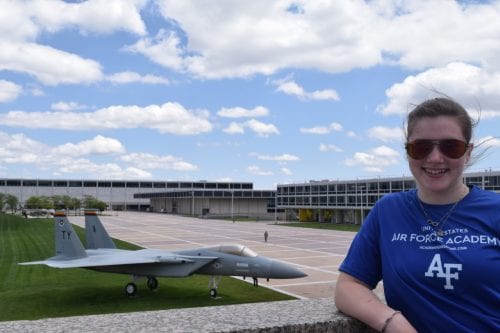 Kealyn Matuszczak at the United States Air Force Academy, where she was invited to participate in the Academy’s Summer Seminar in 2019 (CHRIS TOLPA PHOTO)

“She is a super young adult,” Mitchell said, calling her the “quintessential aviation kid.” He said Matuszczak was also selected to attend both the competitive Air Force Academy Visitation Experience in June, 2019, and the “extremely” competitive Falcon Visitation Experience in September 2019.
In his recommendation, Mitchell wrote, “I have always known her to be an extremely intelligent, hard working young woman who has demonstrated superior leadership skills at a very young age.”
“She has demonstrated an innate ability to handle aircraft and possesses a situational awareness and ‘air sense’ that is very rare at her experience level. Although I am extremely confident that Kealyn will do well in any Air Force career field, she is particularly well suited as a pilot training candidate,” Mitchell continued.
Matuszczak also received a nomination to USAFA from Congressman Richie Neal as well as Senator Ed Markey, Mitchell said.
In addition to her interest in aviation, Matuszczak has studied gymnastics since the age of 5, and is a three-sports captain at Westfield High in gymnastics, indoor track and field, and outdoor track and field, where she sprints and participates in shot put and javelin. She also teaches gymnastics part-time at Roots Athletics.
Academically, Matuszczak is fourth in her class and serves as treasurer of the National Honor Society. She said she tried to take as many advanced courses as she could. “I enjoyed doing math and sciences more, but any challenging higher-level course I could take, I did,” she said. 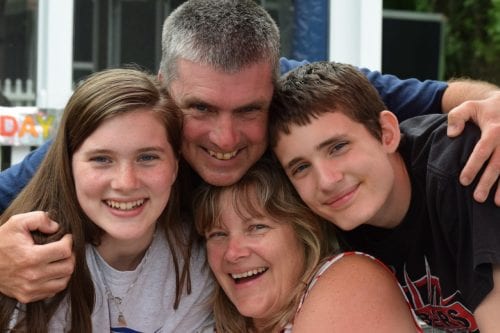 “She’s a very structured and disciplined person and likes rules to follow. That’s why an academy appeals to her. She wants to serve our country,” Tolpa said, adding, “She’s worked so hard, physically, mentally, academically to prepare for this. Being female, going into a STEM field, wanting to do what she does, it’s pretty incredible.”
Tolpa said as a mom, her daughter’s goal of becoming a fighter pilot gives her some pause. “You always care about her safety. My husband and I both support her 150%. This has been her dream and we know that,” she said.
Tolpa said Kealyn just bought her first pair of combat boots, which made it real. “Joe Mitchell took us up to the base. Our baby bought her first pair of combat boots,” she said. Since, she has been walking around in them with a backpack full of weights to wear them in, in addition to running every morning, according to her mother.
Tolpa said the Academy is not like a regular college. Once Matuszczak is off to boot camp, they don’t expect to see her back home until Thanksgiving or Christmas, although she does hope they will make the trip on parent’s weekend. She said during the summer they have three-week rotations, “one which she gets to come home.”
“We’ve had tremendous support from our community – John Velis, Joe Mitchell, Congressman Neal, military veterans, moms who’ve been through this; a great underlying support system that you wouldn’t know about unless you’re going through it. It’s been a very supportive journey,” Tolpa said.
Matuszczak’s acceptance into the United States Air Force Academy is also a credit to Westfield High School. Tolpa said annually 17,000 to 18,000 students start the application, 10,000 complete it, and 1,400 are selected.
“Acceptance into the Air Force Academy is quite an honor. Throughout her years at Westfield High School, Kealyn has embodied all of the qualities and attributes that we aspire to have our students possess. We are very proud of her and she will undoubtedly continue to do great things,” said Westfield High Principal Charles Jendrysik.