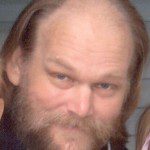 WESTFIELD – William E. Nuttall, 58, died Sunday, January 6, 2013 at home. He was born in Springfield on February 13, 1954 in Springfield to the late Earl and Jeane (Steits) Nuttall.
He grew up in Westfield and attended local schools. He worked for Columbia Mfg and Smith and Wesson. William was a very active member of the New Life Christian Center. He was an avid fisherman, was a former member of the Westfield Sportsman’s Club where he enjoyed target shooting. He enjoyed his classic rock music including Eric Clapton and was a New England Patriots Fan. His most enjoyment came from spending time with his grandchildren.
He leaves his wife of 31 years, Beverly A. (Foran) Nuttall; his son, John Ross of Westfield; his daughter, Sarah Nuttall of Westfield and his grandchildren, Tatiana Ross, Bryanna Colon, Trinity Ross and Caitlen Carter.
The funeral for William will be held on Thursday, January 10th at 12:00 noon at the New Life Christian Center, 157 Dartmouth Street, Westfield, MA. Burial will follow in Pine Hill Cemetery. Calling hours in the church before the service will be from 10:00-12:00 Thursday morning.
Donations in memory of William may be made to the New Life Christian Center.
firtionadams.com