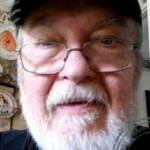 WESTFIELD – William L. Rider, 73, passed away with his family by his side on July 8, 2014 in Governors Center, Westfield. He was born in Westfield to the late Harold L. and Genevieve I. (Mochak) Rider and was a graduate of Westfield Vocational.
Bill served his country with the United States Navy from 1958-1962. He was employed by Westfield Gage Co. as a machine operator for many years. Bill loved his Harley Davidson motorcycles, being outdoors, especially in Chester and enjoyed micro brewed beers.
Bill is survived by his loving son, Earl and his wife Stacy of Westfield; his brother, Donald Rider and his wife Kathy of Otis and his three grandchildren, Bailey, Kyle and Shawn.
A memorial service for Bill will be held on Saturday at 5:30 p.m. in the Firtion Adams Funeral Home, 76 Broad Street, Westfield. Visiting hours will precede the service from 3:30-5:30 p.m. Burial will be private and at a later date.
In lieu of flowers, contributions in Bill’s name may be directed to the American Diabetes Association, CT/Western Mass Office, 306 Industrial Park Road, Suite 105, Middletown, CT 06457 or to the American Heart Association, 54C Wayside Ave, West Springfield, MA 01089.
www.firtionadams.com