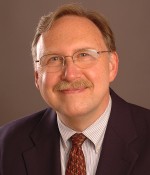 BOSTON – Representative Stephen Kulik (D – Worthington) and Senator Benjamin Downing (D – Pittsfield) have drafted a special piece of legislation at the request of the residents of Worthington by vote last month.
On Monday, the “home rule” petition was given the House number 3574 and has been assigned to the Education Committee. If the bill ultimately passes, Worthington will be allowed to withdraw from the Gateway Regional School District.
Kulik said sometime in the fall there will be a public hearing.
“There will be an opportunity for Worthington to come and make its case, and for other folks who have questions and concerns to raise their issues,” he said.
Kulik said the Education Committee now has three options: to change or amend the bill; to recommend it favorably; or to give it an unfavorable recommendation, or what is more common, to place the bill in study and table it. If recommended, the bill will be released from committee and go to the House. If approved in the House, it will go to the Senate, and if approved there, it goes to the Governor for signing. The Governor may also veto it.
Kulik said he and Downing have completed what they’ve been asked to do.
“Our job is to write it and file it,” he said.
He added that as representatives of Worthington they will now help to shepherd the bill through the process. He also said they would make sure to let people know the date of the public hearing, because of the amount of interest throughout the other Gateway communities. All six other towns in the district voted against Worthington’s request to withdraw from the district.
The hearing will be held in Boston. Kulik said people can either attend the hearing, or voice their opinions in writing. He said it would be better to wait until the hearing is scheduled.
“As a resident of Worthington, the bill makes sense to me from the perspective that the town would like to have its own school,” he said. “The economic and social implications of not having a school – a public school- in town are very hard.”
Kulik said his kids attended the elementary school in Worthington. He also represents the Gateway towns of Middlefield, Huntington and Chester.
“I’m also mindful of the feelings of the other communities,” he said. “I’m trying to see all sides in this issue, and be responsive to them.”
If voted on favorably, the effective date on the bill is June 30, 2014. The desire in Worthington is they would have a school ready to open in the Fall of 2014, Kulik said. The town also has a tentative agreement with Hampshire Regional School District for supervision of grades K-6, and for tuition acceptance of students in grades 7-12.
House 3574
SECTION 1. Notwithstanding the provisions of chapter 71 of the general laws or any other general or special law, rule, regulation or agreement to the contrary, the town of Worthington may unilaterally withdraw as a member of the Gateway Regional School District, hereinafter referred to as the district.
SECTION 2. Notwithstanding any general or special law to the contrary, upon withdrawal pursuant to section 1, the town of Worthington shall:
(1) pay to the district operating and capital costs in accordance with the provisions of section IX of the Gateway Regional School District Regional Agreement, hereinafter referred to as the agreement; and
(2) be obligated to pay any repayment amounts due to the Massachusetts School Building Authority (MSBA) in accordance with the provisions of section IX(E) of the agreement, unless or until such amounts have been repaid for all of the buildings or the MSBA no longer requires repayment for the building or buildings.
SECTION 3. This act shall take effect June 30, 2014