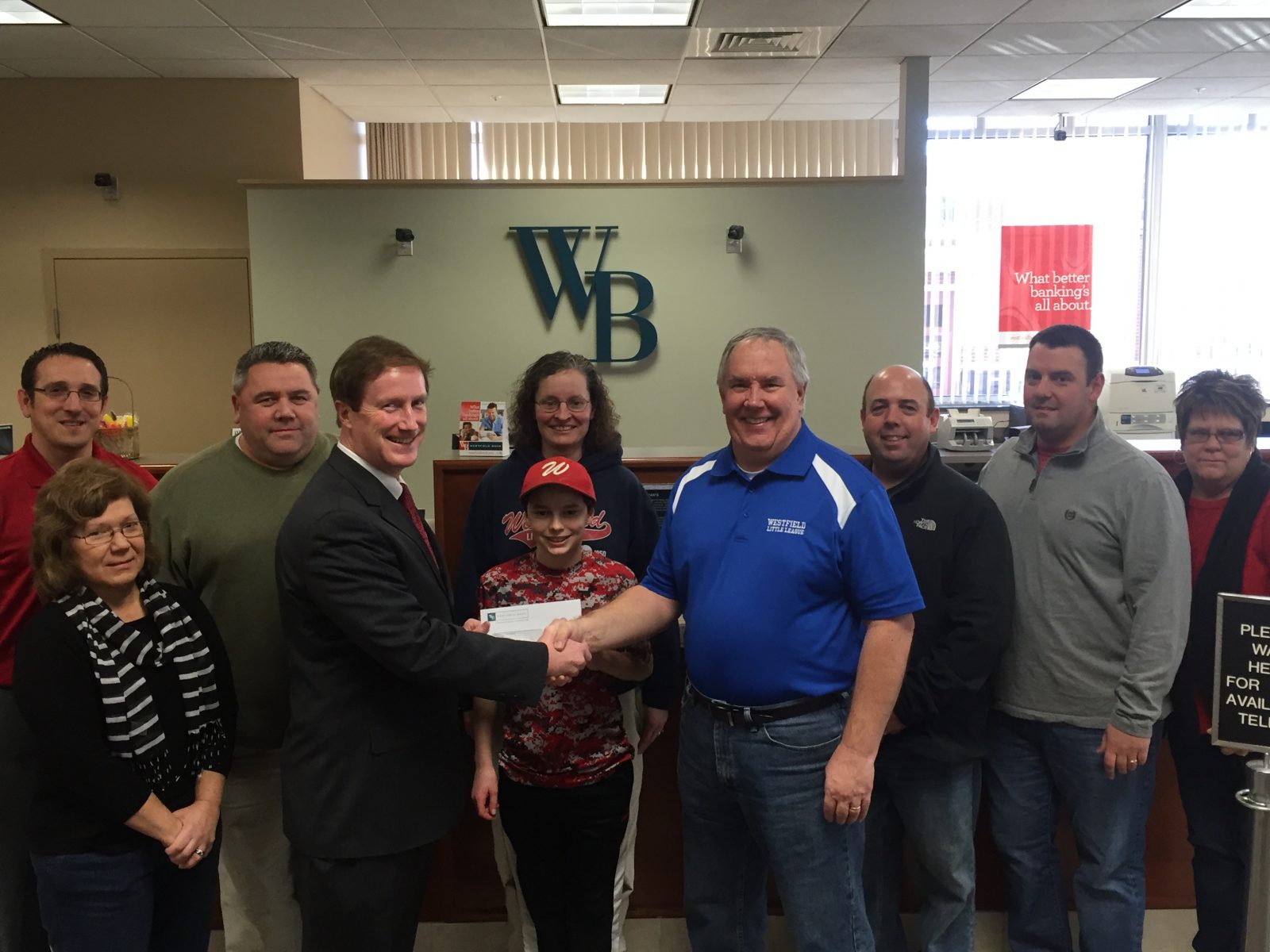 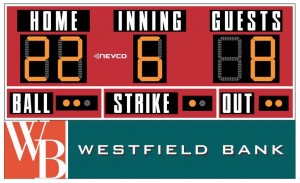 A rendering of the new digital scoreboard that will be installed at Papermill Field in Westfield.

WESTFIELD – The scores at Westfield Little League Baseball games are about to get a little bit brighter, and should become a little clearer this spring.
A new digital scoreboard will be installed at Papermill Field for the 2016 Little League season, following the donation of a scoreboard from Westfield Bank recently.
“We’re pleased to lend our support to an organization that teaches kids the value of teamwork and sportsmanship,” Westfield Bank President/CEO James C. Hagan.
“Westfield Bank has been a longstanding supporter of Westfield Little League and many of our employees—myself included—have served as coaches and volunteers,” Hagan said. “We salute all of the players, coaches, parents, board members, and community sponsors who help Westfield Little League be successful year after year.”
This most recent announcement comes on the heels of a season in which Little League, under the direction of new president Ken Diegel, expanded to include younger ballplayers, ballplayers from Southwick, and the addition of more All-Star tournaments.
Other upgrades are also taking place at various other local ballparks, such as at Bullens Field, where new LED lightposts, improved handicap accessibility, and an expanded seating area is being installed in anticipation of the Babe Ruth 14-Year-Old Baseball World Series later this summer. 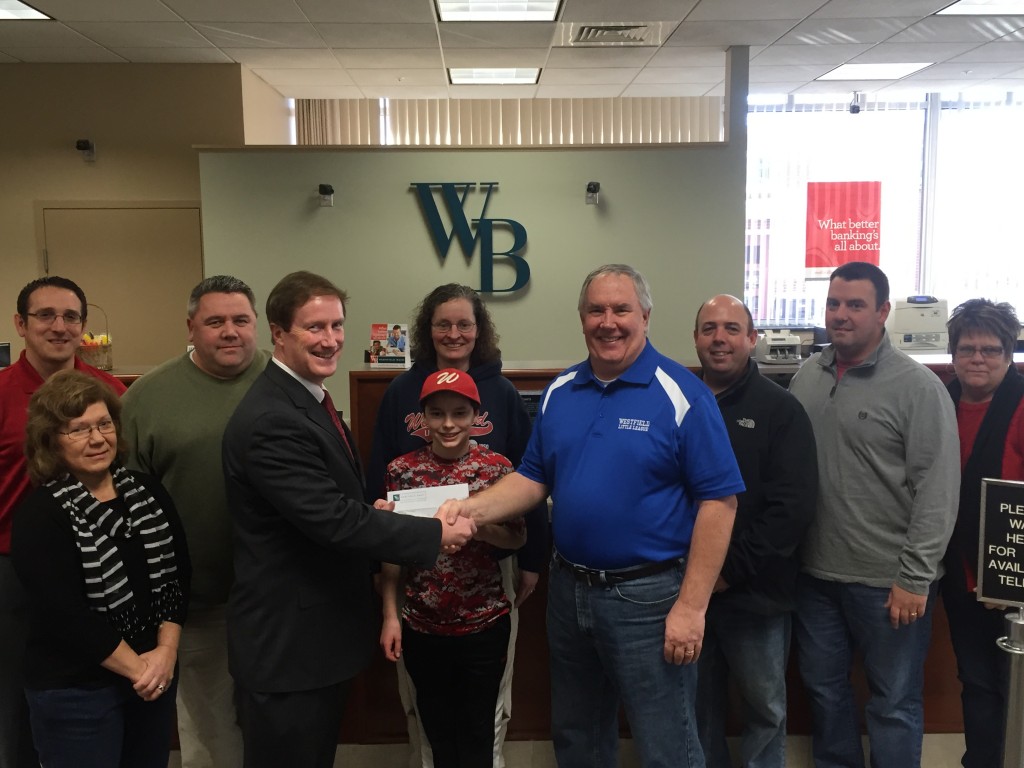