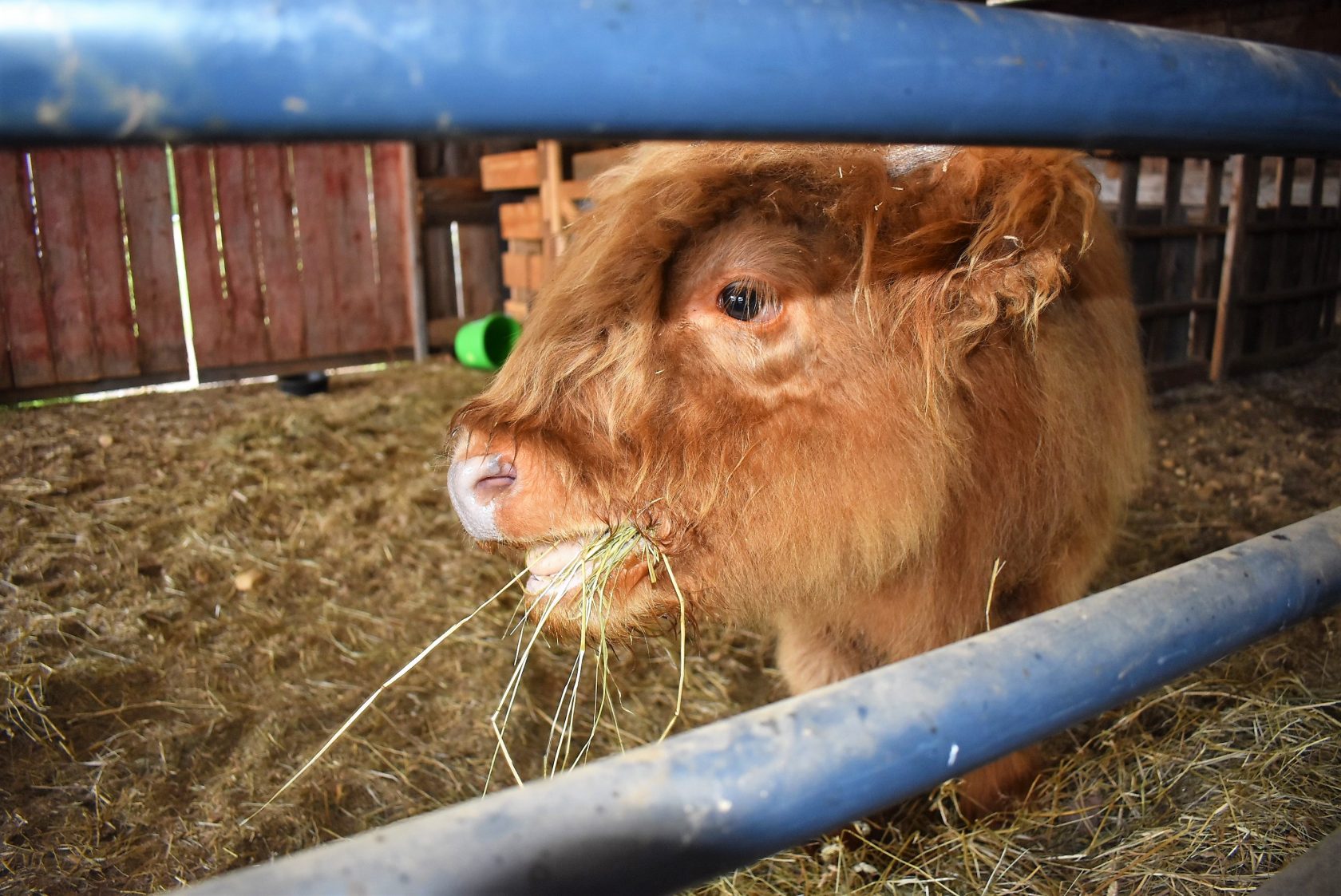 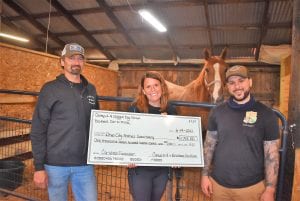 WESTFIELD – When Camp K-9 owner Ali Connor heard about the Whip City Animal Sanctuary from a customer, she had to check it out.

The sanctuary provides a forever home for animals that are unwanted, neglected or abused, states its Facebook page. After visiting the sanctuary on the Plourde family farm at 232 Montgomery Road in Westfield, and learning the Plourdes operate it with donations, Connor knew she had to help.

“We went twice with my children and they loved it,” said Connor. “From one animal business to another, I wanted to do something.

“I approached our landlord, Alan Figueroa,” she said. “He owns the building and Brothers Auto. We decided to have a car wash and he was able to get a sponsorship from NAPA to purchase soap, sponges and buckets and we agreed to match what we made.”
The result was a $1,712 donation to the sanctuary. 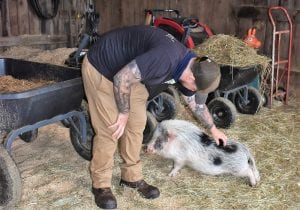 Kerry Plourde said it’s the largest donation they have received since opening to the public last November. The Whip City Sanctuary is a place for wayward farm animals and includes a beloved cow named Teddy, a turkey named Tom, a horse named Molly and her new calf, Reed, named for the former farm owner, and several goats, horses, a rooster and pigs. Plourde said the newest addition is a pot-bellied pig originally name Bruschetta, now called Chutey.

When Connor and Camp K-9 staffer Sean Romani visited the sanctuary to present the check, Chutey followed them around, becoming fast friends with Romani.

Plourde said the animals are mostly friendly and roam the property on Saturdays when the Whip City Animal Sanctuary is open to the public from 12-2 p.m. There is no cost for admission and donations are accepted. Visitors enjoy meeting the farm animals and making new hairy, furry and feathered friends.

“People love the animals and we have volunteers who help us care for them,” Plourde said. “We are always in need of volunteers.”

Volunteers can be any age and perform farm chores such as feeding animals, cleaning stalls, bathing and brushing animals and more. 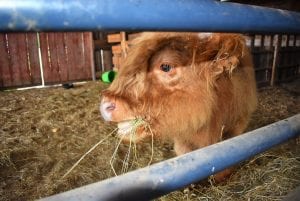 There are currently 25 animals, and they require a lot of work, love and money. Plourde said the donation from Camp K-9 and Brothers Auto will allow for some “breathing room” when it comes to expenses.

“We have not been able to save up ‘a kitty’ so this will really help,” he said. “It can be very expensive to care for animals but when we need a veterinarian, we call the vet.”

Plourde said he recently spent about $10,000 caring for one animal who came to them in need of medical attention.