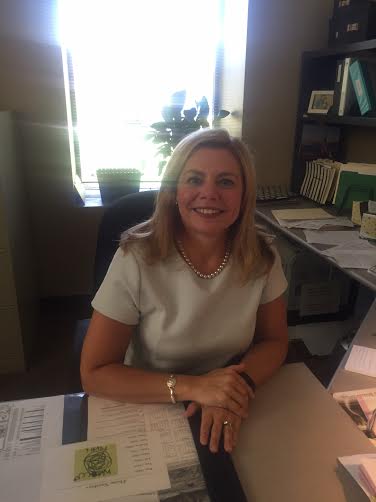 SOUTHWICK – Early into her career in the field of education, Jen Willard started off as a fourth grade teacher in the Springfield Public Schools system at Indian Orchard Elementary School.

Willard then transitioned into being a math coach in the same school system. Her most important priority was helping those around her in that particular environment.

“I was really working with teachers and helping them develop their craft,” said Willard.

It is Willard’s strong instructional background in education that will allow her to be a successful leader in the community of Southwick.

On July 1. Willard will officially become the new Superintendent of Southwick-Tolland-Granville public schools.

Currently the Human Resources Director for Westfield Public Schools, Willard has found time to already entrench herself into the Southwick schools system.

Willard spent every Monday in the month of May touring all of the Southwick-Tolland-Granville public schools, meeting the principals, and just simply meeting with the many faces that she will quickly become familiar with.

Meeting with principals was a smooth transition as she has had experience in that specific role. In 2006, Willard earned her administrators license and applied to Westfield Public Schools where she was named the assistant principal of Southampton Road Elementary School.

“I was able to bring a lot of the strong instructional practices of a (math) coach and bring it to a higher functioning district,” said Willard. 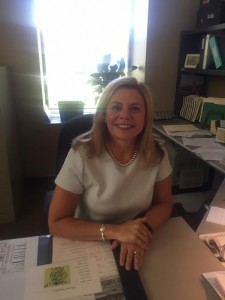 Jen Willard in her office at the Westfield Public Schools building on Friday morning, June 17, 2016.

As Willard was then moved up to principal of Southampton Road Elementary, she now looks back on how her experiences in schools have brought her towards her new position as superintendent.

“I think it’s a combination of having the background as a building principal,” said Willard. “You have to balance all the different demands of the job but also bringing with it a district lens.”

Now moving forward into her new role, Willard has high praise for what current Superintendent John Barry has accomplished and what she can add.

“Dr. Barry has really left me a high-functioning school district, they have brand new facilities,” said Willard. “The facilities are beautiful. Now I think it’s the time to really  be focused and build upon the strengths and look at teaching and learning.”

In the early stages of her position, Willard is planning on spending a lot of her time meeting with parents, the select board, and the rest of the community.

A key aspect in education that is important to Willard is the evolvement of technology. As Willard wants to adapt teaching styles in order to meet children’s needs, her past experience at Southampton Road Elementary is an example of her strong focus on technology.

The principal before Willard, Kathleen MacLean helped start a technology project that became successful. The Southampton Road Elementary school had smartboard technology in all the classrooms, which gave teachers a great chance to help improve the issues of homework.

Teachers went to a workshop and used clickers to have the students put their answers in from the homework assignment. The smartboard would form a graph and allow the teachers to recognize what topics would need to be reviewed and which ones didn’t, by looking at the student’s results.

“It really created a nice learning community because all the teacher and staff were all using the same piece of technology,” said Willard. “It’s really looking at how we can engage students through technology and having technology work for us.”

Willard’s background has helped her prepare for her role as superintendent. Having her first classroom, teaching at Indian Orchard Elementary School, is her strong comparison to where she is now.

“It’s that same excitement of all the possibilities and all the dreams,” said Willard. “It re-energizes you to why we got into education in the first place.”