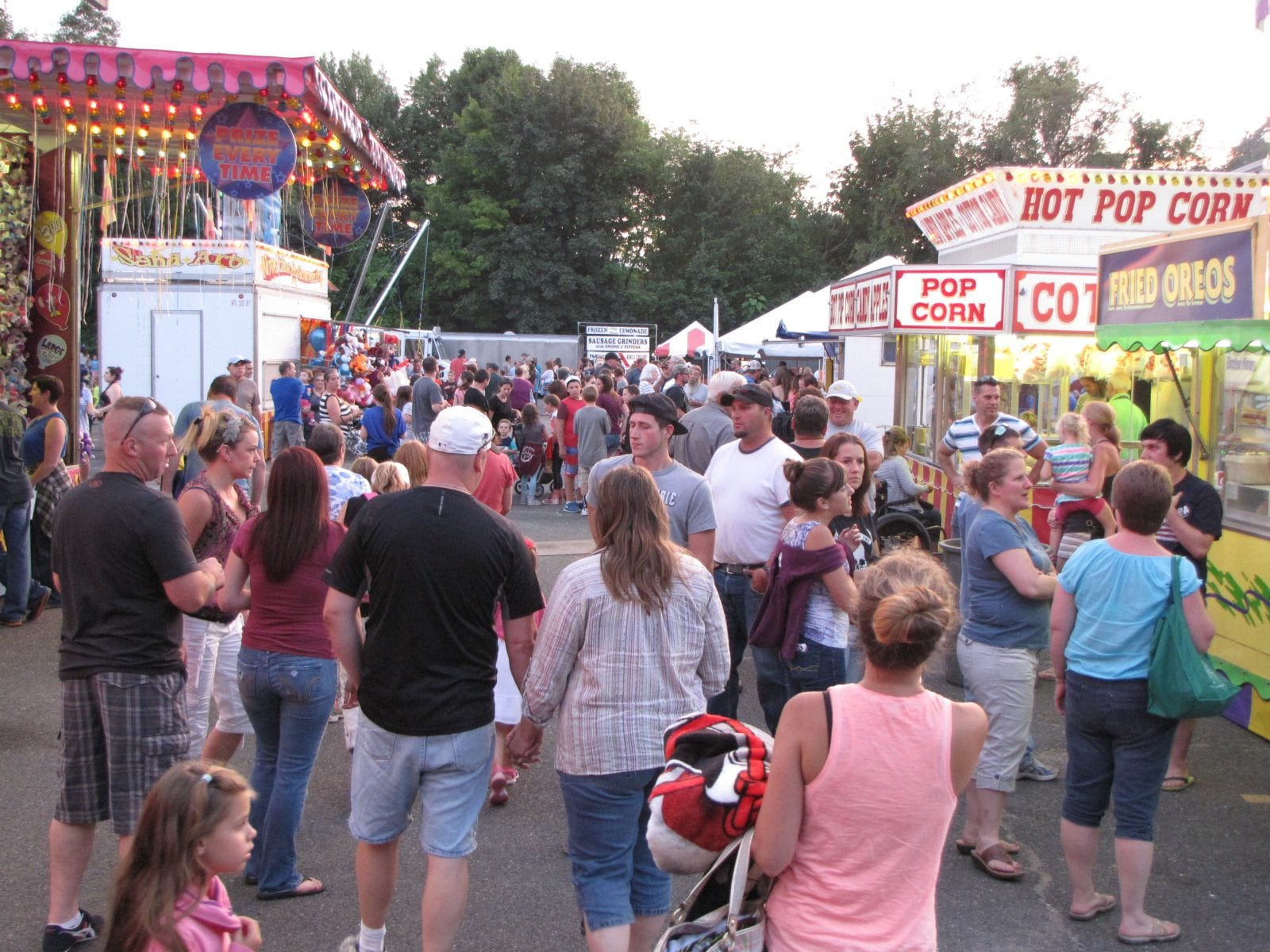 “The purpose of the event is to bring our great town together in a family oriented country atmosphere to enjoy rides, good food and beverages, and live entertainment while making new friends,” said Bob Fox, Rotary’s fundraising chair, during a logistics meeting Tuesday night.

Southwick Days is planned Thursday, July 21 through Sunday, July 24 and there is no admission fee.

The carnival opens on Thursday at 5 p.m. with rides and games, as well as with food vendors and a beverage garden hosted by members of the Rec Center and Rotary. Jeff & Sam & Friends, a local classic rock, country and Southern band, will take the stage at 7 p.m.

On Friday, the carnival once again opens at 5 p.m. and at 6 p.m., Easy Baby, a Connecticut based blues band, will take the stage. The evening concludes with a “grand” fireworks display at 9 p.m., according to Fox.

On Saturday, the carnival opens up at 3 p.m. and disc jockey Kris Sanders will be on stage spinning tunes until 6 p.m. The evening also features a 7 p.m. performance by the Charlie Galvin Band, a local group performing folk rock, country, country rock, Southern rock and rock and roll. The carnival’s rides and games ends its run at the fair at 10 p.m.

“A special attraction again this year is the return of the Southwick Firemen’s Parade on Saturday,” said Fox.

The Southwick Fire Department is organizing a parade starting at 6 p.m., departing from Hudson Drive, off Route 57 East, to the Southwick Rec Center on Powder Mill Road. Businesses, service and civic groups are encouraged to participate and should contact firefighter Mike Ferraraccio at (413) 896-8559 for details.

On Sunday, a full day of events is planned starting with the Jaime S. Rivera Benefit Car Show at 10 a.m. Trophies will be presented to the top 10 cars and the top three motorcycles. Judging for the car show starts at 11 a.m., along with raffles at 1 p.m., and the presentation of trophies at 2:30. For more information on participating in the car show, contact Jeff Bovat at (413) 569-2415.

“The benefit will include food and music and proceeds raised from the show are earmarked for the Shriners Hospitals for Children,” said Ellen Miles, Rotary’s publicity chair.

The deadline for an application to compete in Grill ‘n Daze is July 17 and details can be found at www.grillndaze.com (click on “applications” for information and guidelines).

Also at noon, Southwick native Jack and his Guitar will perform easy listening classic rock and oldies from the 60’s and 70’s, followed by the Rich Badowski Blues Band from Granby, Conn., at 2 p.m.

At 1 p.m., the Southwick Fire Department will field a team of volunteers and compete against the Westfield Wheelmen Vintage Baseball Club, using baseball’s 1861 rules. For more details on the Vintage Baseball Challenge, contact firefighter Brian Schneider at (413) 214-2529.

“An added event on Sunday will be the kick off of the One Call Away Foundation, formed out of the desires of a local group to aid those who served our country through the military,” said Fox.

David Sutton is the president and founder of the foundation and has organized a motorcycle rally in support of the organization’s launch during Southwick Days. Registration for the 70-mile ride begins at 8 a.m. with kickstand up at 11. The cost is $20 per rider, $15 for a passenger and $10 for walk in.

“The rally will take riders on beautiful, winding roads up to the Berkshires, following Route 57 to Route 8, then Route 23 to Route 20, and onto Route 202, returning to the rec center,” said Sutton. “We will have a police escort and during the midway stop, refreshments will be available.”

“Many soldiers are now in need of assistance in dealing with post-traumatic stress disorder (PTSD) and the prevention of suicide,” said Sutton. “We will have a wealth of information on resources available at this event, as well as guest speakers including Patrick Asta-Ferrero of Agawam.”

Sutton noted that Asta-Ferrero is a retired Army National Guard sergeant who deals with PTSD on a daily basis. Asta-Ferrero served during Operation Iraqi Freedom and saw direct engagement every 36 hours for almost a year.

Sutton also noted a “very important guest” will take part in the rally but he could not announce the individual at press time. Additionally, Sutton expects several “high-level officials” to support the launch of the foundation.

“Events will occur prior, during and after the ride,” said Sutton, adding that John O’Brien from Rock 102 will be the master of ceremonies for the event.

Steve Ferrari, a member of Bugles Across America and a Southwick Rotarian, will perform “Taps” as part of the ceremonies, according to Sutton.

“The foundation’s kick off is a very family oriented rally for kids of all ages,” said Sutton. “There will be information on how anyone can aid in this effort to help others.”

For more information on One Call, contact Sutton at (413) 478-7748 or send an email to [email protected]. Details are also available on Facebook, search for “One Call Away Foundation, Southwick, MA.”

“All proceeds raised through the foundation will benefit veterans in Western Massachusetts,” said Sutton.

Also, throughout the four-day event, town resident Dean Sleeper will once again display his garden train for those with a passion for trains, according to Fox.

Rotary President Richard Anderson thanked individuals, businesses and organizations that have already made donations and purchased sponsorships for Southwick Days.

“In order to keep these traditions alive now and in the coming years, the general public really needs to be involved,” said Anderson. “Donations will truly assist in paying for fireworks, advertising, safety, insurance and the many other expenses that are encountered with a project of this size.”

Anderson added that Southwick Days is a “community service project” hosted by Rotary.

“We are lucky to have so many community volunteers who have offered their time to bring it all together,” said Anderson, adding, “but we need serious support.”

Southwick Rotary has set up a PayPal account on the event website – www.southwickdays.com, for area residents to make donations. Also, donations may be mailed to Southwick Rotary Club, Box 701, Southwick, MA 01077. The club is currently in the process of being registered as a 501 (c) 3 tax-exempt nonprofit organization, according to Anderson.

Vendors are also welcome to showcase products and services and can find details at www.southwickdays.com. Vendor space is $100 for the four-day event. For persons interested in offering food and beverages, contact Joe Deedy at (413) 246-2277. The deadline for persons selling food and drinks is July 17 since the Southwick Board of Health must complete their inspection.

“We encourage everyone to visit Southwick Days because it is a spectacular event,” said Fox. “It’s a nice event that offers something for everyone.”

“Southwick Days is family oriented,” she said, adding, “the event brings people together and as the community continues to change, it is a nice way to make new friends.”