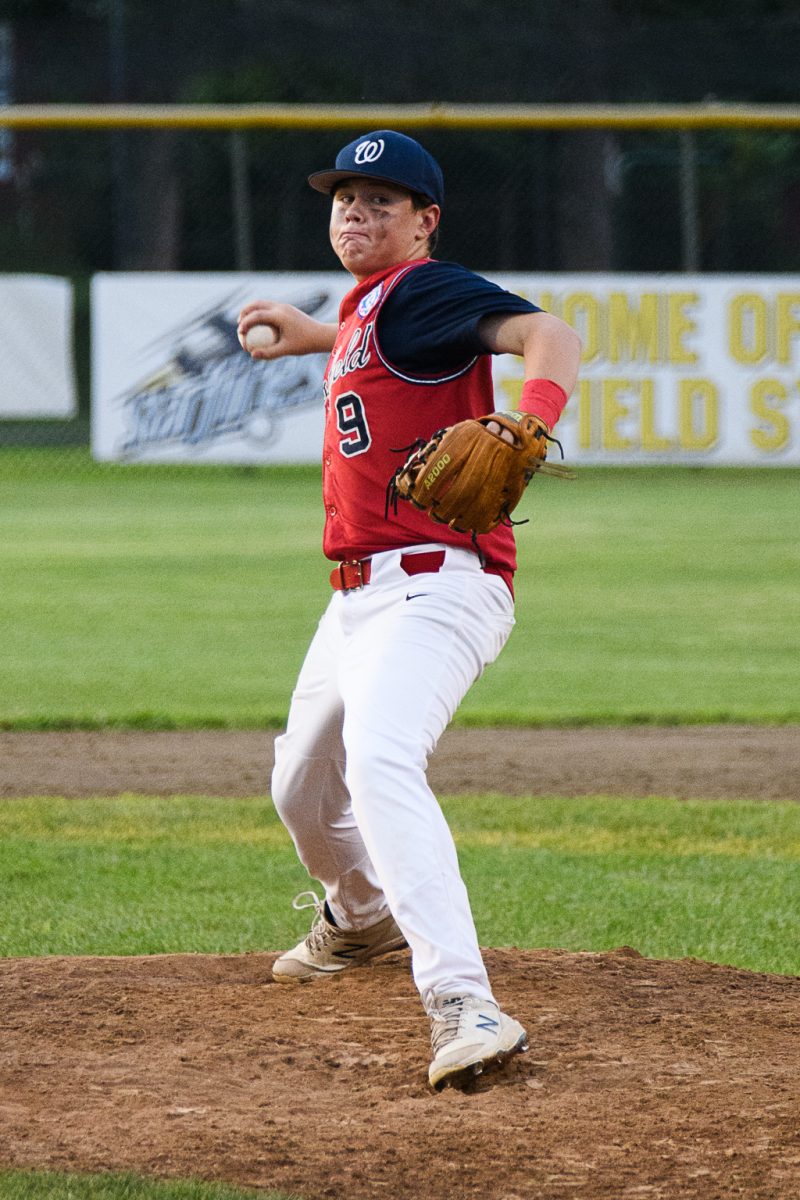 WESTFIELD – Westfield, meet Norwalk.
Norwalk pitcher Freddie Melton tossed a complete game shutout as the Connecticut state champ defeated Westfield 2-0 in a Babe Ruth 13-Year-Olds New England Regionals opener Friday night at Bullens Field.
Melton scattered five hits over seven innings, striking out five batters and walking none.
Norwalk provided Melton with all the runs he would need all in the first inning. With two runners on, courtesy of an infield error and a walk, No. 3 batter Chase DePalma belted a single down the right field line that resulted in two runs. 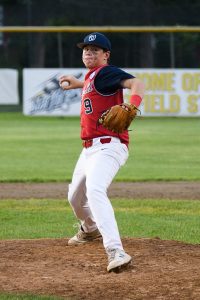 Norwalk threatened to tack on more in the second inning by loading the bases but Westfield starting pitcher Josh Wagner forced Matt Rinaldi into a fly out to end the threat. Wagner gave way to reliever Jack Stathatos to begin the third.
Stathatos proved unshakable. Although Norwalk put runners in scoring position in each of the third, fourth, fifth, and sixth innings, Stathatos managed to get out of each jam, ending each inning (save for a flyout in the sixth) with a K.
Westfield’s second reliever in the game, Joe Maffia inherited two base runners in the seventh, but retired two consecutive Norwalk batters and after intentionally walking another to load the bases, forced a ground out to end that threat.
Westfield managed a hit in four of the first five innings – – a Nate Blackak double (1st inning), Patrick Millin single (3rd), Wagner double (4th), and singles from Josh Angers and Jackson LaValley in the fifth – – but could not push them home.
Melton retired eight straight batters to end the game.
TOURNAMENT UPDATE: Westfield fell to Warwick (Rhode Island) 6-2 on Saturday, falling to 0-2 in the New England Regionals. Their final pool play game against Keene (New Hampshire) was rained out Sunday and rescheduled for Mon., July 26 at Bullens Field at 7 p.m.