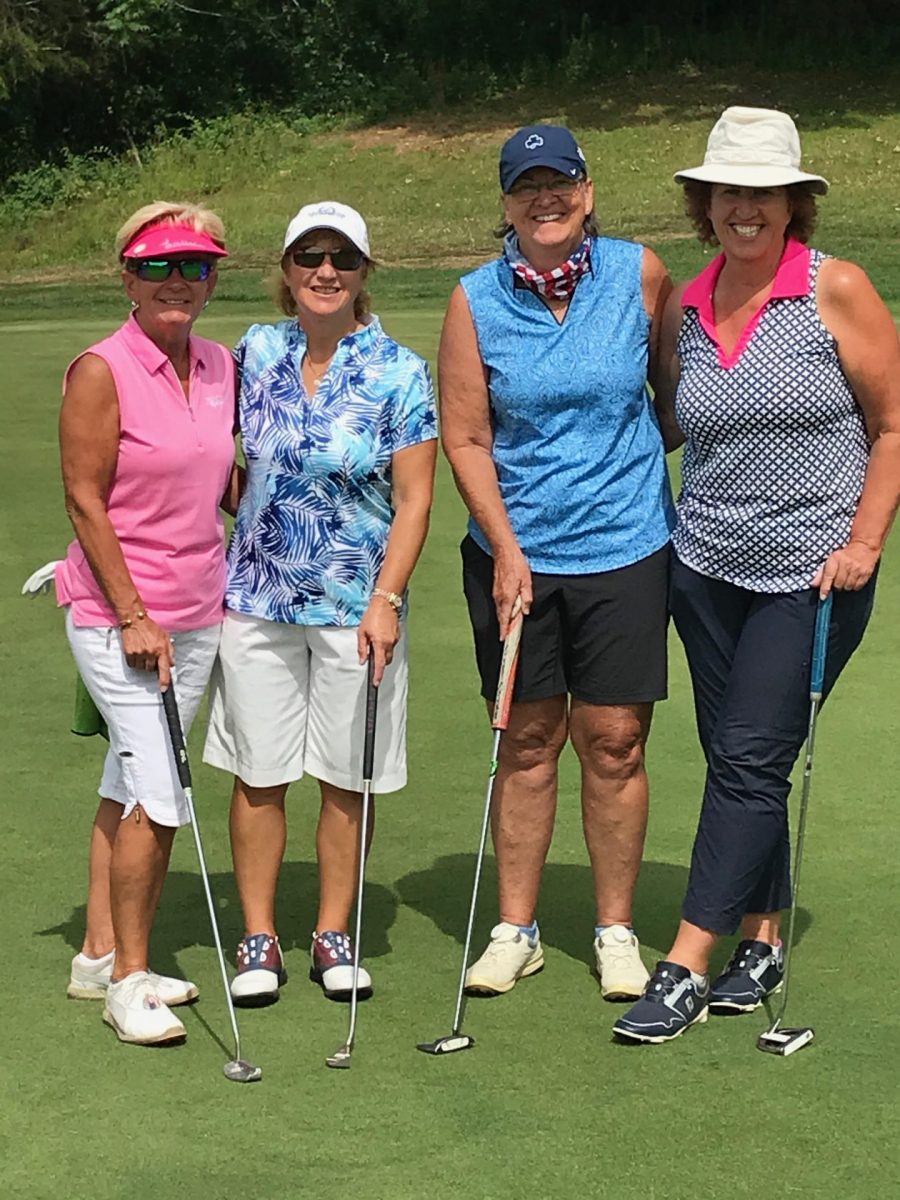 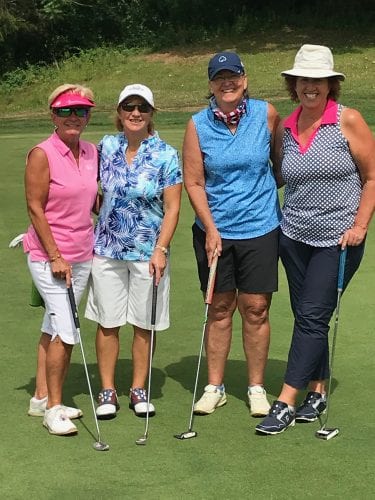 According to Executive Director Kate Phelon, “This golf tournament was one of the best ever. The weather was so beautiful, and people were so excited to do something in a group,” Phelon said, adding that golf is one of the safest activities people can do, and everyone was being cautious and wearing masks when needed.

Phelon said 96 golfers participated, out of 112 registered. The winning team was the Air Compressor Team of Janet Lebeau, Kim Nastri, Mary Regan and Kathi Ayre, who each won a dozen golf balls and a $50 gift certificate to the pro shop at the East Mountain Country Club.

Phelon is anticipating the total funds raised to be about $18,000. The tournament supports the Chamber of Commerce and also raises money for scholarships for area students from a live auction, which she said fell just short of raising next year’s scholarship amounts. “It was so successful,” she said.

Phelon said it’s a great event for the Chamber, and the program revenue is needed due to several canceled events this year. “I couldn’t do it without the volunteers and events committee,” she said, adding that golf committee chair Rick Rheault, owner of Integrity Merchant Solutions, was instrumental in helping to make it a successful tournament.

Phelon said they had 99% support of the Chamber’s Board of Directors, and also thanked Westfield Gas & Electric/Whip City Fiber, which were the event sponsors.

For Phelon, this was the last of 10 tournaments as director, with only a couple more events left before she retires at the end of September. Next events include a Mayor’s Coffee Hour at the Stanley Park Pavilion from 8 to 9 a.m. on Sept. 14, and the traditional September Chamber breakfast which was moved to Tekoa Country Club on Sept 18, from 7 to 9 a.m., with Congressman Richie Neal as the keynote speaker.

Phelon said the search committee for a new director has a decent pool of candidates, and is currently conducting interviews. She expects they will have a new director chosen by the Chamber breakfast, in time for her to help with the transition.

Meanwhile, Phelon was still gushing about the tournament. “People were in good moods; they had a great day of golfing. It was nice for me. because I got to see my members. i haven’t seen them,” she said, adding, “It was a good day.”