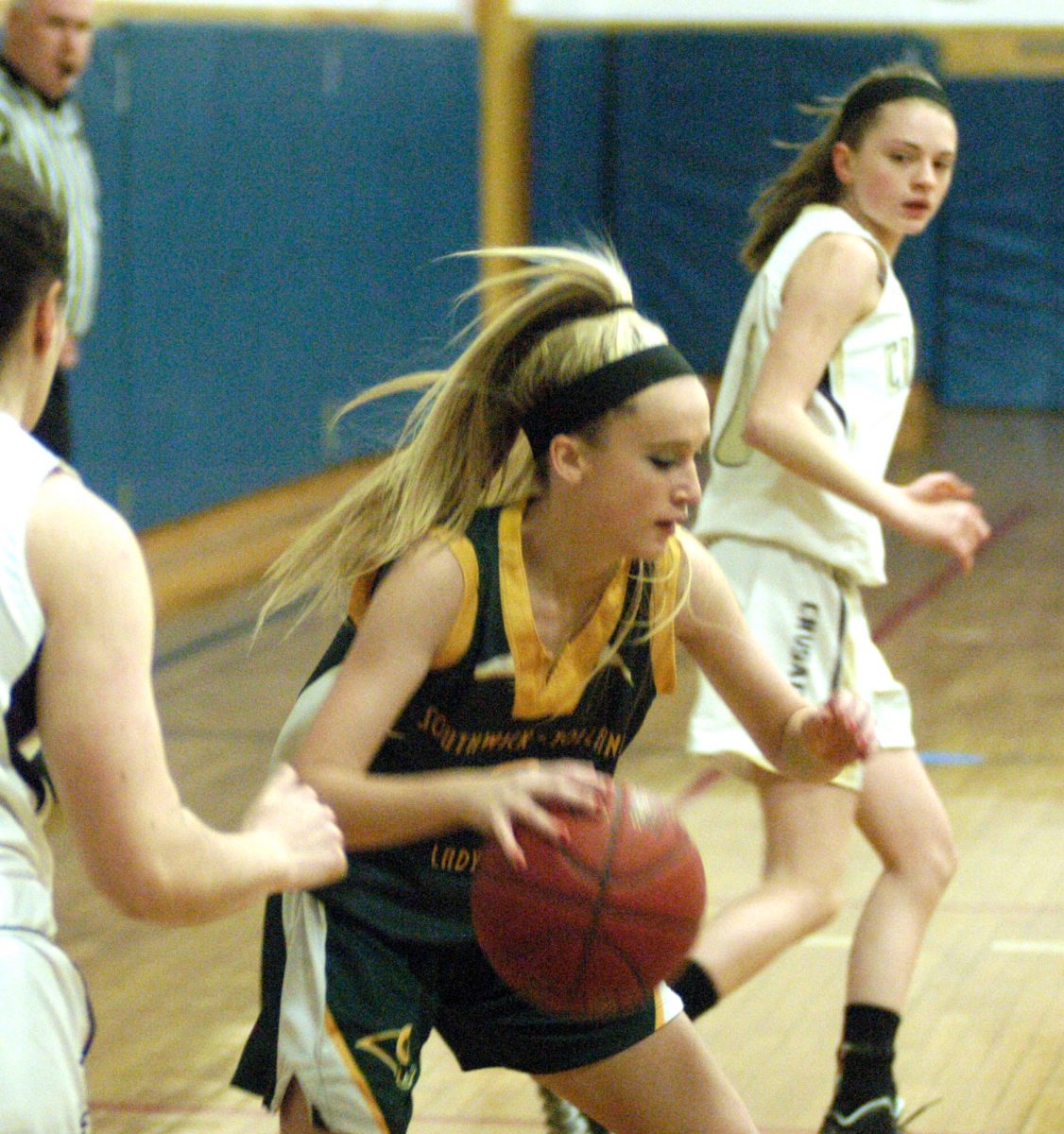 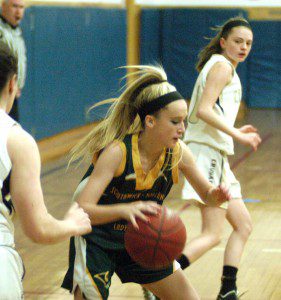 Southwick’s Taylor Leclair dribbles the ball out of traffic Friday night at St. Joe’s in Pittsfield. (Photo by Chris Putz)

PITTSFIELD – The Southwick High School girls’ basketball team has rebounded nicely after a season-opening loss derailed the Rams’ plans to get off 2014-15 on a good note.
Southwick won its second straight game, following up a 37-2 drubbing of Dean Tech with a 52-16 rout of St. Joe’s Friday night.
Makenzie Sullivan led Southwick with 12 points. Teammate Ashley Shea had eight.
“It was a big team effort,” Southwick assistant coach Rick Harriman said. “We came out of the gate, pressed and played good defense, and finished the game strong.”
The Rams (2-1) have now outscored the opposition 89-18 since losing to Pioneer Valley Regional, 48-41, a week ago.
The team’s assistant coach said there are two reasons for the quick turnaround.
“We put a renewed emphasis on transition defense,” Harriman said. “We got the girls to really stop the ball, and we decided to speed up the game. The girls are getting out (on offense). Now it’s push, push, push.”
Southwick will look to shove aside its next opponent, Monson, Dec. 23 at the Mustangs’ home court. Tip-off is at 7 p.m.
In other games, Smith Voke doubled up St. Mary 50-26. No further information was available as of press time.