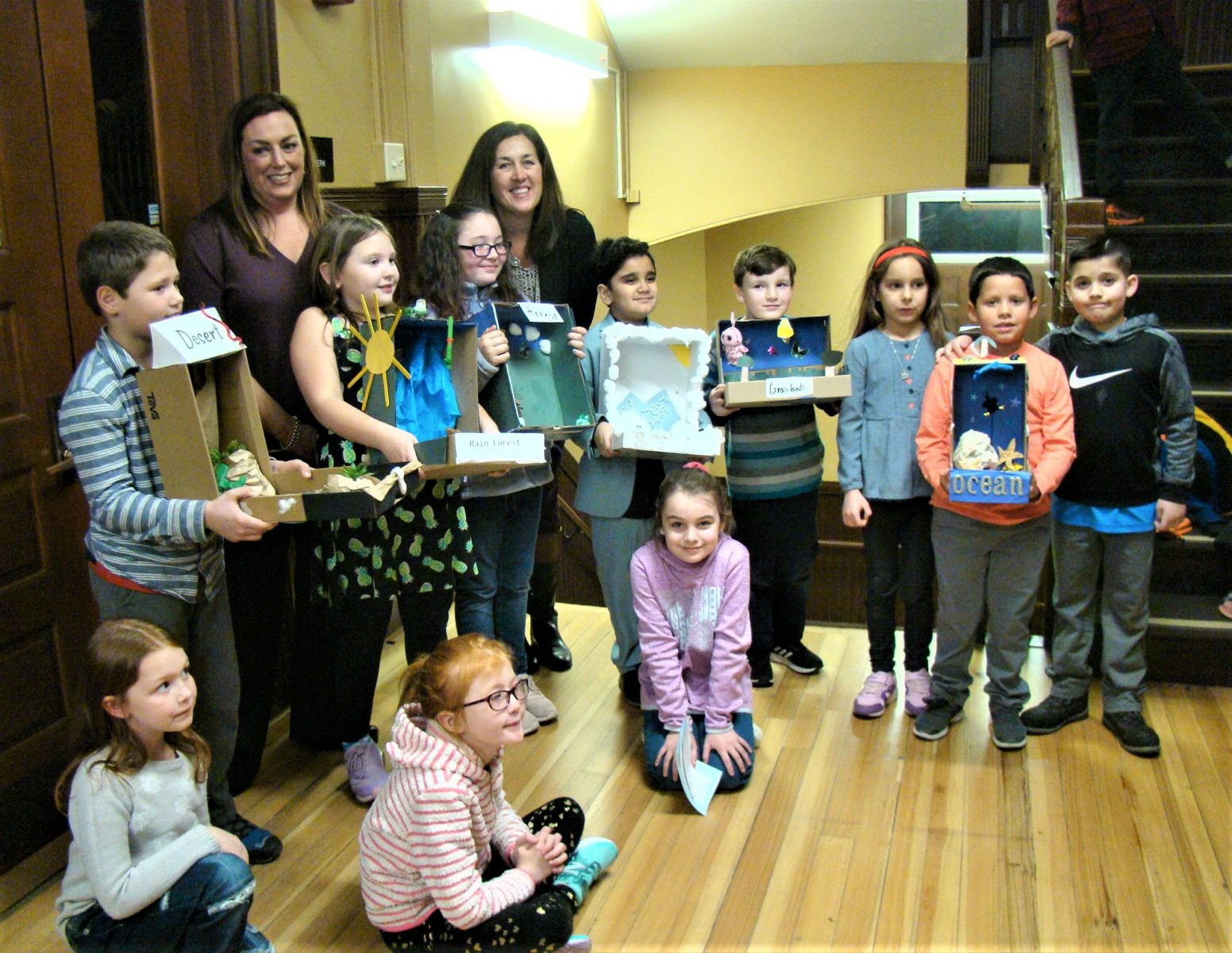 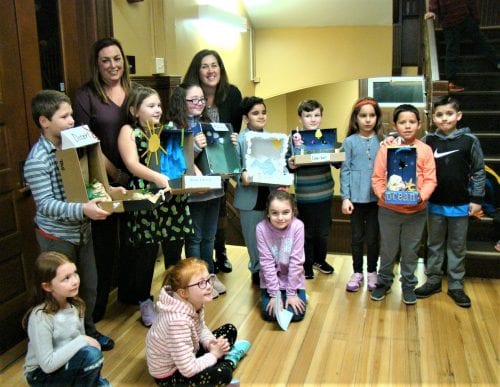 Teacher Karen Lewis said the class has been researching global habitats and the animals and plants that live there. The students also created and presented dioramas of the environments they are studying.
The class is partnering with Westfield High School AP Environmental Science teacher Jen Levesque’s class for the project. In the first activity, the second graders wrote to people who live in the environments, asking them questions such as what should they wear if they were to visit.
Lewis said Levesque’s class handled the letters, and in some cases, responded to them. 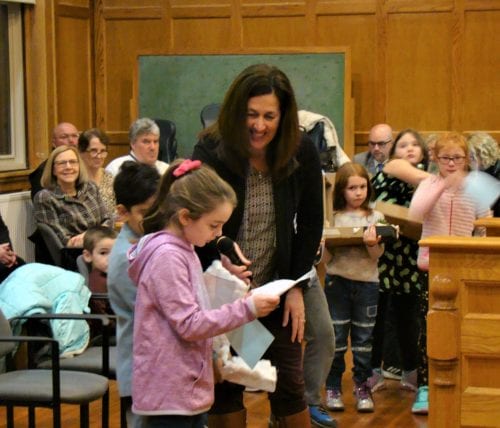 One group of students, who is studying the Arctic, told the committee that the average temperature in the Arctic is minus 49 degrees and 4 million people live there. This group received a letter from a scientist at the “Institute of Arctic Biology,” who encouraged them to wear warm clothes, and not to forget their mittens and gloves.
Other environments studied were desert, rain forest, grasslands, ocean and forest.
Members of the School Committee were enthusiastic about the presentation, and asked the students to walk around and show them their projects, and introduce themselves.
Principal Stacy Burgess said the research is ongoing, and the high school class will schedule a visit to their elementary partners at Abner Gibbs at a future date.