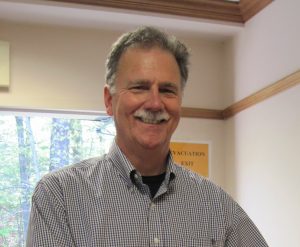 SOUTHWICK- The Agricultural Commission announced July 14 that members are trying to organize an Open Farm Day in the fall, modeled after a similar annual event in Granby, Conn.

The Agricultural Commission is looking at weekends in September  to host the event. Granby’s Open Farm Day is Sept. 18.

An Open Farm Day is an event in which many of the farms in a community open up to the public, who can tour the farms, pick fruits and vegetables, and interact with farm animals. Agricultural Commission member Tammy Ciak-Bissaillon said that kids in the Granby event are given a “passport” with all of the different farms participating in the town. The kids would go to each farm and have their passport marked, and they would receive a small prize for going to every farm.

“Some of them you can pick apples if they are ready. Some of them will have a corn maze,” said Ciak-Bissaillon, “they do different events. It is really popular for families, but even for those of us who don’t have children, I really like it.”

She said part of the appeal is that not every farm has the same crops or products, and in some cases the farms would have a local veterinarian come to talk about how one takes care of farm animals.

“Small farms that normally aren’t open to the public will open up that day and show their operations, giving maybe two or three tours that day to show people how they operate and to give people an insight into what farming is day to day,” said Commission member Maryssa Cook-Obregón, “It’s supposed to be educational, but it is also insightful to everybody to know what is actually going on in your community 24 hours a day, because farming is 24 hours a day.”

Cook-Obregón said that the Open Farm Day will likely be free, as is the case in Granby. She said the day can act as an economic driver, because farmers can show off their products and have them available for purchase, almost like a town-wide farmers market.

She also suggested having a tractor rally take place on the Open Farm Day, to give the day an event to be centralized around.

Commission Chair Burt Hanson said that the commission had been considering something like this for a while, but that the pandemic came along and derailed any plans that were made. He said they considered doing a virtual version, but decided that it wouldn’t be nearly as enjoyable as the live version.

A specific date for the Open Farm Day has not yet been decided.