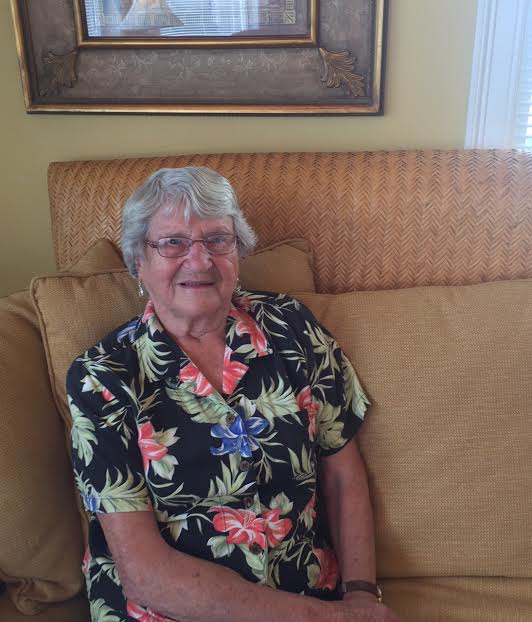 WESTFIELD – A women in her late 80’s, Alma Fisher enjoys her time as a resident of The Arbors in Westfield. Living there since June, Fisher lived on Miller St. in Westfield since 1955.

A long-time resident of the Whip City, it would seem to many that Fisher has always been a part of Westfield, but her heart lies thousands of miles away in a country nestled in Central Europe; Poland.

Born in 1928 on a farm in Northern Poland, Fisher had two sisters and a brother. Fisher’s father was born an American citizen in 1900 in Scranton, Pa.

As Fisher’s father, was experiencing some health issues, he decided to move to Europe where he thought he could receive better care from doctors. There, he went to Poland and met Fisher’s mother.

Fisher grew up on a farm, living a simple life. But, once she was 16 years old, Fisher’s life was deeply affected, as was millions of people throughout Europe.

With World War II beginning in the early 1940’s, the Russian forces were beginning to invade Poland.

Fisher and the rest of her family knew the immediate circumstances and made a frantic escape from their country.

Paying a man to take them from farm to farm in a caravan, Fisher and the rest of her family were attempting to reach a secure border. At last, they were able to get to an allied border in the Western part of Germany.

It wasn’t long before the Russian soldiers made their way to West Germany. In a hurried state, Fisher and her sister got separated from the rest of their family.

The enemies quickly noticed the young girls trying to find an escape and soon Alma and her sister were being chased. 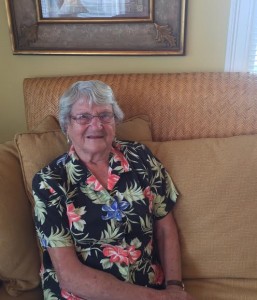 A native of Poland who experienced World War II, Alma Fisher has been living at the Arbors since this past June. (Photo by Greg Fitzpatrick)

With the morning arriving and the sun rising, Alma and her sister were spotted by German police. They took them to the nearest Red Cross to be evaluated in case they had any health problems from being in the cold pond.

After Red Cross officials recommended that the two young girls go back to East Germany, where they began their journey with the rest of their family, Alma and her sister had different plans.

Alma and her sister began to follow the train tracks and eventually made it to the train station in West Germany.

Having no hope that they would see any signs of her family, the next person to step off the train was Alma’s mother.

“My mother, I thought she was going to pass out,” Fisher laughed. “I think God was with us.”

Not too long after being reunited with her family, it was decided that Alma and her family had a determination to make it to the United States.

In 1949, Alma and her family made the attempt to become American citizens. As they needed a sponsorship from someone in America in order to become a citizen, Alma’s father knew of relatives that lived in Westfield.

After filling out the proper paper work, Alma and most of her family were able to realize that their dream was about to become a reality.

Unfortunately, an important person in Alma’s life was going to be left behind in Europe; her mother. Since the paperwork wasn’t able to go through, Alma’s mother wasn’t allowed to make the trip to the United States.

As it was difficult for Alma and the rest of the family to leave her mother behind, it was an opportunity that was going to give the family one they couldn’t pass up.

The journey to the states started in Bremen, Germany as they took a boat across the ocean for 10 days until they eventually reached a pier in New York.

Once Alma and her family reached New York, Alma vividly remembers seeing a glimpse of the Statue of Liberty.

Reaching the harbor, it was their cousin who was sponsoring them, John Symancyk, who was on the search for his relatives.

As Symancyk continued to look for his family, someone told him a family from Poland was looking for their cousin who was from America.

Speaking very little Polish, and mostly English, Symancyk and Alma’s family were able to realize they were looking for each other.

“I thank all my family and relatives in Westfield for sponsoring me and giving me a chance to live here,” said Fisher.

Fisher and the rest of her family lived with Symancyk in the Meadow St. neighborhood in Westfield, an area that was mainly Polish speaking people as well as Lithuanians.

Fisher then began to join the church socials that would occur in Westfield, where several ethnic communities would gather together.

It was there where she would meet her future husband, Edward, who was the eldest of nine children. In 1952 the two got married.

Together, Alma and Edward raised three children in a small cape house that they built on Miller St., right off of Meadow St.

As Edward worked as a carpenter in Easthampton and Alma was working at the Torrington Mill in Easthampton, they both worked nights on the weekends for several weeks in order to save up the money to build their home on Miller St.

Along with Edward, Alma had to face yet another challenge when the flood of 1955 disrupted the area. With the house just being constructed, water went all the way up to the windows on the first floor of the home.

As the flood of 1955 was a setback to many throughout the area, it was nothing Alma couldn’t overcome.

After all, she was able to escape the Russian soldiers, find her parents, and eventually live a happy and fulfilling life in America.

Calmly sitting on a couch in the comfy sun room at The Arbors on a recent sunny morning, Alma shined a light like very few can generate.

She represents that strong glimpse of hope to many and a reminder that even the darkest of times can lead to an enormous light out of the other end of the tunnel.

“I am grateful here to my relatives and to this country that I’m here,” said Fisher. “I’m very happy.”