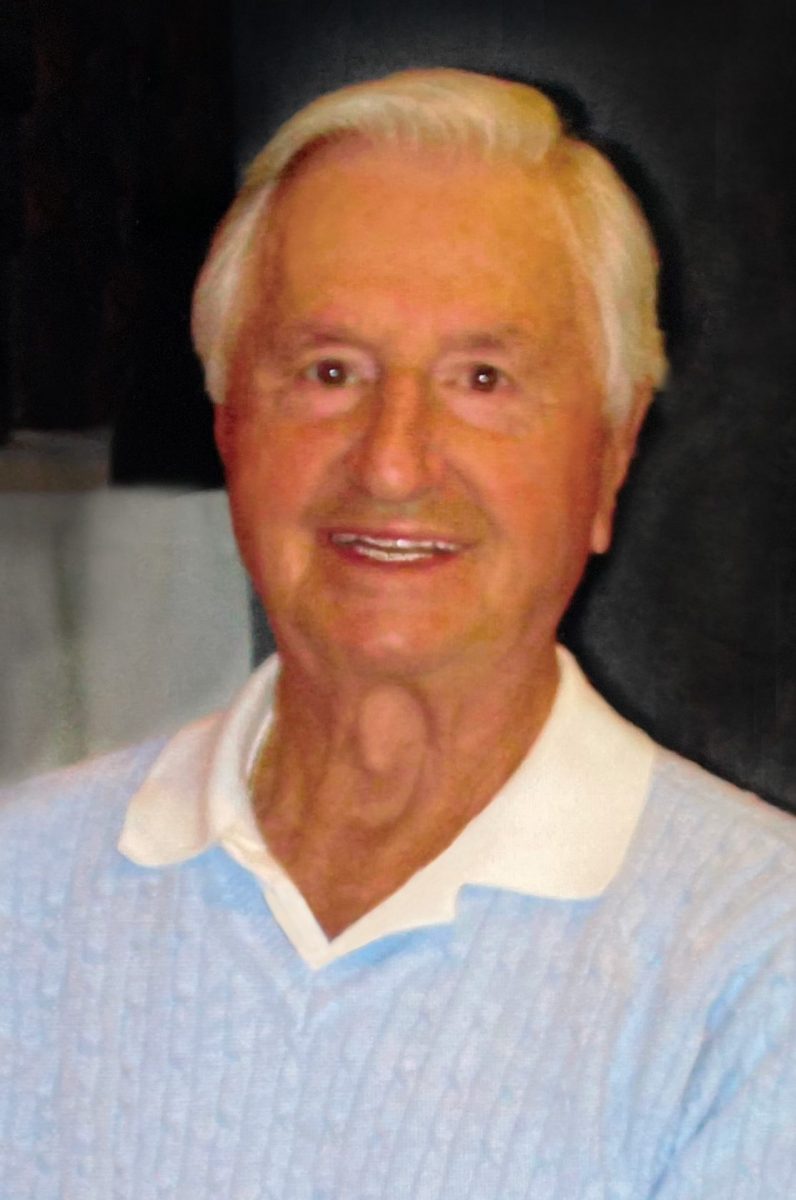 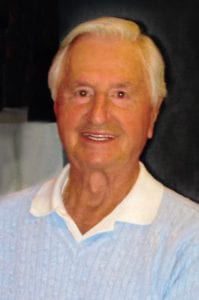 home on April 24, 2021, surrounded by his loving and devoted family. He was 98 years young. Born in Lynn, Massachusetts on March 14, 1923 to the late Margaret (Nicoletti) and Emanuel Amanti, Tony was the second born of 6 children.

Tony was incredibly self-motivated and goal oriented. After graduating from Lynn Classical High School, he entered the General Electric Machinist & Tool Maker Apprenticeship Program, while also taking evening classes at M.I.T. Lincoln Institute. In 1943 when, with extreme pride for his country, Tony enlisted in the US Army, serving in the European Theatre of Operations until his honorable discharge as Staff Sargent in 1946. Following his military career, Tony returned to G.E., where he honed his craft as a toolmaker, draftsman and purchasing agent, while continuing to pursue his education at night, graduating from Northeastern University with degrees in both Engineering and Business Administration. A managerial position in sales at Hansen Engineering (Lynn, MA) rounded out his resume and brought him to Westfield, MA, where he accepted a position as Vice President at Berkshire Industries. Two years later, he founded Advance Mfg. Co., Inc. in Chicopee, MA. His wife, Norma, was an integral part of building the business. As Advance grew, they purchased land in Westfield and built a 17,000 square foot building. His children proudly followed him into the family business, which continues to thrive and grow to this day. As of 2021, Advance is celebrating 60 years of success in the Precision Machining Industry. Tony was very grateful and quick to acknowledge his loyal Advance Mfg. employees who were, and continue to be, the cornerstone and foundation of his success. Tony’s lifelong passion for music began when he learned to play the saxophone as a young boy. He played in both small jazz bands and big bands while in the service. His love of music never stopped, as he would sing at local dance clubs, and brought tears to all with his tradition of singing “Daddy’s Little Girl” at his children’s and grandchildren’s weddings. Tony was a parishioner of Saint Mary’s Church, a lifelong Boston sports fan, rarely missing an opportunity to watch a Red Sox, Celtics, or Patriots game, and was devoted to the Westfield community. He was a proud member of the Associated Industries of Manufacturers, the National Association of Manufacturers, the G.E. Apprentice Alumni Association, and the Springfield Musicians Union. Tony and Norma developed lifelong friendships through their passion of golf at Tekoa and Springfield Country Clubs, as well as their winter home at Pipers Landing in Stuart, FL. A portrait of Tony’s life would not be complete without mention of beloved memories of summers spent on Otis Reservoir, with his children, grandchildren, and great grandchildren, enjoying all the lake has to offer. Simply being together with his family was the highlight of his life.

The Amanti family would like to thank Trusted Caregivers of Longmeadow and Baystate Hospice, who treated him with great care and compassion during his final days. At the request of the family, all services will be private. In lieu of flowers, donations may be made to: “BCARC in memory of Anthony for the Center of Development (CFD) program in Lee, MA” 395 South Street, Pittsfield, MA 01201