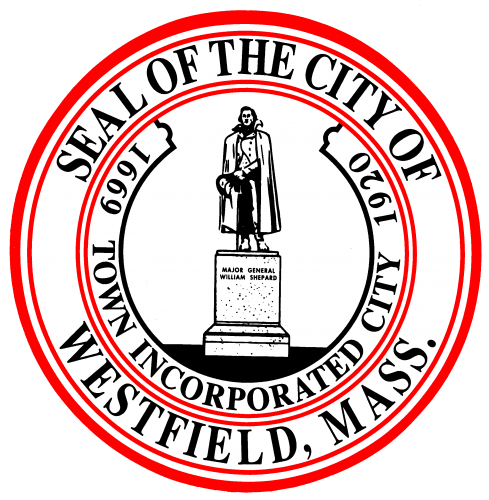 Stephen F. White of was presented as a new appointment on the Board of Public Works, for a term to expire in February, 2024.

Harris said White has a master’s in business administration and project management, a bachelor’s in science and biology and environmental science, and served in the U.S. Air Force, where he was an air crew inspector. He worked for years as a wastewater plant operator for the City of Springfield, and has also worked as an environmental scientist removing invasive species, and utilities inspector of storm sewer and sanitary sewer projects. He has served as an inspector and project representative on several multi-million dollar construction projects in Florida and Virginia.

From 2017 until now, White has been senior project manager for Cardinal Engineering in Connecticut.
Harris said in summary, White has 26 years of knowledge and experience in construction, inspection and management, which includes work in stormwater, sewer, water main, sewer pump, wastewater treatment plant, road construction inspection, plant control and endangered species studies, personnel supervision, and OSHA, EPA and DEP compliance. She said Mayor Donald F. Humanson Jr. fully supports the appointment, and White said he is strongly dedicated to serving Westfield’s citizens on this board.

At-large Councilor Richard K. Sullivan Jr. acknowledged that White was on the call, and thanked him for his service to the country and volunteering for service to Westfield moving forward.

“I’ve known Steve for a long time. Obviously, we can see his credentials. He is fully qualified. I thank him for his service,” said Ward 4 Councilor Michael Burns.

Another new appointment was that of Jennifer Gilbert as a member of the Zoning Board of Appeals as a second alternate, for a term to expire in February, 2023, replacing Kathleen Hogan-Friguglietti, resigned.

Harris said Gilbert is a registered civil engineer in Massachusetts, employed 13 years with Tighe and Bond in Westfield, who works on water and wastewater improvements, land use and residential site design. She is a graduate of Worcester Polytechnic Institute. She has worked on wastewater, pump station, sewer replacement and water main projects in Chicopee, Belchertown and Holyoke, and on rail trail, downtown streetscape, and traffic analysis in Worcester, Easthampton, North Adams and Northampton, among others.

Harris also brought forward the reappointment of Eileen S. Rockwal, as a member of the Council on Aging, for a term to expire in February, 2024.

Harris said Council on Aging Executive Director Tina Gorman referred to Rockwal as a dedicated and valuable member of the board, whose sister serves as a COA director in Eastern Mass, and she brings to the board new and innovative ideas. Rockwal serves on the strategic planning committee for the COA, and consistently supports evening and weekend programs at the Westfield Senior Center. She works as a human resource director, and is on the Westfield State alumni committee. “She is a passionate advocate for seniors,” Harris said.

Also up for reappointment was Felix Otero as a member of the Police Commission until February 2023.

Harris said Otero has served on the commission for 11 years, and has been involved in the appointments of a new chief, captains, lieutenants, sergeants and patrol officers. Otero is a lifelong resident of Westfield and served as a police officer from 1987 to 1993, then as a court officer in the Massachusetts Trial Court until his recent retirement in 2020. He is very well known in Westfield, she said. In addition to being a police commissioner, he previously served on the Planning Board and on Parks and Recreation.

Ward 5 Councilor John J. Beltrandi, III said Otero has been a great commissioner for many years. “I’m glad he’s staying on after retirement,” he said.

“Felix Otero and family have done a lot for the community,” said At-large Councilor James R. Adams before the unanimous vote.

The last reappointment of the meeting was for David A. Doe of Tekoa Terrace as a member of the Conservation Commission until February 2024.

Harris said the reappointment was administrative, as the Council voted unanimously in September to approve his reappointment until 2021. Doe, a professional of biology at Westfield State, has served on the Conservation Commission since 2004, and has been chair for many years. Doe has also worked with the Westfield Watershed Association, and previously served on the Westfield School Committee from 1992 to 2003; and is a member of the Board of Directors of Stanley Park and Grandmother’s Garden.

“All the candidates tonight are hugely qualified and great for our city,” said Sullivan before the unanimous vote.

“I encourage him to stay on as long as he can,” added Beltrandi.

“I want to thank all the appointees tonight. The Personnel Action Committee does a lot of work here. It really helps the public to know these people. I really like hearing the resumes and work experience, and it helps the public get a feel for who these people are. Thanks to the Personnel Action Committee for all these efforts,” said At-large Councilor Dave Flaherty.