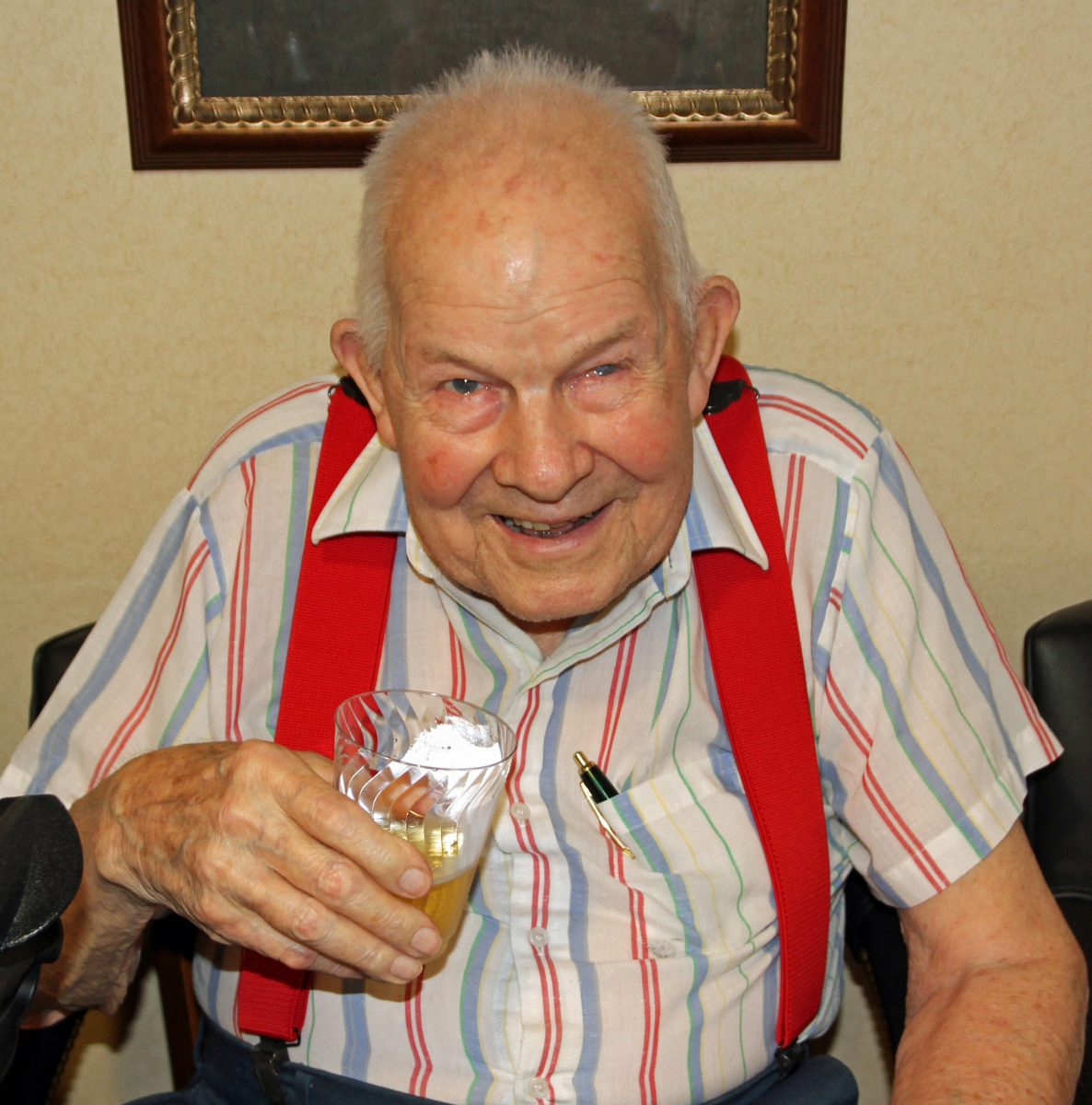 WESTFIELD – On Thursday evening, The Arbors Assisted Living at Westfield celebrated their tenth anniversary with a party for residents and approximately 120 guests, including families, members of the community, and friends from other Arbors locations.
Palmer native Noah Lis entertained throughout the evening. Lis appeared on NBC’s The Voice in 2014 while a senior at Westfield State University. Hors d’oeuvres were served, along with a chocolate fountain and a tropical forest made of pineapple stacks.
There was also a Treasure Chest raffle for the Alzheimer’s Association, which included two Michael Kors watches among its items. Winners will be drawn at The Arbors golf tournament on October 3 at the Chicopee Country Club, according to Mary Argenio, Activities Director.
“We’re family owned, started by a brother and sister from Longmeadow. There is a lot of family inside the Arbors, including a couple of sets of sisters, and a few married couples,” said Sondra Jones, executive director. “It’s a home away from home.”
Jones said the first Arbors to be built was in Amherst, followed by Taunton, Chicopee, and Westfield ten years ago. There are also Arbors locations in Greenfield, Stoneham, Stoughton and Winthrop. The Arbors at Westfield has 90 apartments, with 95 residents at present. Jones called it “independent living with a helping hand.”
Three meals a day are offered, and personal care assistance is available if needed. The staff also provides medication observation to ensure that residents are taking their medications. Jones said that skilled care can be brought in from the outside.
Ten of the apartments are in a secured program for Alzheimer’s patients called “Reflections.” Jones said the ratio of staff to residents is much smaller in this program, which is at the assisted living level.
The Arbors also offers “a kazillion and one activities,” Jones added.
At the party, five original residents were recognized, one of whom is Westfield native Lena Petrucelli, who is 106 years old. Her sister, Mary Allen is also a resident at age 97. Petrucelli and the other residents received a bouquet of flowers.
“If I had known, I would have worn my Sunday dress!” said Petrucelli, after being recognized.
Original members of the staff were also recognized. Mayor Daniel M. Knapik and State Rep. John Velis were also on hand for the celebration.