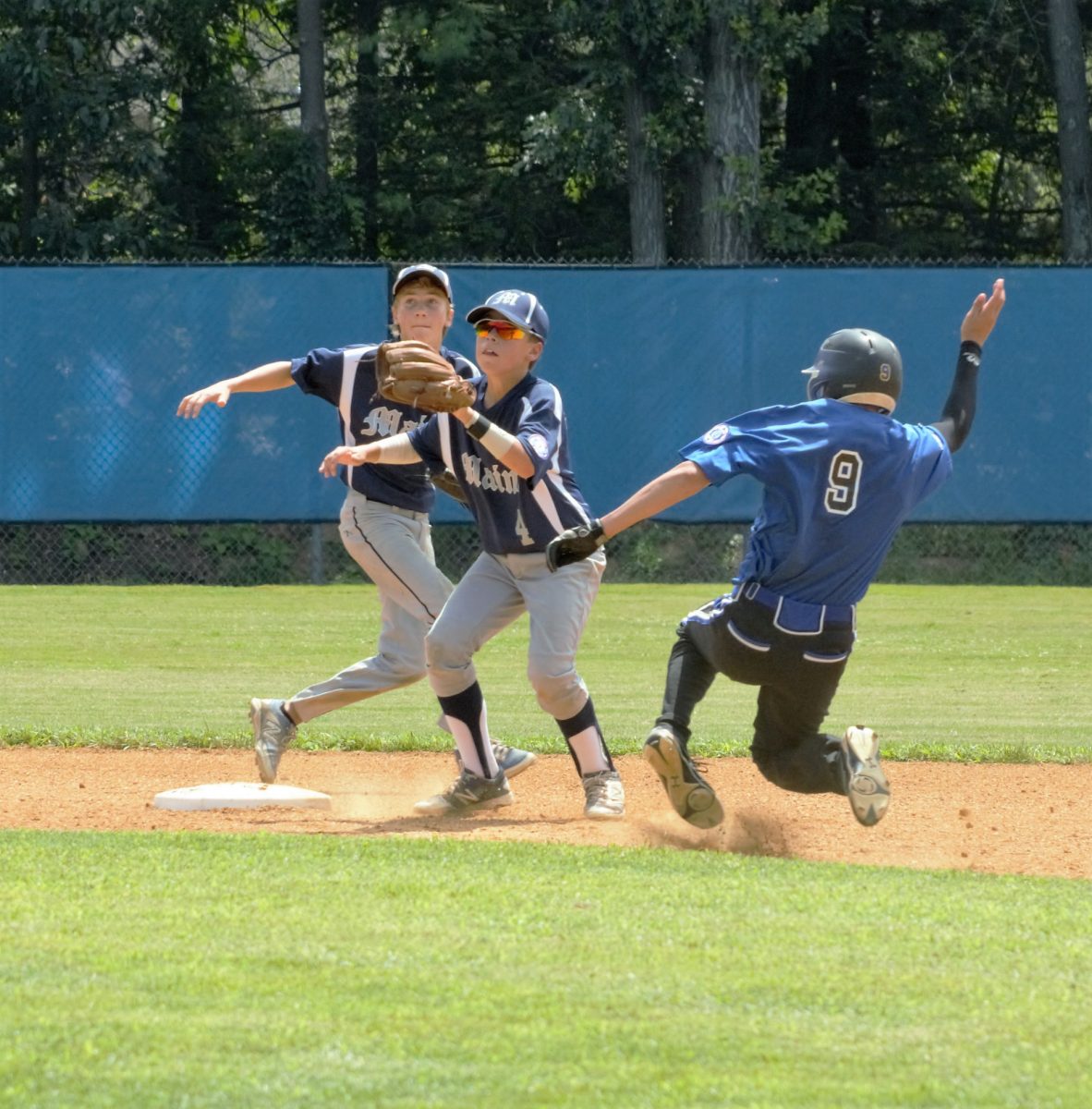 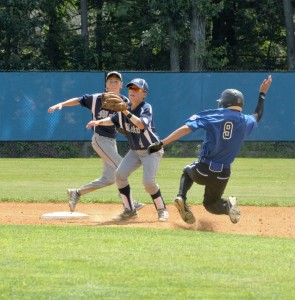 Asa Smith (9) slides into second base. (Photo by

WESTFIELD – The Southwest champions from Arkansas were able to overcome a two-run deficit in the first inning to beat Maine, 6-3 at Bud and Jim Hagan Field at Westfield State University.
Arkansas was led by pitcher Satchel Harris, who threw a complete game and added three RBI to help his own cause.
“We pitched well and had some great defense today,” Arkansas manager Lance Gross said.
Arkansas was down early in the game. Two runs came across for Maine in the first inning after Harris allowed a walk and two hits. Arkansas was able to get one run back in the bottom of the first on a wild pitch, but were down one until the third inning, when they tied the game on a single by Dylan Poush that scored Alex Smith.
The game remained tied going into the fourth, which was when Arkansas blew the game open. They scored a run on a Josh Prinner double to left, then one on a fielding error and another off of a Harris single down the third base line.
Harris was able to overcome the first inning miscues and between the second and third innings, he struck out four Maine hitters in a row, which were part of the seven straight hitters Harris retired. He also went until the fifth inning before allowing another hit – a single to Brian Riley. Maine would later strand Riley.
Harris continued to help his cause later in the game, belting a double to center in the bottom of the sixth that scored another run. There should have been two scored on the play, however, but a runner missed third base and was called out after the play was contested.
Maine was able to get one run back in the top of the seventh, when a Harris wild pitch was able to score Ike Kiely, but that was all that they were able to muster up against Harris’s curveball.
Harris ended his day pitching seven innings, giving up three runs (two earned) on four hits, four walks and seven strikeouts. He was also 2-3 at the plate, with a walk and three RBI.
Harris’s manager Gross said that he was going to stick with Harris, even after the rough start to the game.
“Harris has done a complete game before, so we just let him go,” he said. “Two weeks ago he threw a one-hit shutout.”
The only Maine batter that was able to figure Harris out was their nine hitter, Brian Riley. Riley was able single twice off Harris, as well as draw a walk, and he was the only Maine player to reach base more than once.
The Ron Tellefsen awards, which go to the players of the game from each team, were awarded to Harris for Arkansas, and Nathan Rogers from Maine. Rogers ended 1-3 with two RBI.