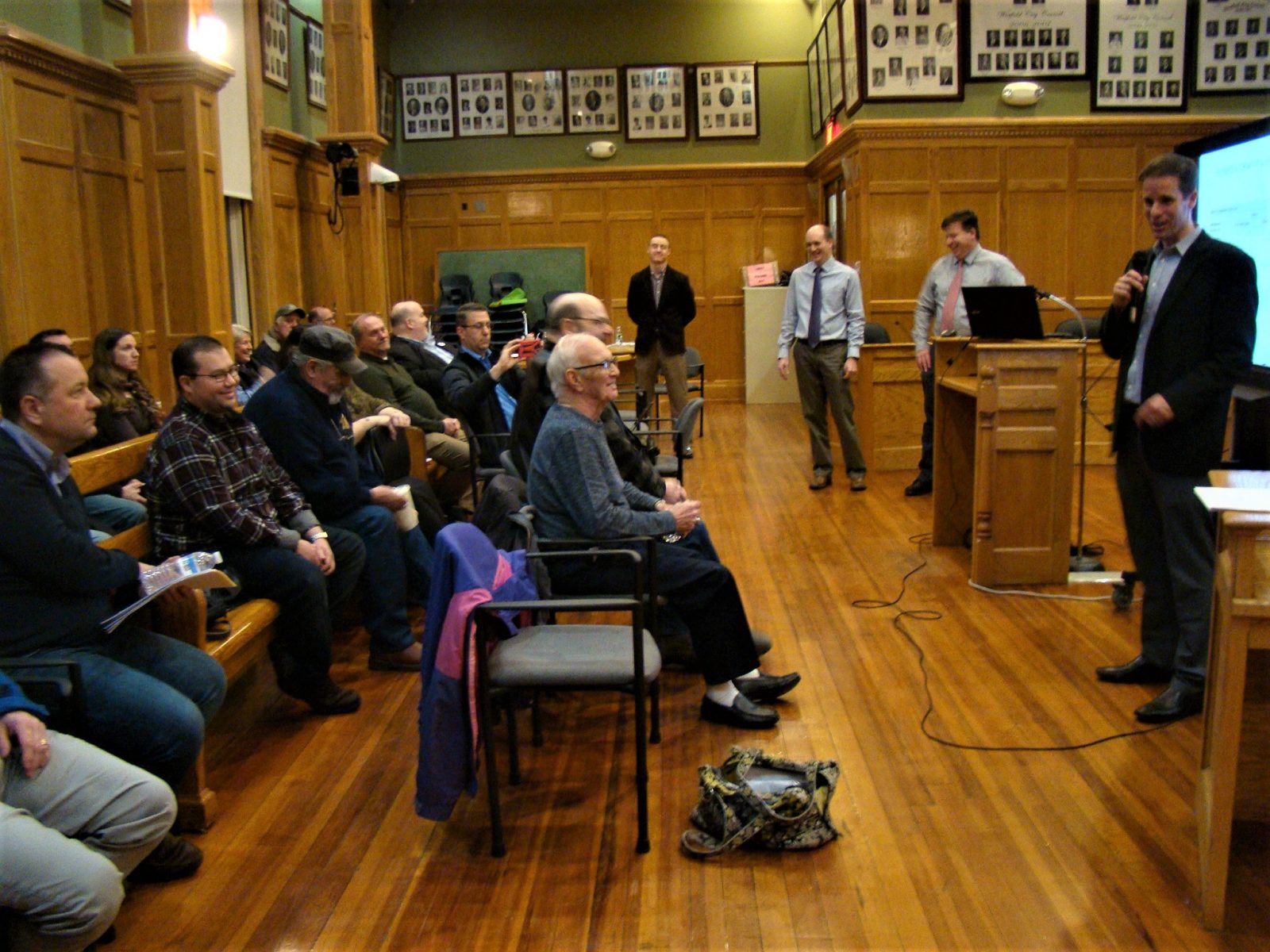 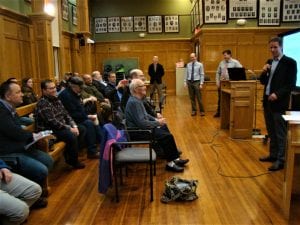 WESTFIELD – A study of Arm Brook Dam resulted in $6.8 million in recommended improvements, of which the city would be responsible for up to $2.5 million.

During a Jan. 29 Flood Control Commission public hearing, Jim Lyons and Deron Davis of the National Resources Conservation Service, and Allen Orsi and Matt Dean of Pare Corp., which assessed the needs of Arm Brook Dam, summarized the process and spoke about the condition of the dam.

The city owns Arm Brook Dam, located on Lockhouse Road, which was designed for construction in 1962. The Service evaluated the dam to meet federal standards and will provide technical and financial assistance.
Lyons said the dam was built under the wetland protection and flood prevention program begun in 1954. In 2000, the president and U.S. Congress signed a law to work on upgrading the structures built in that period to current regulations. Arm Brook was selected for the project following a 2010 assessment.
Resident Barbara Rokus asked about the timeline of the project. Lyons said it would likely be a six-year project. Once there is an agreement with the city an it’s approved, design could take a year, with up to one year for permitting. The construction window would be 18 months.
Lyons said the purpose of the Arm Brook Dam is to protect Westfield against a 100-year flood event. He said the issue with the dam is that there is more water than projected when it was built
“The dam is currently safe. We’re looking to upgrade it to current standards,” Lyons said.
City Engineer Mark Cressotti asked what the agreement with the city would entail. Lyons said it would be a contract agreement on costs and steps moving forward. While the Service will cover 100% of the design and planning costs, moving forward to construction, the split will be 65/35 with the city, which will also be responsible for costs of land acquisition and permitting.
Matt Dean of Pare  said Arm Brook is a typical  flood control dam with a “pretty small principal intake structure, and an auxiliary spillway. He said new guidelines require the principal spillway to collect water from a 100-year flood event without spilling into the auxiliary.
Dean said the study results showed that the subsurface of the embankment is in great shape and met minimum standards but they were unsure about underground conditions.
Orsi spoke about the hydrologic and hydraulic evaluation, how the dam actually passes the flow, which he said is where problems are often found in dams. He said the federal standard asks for protection from a 500-year storm event — 30 to 36 inches of rain in 24 hours. He said the dam didn’t do well from a spillway design standpoint there and did not pass the state standard of a 100-year event.
Lyons said the project would ensure the dam’s safety for another 50 years. “Our purpose is long-term flood protection,” Lyons said.
“The dam is safe, in good shape, but it doesn’t meet current dam standards because rainfall data has increased,” Deron Davis of the Service said at the conclusion of the meeting. 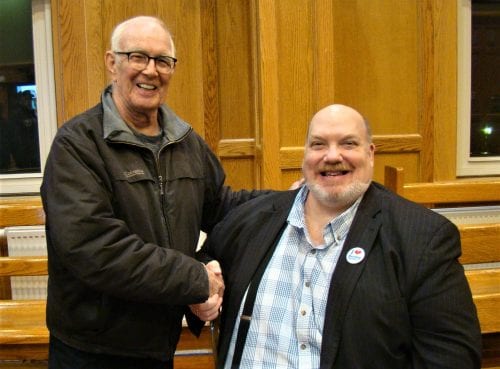 The Powdermill dam is currently going through the assessment process, and is one year behind Arm Brook.
Mayor Donald F. Humason Jr. attended the public hearing and said he also met with Giguere and Flood Control commissioner Jack Leary the evening before, to go over all of the FCC’s concerns in the city, which he said was good preparation for the meeting.
“Our system of dykes, levees and dams protect us from flooding,” Humason said, describing Westfield as an island surrounded by water in a valley at the bottom of a prehistoric ocean.
Humason said rebuilding the two dams will likely cost the city $6-8 million dollars and will have to be factored into future planning. “How does it feed into our bonding cap?” he said, noting other upcoming projects include the Franklin Avenue Elementary School, and a new police station.
“The issue is, how do you prioritize these projects,” Humason said.