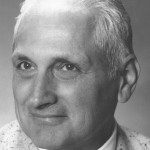 WESTFIELD – Arthur B. Bovino, 87, of Westfield died Sunday, September 16, 2012 in Baystate Medical Center. He was born in Westfield on October 10, 1924 to Sabatino and Rose (Grimaldi) Bovino.
Art was a lifelong resident of Westfield and a graduate of Westfield Trade School and Holyoke Community College. He was a twenty-seven year veteran of the Westfield Police Dept. retiring in 1980 as a Sergeant. Art joined the Westfield Police Dept in 1951, was a Certified Red Cross Swimming Instructor in 1957, became a Certified Investigation Officer from 1961-1966. He was promoted to Detective Sergeant in 1963 and was a Certified Division Officer for the Dept. of Youth Services in 1966, and became the Traffic Safety Officer in 1975. He was a US Naval WWII Veteran and a communicant of Our Lady of The Blessed Sacrament Church. He was a member of the Westfield Police and the Mass Police Associations, the Italian Fraternal Club and the Lake George Sportsman’s Club. Art was a substitute teacher at Westfield Vocational High School.
He leaves his wife of sixty-three years, Helen (Niedzeweicki) Bovino; three sons, Arthur B. Bovino Jr. of Merrick, NY, Samuel M. Bovino of Southwick and Vincent T. Bovino of Westfield; a sister, Emma Olinger of Ocala, FL; five grandchildren and one great grandchild. Art was predeceased by two brothers, Samuel and Anthony Bovino and two sisters, Elizabeth Bertera and Antoinette Copeland.
The funeral will be Friday at 9:00 a.m. from Firtion-Adams Funeral Service, 76 Broad Street, Westfield followed by a Liturgy of Christian Burial in Our Lady of the Blessed Sacrament Church at 10:00 a.m. with burial to follow in St Mary’s Cemetery. Calling hours will be Thursday from 5:00-8:00 p.m. at the funeral home.
In lieu of flowers, the family requests that donations in Arthur’s memory be made to Our Lady of the Blessed Sacrament Church, 127 Holyoke Road, Westfield, MA 01085.
firtionadams.com