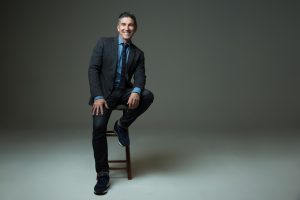 The recent off-Broadway hit, The Absolute Brightness of Leonard Pelkey, visits Hartford Stage through April 23, as part of its national tour. Written and performed by James Lecesne, who wrote the Academy-Award winning short-film Trevor, with music by Duncan Sheik of Broadway’s Spring Awakening fame; the solo show features Lecesne playing a multitude of characters in a small New Jersey town.

According to Lecesne, “I developed The Absolute Brightness of Leonard Pelkey in lower Manhattan at Dixon Place, and after each performance audience members would congregate at the bar and someone would inevitably ask me that same question. Is it true? When I explained that no, in fact, I made it all up, they often seemed a little suspicious. “Really,” they say, “I’m almost sure I remember hearing that story on the news.”

So here’s the story I wrote. Chuck DeSantis, a local detective in a small New Jersey town, investigates the disappearance of a 14-year-old boy known for his joyous spirit and flamboyant sense of style. As the inhabitants of the town reflect on Leonard Pelkey’s life and their personal interactions with him, they come to understand just how much he affected their lives. And as Chuck delves deeper into the mystery, he discovers the price Leonard paid for being different, and finds himself connected to everyone in the community in surprising ways. The owner of the local hair salon, her 16-year- old daughter, the older man who works the clock repair shop, a teenage video gamer geek and the wife of a local mobster are just a few of the characters I portray in this solo play”

James Lecesne wrote the screenplay for the short film Trevor, which won an Academy Award and inspired the founding of The Trevor Project, the only nationwide 24-hour suicide prevention and crisis intervention lifeline for LGBTQ and questioning youth. As an actor, he was seen on Broadway in The Best Man; Off-Broadway in Word of Mouth,  The Boys in the Band; One Man Band; and Cloud 9, and on TV in .Armistead Maupin’s Further Tales of the City, Will & Grace and the ITVS series Vicious. James has written three novels for young adults, and he was executive producer of the documentary film After the Storm, which follows the lives of 12 young people living in post-Katrina New Orleans. He played over 30 characters in Doug Wright’s I Am My Own Wife at Hartford Stage in 2007 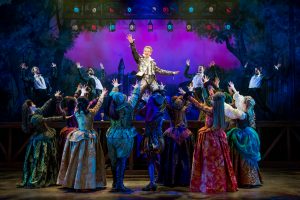 For details on The Absolute Brightness of Leonard Pelkey::   http://absolutebrightnessplay.com/   For details on the Hartford Stage run:  860-527-5151 or www.hartfordstage.org

Some current and recent Broadway hits are Hartford-bound next season, and yes, Hamilton is due in Hartford in 2018-2019. Recent Broadway musicals Finding Neverland, The Color Purple, and Something Rotten will make their way to Hartford, along with the blockbuster Les Miserables. Current blockbusters School of Rock with its Andrew Lloyd Webber score, and On Your Feet!, the story of Emilio and Gloria Esfafan, also play The Bushnell. The season also includes the new pre-Broadway musical The Bodyguard, based on the Whitney Houston movie with its incredible score, and Love Never Dies: The Phantom Returns, Lloyd Webber’s “sequel of sorts” to Phantom of the Opera.  For details: 860-987-5900 or www.bushnell.org.. 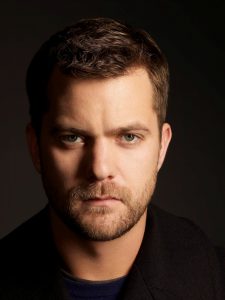 Berkshire Theatre Group has added Mark Medoff’s multi-award-winning hit Children of a Lesser God to the summer line-up, June 22-July 22. Joshua Jackson, star of TV’s Dawson Creek and The Affair will play the teacher at a school for the hearing-impaired who falls for a former student there, played by Lauren Ridloff. Stephen Spinella from Broadway’s Angels in America is in the cast; the show’s directed by Kenny Leon, and according to a national news report by Michael Riedel, it’s Broadway bound from Stockbridge. For details: www.berkshiretheatre.org.

The Pianist of Willisden Lane, Mona Golabek adapted her mother’s story as a brilliant piano prodigy who was evacuated from Vienna via Kindertransport to live in London during the World War II blitz. Golabek, also an accomplished pianist, tells the tale in an absorbing solo performance combining her mother’s words an classical music. A major hit globally, and one of the best shows I’ve ever seen at Hartford Stage, returns to New England at Westport Playhouse in CT, April 5-9. For details: http://www.westportplayhouse.org/

Next To Normal, the Pulitzer Prize winning musical about a family trying to maintain equilibrium when one member is bipolar, plays Hartford’s TheaterWorks through April 3. Tom Kitt composed the score, and Brian Yorkey provided book and lyrics. Rob Ruggiero directs, and Christiane Noll and David Harris stars. Adam Souza is music director. It will be a treat to see an intimate musical in an intimate performance space like TheaterWorks. For details: www.theaterworkshartford.org. 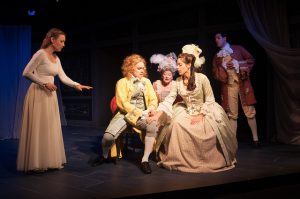 The UMass Concert Band performs a new work honoring George Parks on April 2 at the UMass Fine Arts Center in Amherst. Parks, the late Minuteman Marching Band director, is being honored in G.P, written by Jeffrey W. Holmes. Parks was instrumental in raising the Band to national prominence before his death in 2010. For details: 413-545-2511, 800-999-UMAS or www.fineartscenter.com

The Hartford Symphony Orchestra presents The Planets: Different Worlds on April 7-9 at  the Belding Theater at The Bushnell in Hartford. Maestra Carolyn Kuan conducts a program that includes: Ingram Marshall’s Kingdom Come, Mason Bates’ Liquid Interface, and Gustav Holst’s The Planets. For details: 860-987-5900 or www.hartfordsymphony.org

Emilie: La Marquise Du Châtelet Defends Her Life Tonight, Lauren Gunderson’s play which put WAM Theatre on the map in 2013, is getting a WAM revival with its original cast through April 9, at Shakespeare and Company’s Tina Packer Theatre in Lenox. WAM Artistic Director Kristen Van Ginhoven, who staged the original, returns to stage the revival. Emilie Du Châtelet (1706-1749), best known for her 15-year-liaison with Voltaire, a French Enlightenment writer, historian and philosopher, was far more than a great man’s mistress. She became a highly regarded interpreter of modern physics and a master of mathematics and linguistics during the Age of Enlightenment. Kim Stauffer plays Emilie. For details: www.wamtheatre.com.