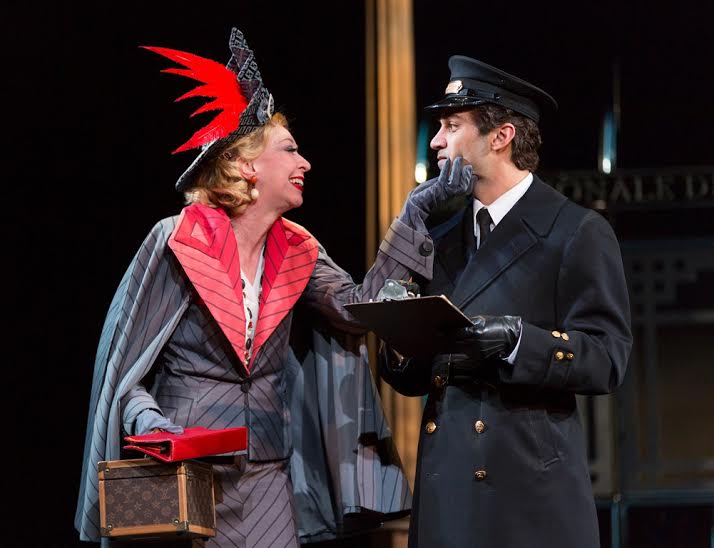 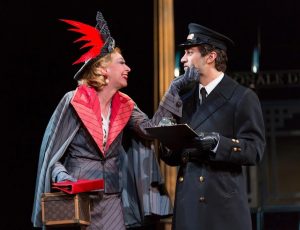 All Aboard Hartford Stage’s Murder on The Orient Express

“With Ken Ludwig, Emily Mann, a splendid cast, and a renowned design team on board, Murder on the Orient Express is bound to be a glamorous and suspenseful train ride,” according to Hartford Stage Artistic Director  Darko Tresnjak. “I can’t wait to see their take on one of the supreme achievements of the mystery genre at Hartford Stage.” 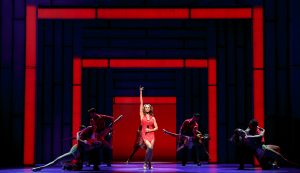 Deborah Cox in The Bodyguard at The Bushnell. Photo by Joan Marcus.

The Bodyguard Heads To The Bushnell February 20-25

Deborah Cox, R&B superstar and Grammy nominee plays the “Whitney Houston part” in the new musical, The Bodyguard, which originated in London, and is touring nationally in opes of landing a Broadway run. The Bodyguard plays The Bushnell in Hartford on February 20-25.

The stage musicalization of the 1992 movie hit, which starred Houston and Kevin Costner, includes a host of irresistible classics including “Queen of the Night,” “So Emotional,” “One Moment in Time,” “Saving All My Love,” “Run to You,” “I Have Nothing,” “I Wanna Dance with Somebody,” and one of the biggest selling songs of all time – “I Will Always Love You.”

Based on Lawrence Kasdan’s Oscar-nominated Warner Bros. film and adapted by Academy Award-winner (Birdman) Alexander Dinelaris, The Bodyguard had its world premiere in London’s West End where it was nominated for four Laurence Olivier Awards including Best New Musical and won Best New Musical at the Whatsonstage Awards.

Deborah Cox won acclaim for her Broadway performances in Aida and Jekyll and Hyde.

Righting The Wrong. Sexual harassment and misconduct issues have impacted area theatres. New Haven’s Long Wharf Theatre has severed ties with longtime Artistic Director Gordon Edelstein, after the New York Times investigated complaints and allegations about him. Former StageWest Artistic Director Gregory Boyd’s sudden retirement from Houston’s Alley Theatre was also related to sexual harassment and misconduct issues. And, Goodspeed Musicals dropped plans to produce Woody Allen’s musical Bullets Over Broadway, substituting The Drowsy Chaperone in its place. Goodspeed’s Michael Gennaro said “Woody Allen, has come under increasing scrutiny.  Ongoing reports in the media have made this situation even more difficult and complicated and this led us to reconsider the appropriateness of producing the show.” 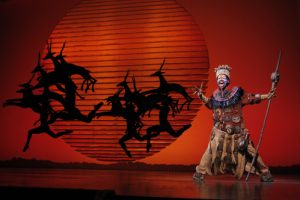 The Lion King, the long-running family-friendly Broadway hit, will open the Bushnell’s 2018-19 season on August 1-19. The Disney musicalization of the hit movie won six Tony Awards including “Best Musical” in 1997, and it’s been big on Broadway ever since. Tickets go on sale on April 5. For details: 860-987-5900 or www.bushnell.org.

Berkshire Theatre Group: Two Shows in New York. Dan Lauria will headline the Off-Broadway cast of The Stone Witch, Shem Bitterman’s drama about an illustrious children’s book writer and illustrator, which had its world premiere at the Berkshire Theatre Group. Rupak Ginn, who was in the BTG production in Stockbridge,  and Carolyn McCormick co-star. Previews begin March 12, with an opening set for March 25. Berkshire Theatre Group’s production of Children of a Lesser God, starts previews on Broadway on March 22.

Shakespeare & Company has announces its 2018 summer season, one of its most ambitious seasons in years.. Exploring themes of Delight, Deceit, and Desire, the season includes three Shakespeare plays: Macbeth, As You Like It, and Love’s Labor’s Lost; plus the New England Premiere of Morning After Grace by Carey Crim; Creditors by August Strindberg adapted by David Greig; Heisenberg by Laurence Olivier Award winner Simon Stephens; Mothers and Sons by Tony Award-winning playwright Terrence McNally; and HIR by Pulitzer Prize finalist Taylor Mac. For details: 413-637-3353 or www.shakespeare.org. 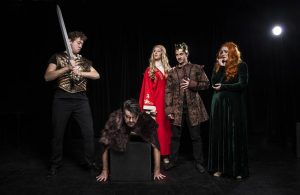 The cast of Musical Thrones: Fire and Ice. Photo by Timothy Norris.

Musical Thrones: A Parody of Ice & Fire spoofs Game of Thrones visits Springfield’s CityStage as part of its national tour on February 15-16. Composed by the hysterical madmen behind the long-running Silence! The Musical, Jon and Al Kaplan, it’s a journey through the first seven seasons of the Emmy Award-winning TV series series. For details: 413-788-7033 or www.citystage.symphonyhall.com. 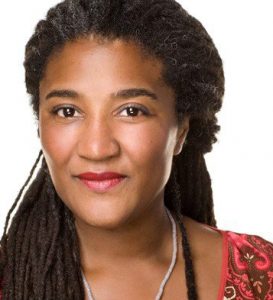 Lynn Nottage, author of Intimate Apparel at Playhouse on Park

Intimate Apparel, a historical romance set in New York City by Pulitzer Prize-winning playwright Lynn Nottage, comes to West Hartford’s Playhouse on Park February 14-March 4. Playwright Lynn Nottage ,is the first woman to have received the Pulitzer Prize for Drama twice, for her plays Ruined and Sweat.  In Nottage’s play, Esther, an African American seamstress, supports herself by creating exquisite lingerie for wealthy Manhattan clients. When a letter arrives from a stranger, it awakens a desire within her that leads to the love that she yearned for, but it is nothing like she expected. For details: 860-523-5900 x10 or visit www.playhouseonpark.org