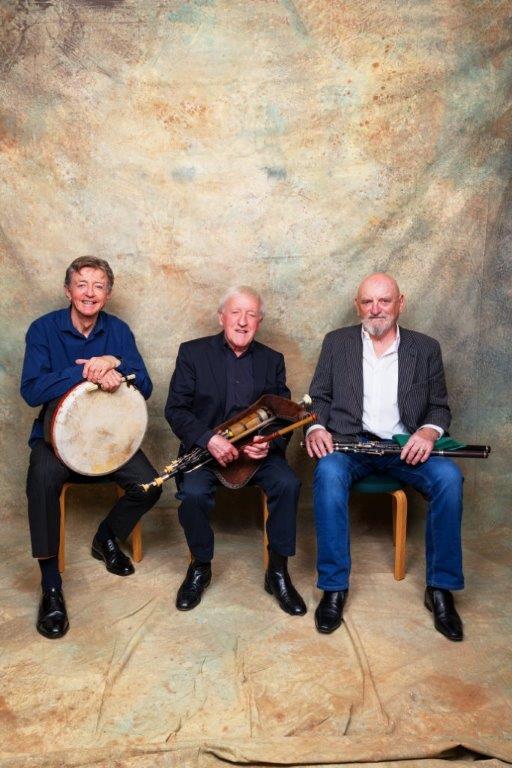 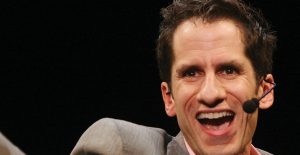 Seth Rudetsky stars in Disaster! at CT Rep this summer.

Goodspeed Musicals announced three productions planned for its series as the Terris Theatre in Chester, CT. First will be the inspiring You Are Here by Drama Desk Award nominees Bartram and Hill, running May 18-June 10. Next up will be a new musical adaptation of the enduring love story Cyrano. This exciting new take on the classic will be adapted by Erica Schmidt in collaboration with the indie band The National. Cyrano runs August 3-September 2. Finally, A Connecticut Christmas Carol, a musical adaptation of the Dickens holiday classic spiced with the flavor of the Nutmeg State, returns to The Terris Theatre November 30-December 30, 2018. For details: 860.873.8668 or http://goodspeed.org/

Hartford Stage announced tthat Athol Fugard’s A Lesson from Aloes, an important work which speaks to the current social and political discord surrounding the issues of nationalism and immigration, will replace Fugard’s Statements After an Arrest Under the Immorality Act as the final play of the 2017-18 season. Darko Tresnjak will direct.

Performance dates are: May 17-June 10. Subscribers will use their same tickets, originally issued for Statements After an Arrest Under the Immorality Act, for A Lesson from Aloes.  For details:  860-527-5151 or  www.hartfordstage.org.

WAM Theatre has announced two new members of the WAM Leadership Team Talya Kingston has been named Associate Artistic Director, and Max Galdos-Shapiro will join WAM as General Manager. Together with Artistic Director Kristen van Ginhoven and Philanthropy and Outreach Coordinator Gwendolyn Tunnicliffe, they comprise the leadership team at WAM Theatre. Newly appointed to WAM’s Board of Directors are Lynn Festa, Wendy Healey, and Arwen Lowbridge. For details on WAM: www.wamtheatre.org

Denis Jones, the Tony-nominated choreographer of Goodspeed’s Irving Berlin’s Holiday Inn on Broadway, and last season’s Thoroughly Modern Millie at Goodspeed, has been announced as choreographer of the Broadway-bound musical, Tootsie. It’s based on the movie with Dustin Hoffman, which will feature a score by David Yazbeck, who provided music and lyrics for The Full Monty and The Band’s Visit. Tootsie opens in Chicago this fall. 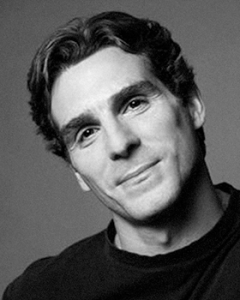 The Hartford Symphony Orchestra presents a mix of music and movement, Stravinsky & Swan Lake, March 9-11 in the Belding Theater at The Bushnell in Hartford. Maestra Carolyn Kuan will be joined by dancers Yury Yanowsky and Dalay Parrondo for a program that includes Stravinsky’s ballet Game of Cards (Jeu de Cartes), as well as his Symphony in Three Movements, and Tchaikovsky’s Suite from Swan Lake, Op. 20a, TH 12. Yanowsky was a principal dancer with Boston Ballet. where he is a choreographer; he’s  currently on faculty at Harvard University. Dalay Parrondo, a member of Boston Ballet, 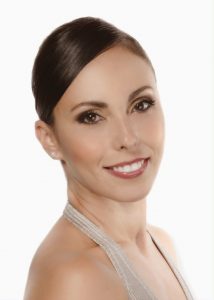 began her training at age nine at Cuban National Ballet School, where she joined  the National Ballet of Cuba in 1998. For details:  860-987-5900 or www.hartfordsymphony.org.

The Valley Letters Project: Live on Stage, a new series celebrating the art of letter writing and its connection to our local history, will be performed at The Academy of Music Theatre in Northampton on March 10. The evening will feature letters by historic people of note connected to the Western Massachusetts/Pioneer Valley region brought to life by contemporary people of note who are currently impacting the Western Massachusetts and the Pioneer Valley landscape. The creative team for this project has carefully curated an evening of historic letters of love, home, friendship and advice from Susan B. Anthony, John Brown, Calvin Coolidge, Emily Dickinson, Frederick Douglass, Amelia Earhart, Ralph Waldo Emerson, Nathanial Hawthorne, Helen Keller, Leonard Nimoy, Frederick Law Olmsted, Sojourner Truth, Kurt Vonnegut and others. Letter readers include: Richard Michelson, Mayor David Narkewicz, Bill Newman, Nannette Vonnegut, Mo Willems and more. For details: 413-584-9032 ext.105 or www.aomtheatre.com 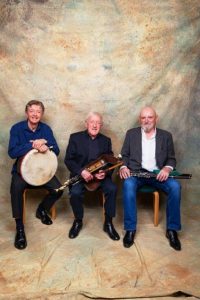 The Chieftains, six-time Grammy Award winners, are celebrating their 55th anniversary of bringing Irish music to worldwide audiences. Their current tour includes a stop at Springfield’s Symphony Hall on March 11. For tour details: www.thechieftains.com For Springfield tickets: 413-788-7033 or http://www.symphonyhall.com/shows/the-chieftains/ 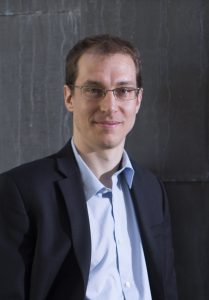 Gilles Vonsattel, UMass faculty pianist, will perform Leonard Bernstein’s Symphony No. 2, The Age of Anxiety with the UMass Symphony Orchestra, conducted by Morihiko Nakahara. on March 8 at the UMass Fine Arts Center Concert Hall. The program will also include Beethoven’s epic Symphony No. 7, and Holy Roller by Missy Mazzol. For details: 413-545-2511, 800-999-UMASS or www.fineartscenter.com/musicanddance

The Westfield News Radio Show will be hosted by ArtsBeat’s Mark G. Auerbach on Thursdays in March, from 6AM-8AM on 89.5fm/WSKB. Mark’s guests on March 8 are scheduled to include: Todd Trebour from UMass Arts Extension Service, author David Horgan, and The Capitol Steps co-founder Elaina Newport. Tune in  live on the airwaves, on Comcast ch. 15, or www.wskb.org