Love/Sick
John Cariani’s quirky collection of short, darkly comic plays, “Love/Sick” is up next at Hartford’s TheaterWorks. (May 16-June 22).
The actor and playwright, who once spent a season in the intern company at Springfield’s StageWest, was a Tony Award nominee for “Fiddler on the Roof” in 2004. He’s known to television audiences as CSU Tech Julian Beck in “Law and Order” and as the autistic reporter on the satirical “Onion News Network”.
Ten years ago, he wrote “Almost, Maine”, a portait of residents in a small northern Maine town. “Almost, Maine” had an acclaimed run in New York, and has become one of the most-produced American plays at community theatres nationwide.
Cariani, who grew up in Presque Isle, Maine (and graduated from Amherst College), has captured the nuances of New Englanders in his plays. “Love/Sick” got its start at Portland Stage.
Amy Saltz, who directed “Almost, Maine” for TheaterWorks last season, returns to Hartford to stage this production.
TheaterWorks performs at City Arts on Pearl, 233 Pearl Street, in downtown Hartford. For tickets: 860-527-7838 or www.theaterworkshartford.org 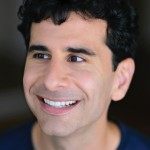 Awards Season
It’s Theatre Awards Season in New York, and many people and productions with local ties are being honored with all sorts of theatre awards. The Tony Awards nominees have been announced, and the next few weeks will be ones with pearl-clutching, wagers, campaigns, parties, and drama, all culminating with the Tony Awards live broadcast on Sunday June 8th (CBS at 8 p.m.) Hugh Jackman hosts. Think of the Tonys as the Super Bowl of Broadway.
“A Gentleman’s Guide to Love and Murder”, which played Hartford Stage before moving to New York, picked up 10 Tony Award nominations, including “Best Musical”, “Best Book of a Musical”, Best Score” and “Best Director” (Darko Tresjnak, Artistic Director of Hartford Stage). Jefferson Mays, the actor who plays eight different characters in the show, was nominated for “Best Actor in a Leading Role in a Musical”. The musical “The Bridges of Madison County”m which had its out-of-town tryout at Williamstown last summer, picked up nominations for its score, orchestrations, and leading lady (Kelli O’Hara).
Bloomfield, Conn. native Anika Noni Rose was nominated for her acting performance opposite Denzel Washington in “A Raisin in the Sun”. Rosie O’Donnell, long-time theatre advocate and activist, will receive the Isabelle Stevenson Award at this year’s Tony Awards. 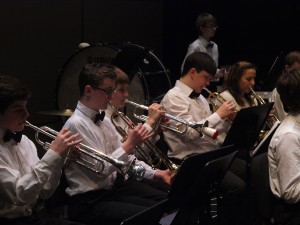 The Tony Awards aren’t the only awards on the Great White Way. The Outer Critics Circle, the organization of writers and commentators covering New York theater for out-of-town newspapers, national publications and other media beyond Broadway, announced its nominees for the 2013-14 season in 24 categories. (The awards will be announced on May 12). “A Gentleman’s Guide to Love and Murder” nabbed 11 nominations. Berkshires actress Debra Jo Ruff, who starred as Dr. Ruth Westheimer in “Becoming Dr. Ruth” at Barrington Stage Company in Pittsfield (where the play premiered) and in Hartford, is a nominee for Outstanding Solo Performance. At The Drama Desk Awards, Amherst artist Marisa Michelson has two nominations for her musical “Tamar of The River”.
To keep tabs on the Tony Awards: http://www.tonyawards.com/index.html
To find discount tickets for Broadway shows without standing in line at the TKTS booth: http://www.broadwaybox.com/
Keep in Mind…
***Hartford Symphony Orchestra MasterWorks Series brings back former HSO Maestro Edward Cumming to conduct Dvorak’s “Slavonic Dances” and Symphony No. 6, along with Brahms Concerto for Violin and Violincello with Leonid Sigal and David Finckel. Performances are May 8-11 at The Bushnell. For tickets: 860-244-2999 or www.hartfordsymphony.org.
***Springfield Symphony Youth Orchestras’ Season Finale, on Sunday, May 18 (3 p.m.) at Springfield Symphony Hall. This concert features the winners of the Youth Orchestra’s 2014’s Concerto Competition. Tickets will be available at the door. For details: 413-733-0636.
Mark G. Auerbach studied theatre at American University and the Yale School of Drama. He’s worked for arts organizations and reported on theatre for newspapers and radio.