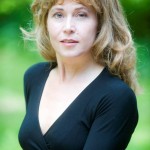 Elizabeth Aspenliwder stars as Masha in “Vanya and Sonia and Masha and
Spike” at Shakespeare and Company.

Without spoilers, Vanya and Sonia are middle-aged siblings, who live modestly in their parents’ country house. Their lives were consumed by caring for their elderly, now dead parents, and they had little lives of their own. Enter Masha, their successful over-the-top movie star sibling, with her much younger boy-toy, Spike, in tow. Masha says she’s in town for a costume party, but she’s really in town for other reasons. Cassandra, a house keeper turned soothsayer, and Nina, the girl-next-door, complicate an angst-ridden sibling reunion. Matthew Penn stages the Shakespeare and Company production, and Elizabeth Aspenleider, Shakespeare and Company’s Communications Director, goes onstage as Masha. The cast also includes: Jim Frangione (Vanya), Mat Leonard (Spike), Angel Moore (Cassandra), Tod Randolph (Sonia) and Olivia Saccomanno (Nina).
Aspenleider is thrilled to be onstage in “Vanya and Sonia and Masha and Spike”. 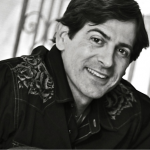 “Durang hasn’t left a stone unturned when it comes to measures of comedy and the human condition in this play,” said Aspenleider. “He plumbs the depths of our need to feel counted, connected and loved. To see this play unfold and to step into Masha has been a blast. It’s filled with hilarity, angst and so many unexpected heart-wrenching moments. The play is about connection – lost and found – about families – language and communication in the 21st century – it reveals our foibles and how sometimes even our most tragic moments can be illuminating and yes, very, very funny. Okay I’m saying it… I love this play!”
For tickets: 413-637-3353 or www.shakespeare.org. 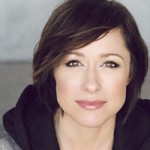 A Hatful of Rain
Berkshire Theatre Group presents Michael V. Gazzo’s “A Hatful of Rain”, a poignant foray into the devastating effects of heroin in the life of a Korean War veteran at the Fitzpatrick Main Stage in Stockbridge (August 13-August 30).
“A Hatful of Rain” opened on Broadway in 1955 with a powerhouse cast including Ben Gazzara, Shelley Winters, and Anthony Franciosa (who appeared in the 1957 film version, and was nominated for an Oscar). Greg Naughton (another member of the Naughton theatre family dynasty) directs. His dad, James Naughton is currently in the Berkshire Theatre Group’s “Cedars”, which is directed by his sister, Keira Naughton. Naughton, with music and theatre performance credits, is married to Kelli O’Hara, star of Broadway’s revival of “South Pacific”, productions of “The Sweet Smell of Success”, “the Pajama Game”, and “Nice Work If You Can Get It”, and last season’s “The Bridges of Madison County”. 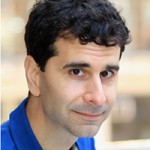 According to Greg Naughton, “”A Hatful of Rain” is best known these days as a scene-study staple for acting students. There have been very few significant productions since its premiere in 1955. But for 20 years, it has been occupying a large space in my imagination. A couple years ago I finally got a little workshop time with it, which only fueled my conviction that it is a ‘lost classic.’ his play about a PTSD case (before the term was coined) who returns home addicted to heroin is (unfortunately) very timely again.”
For tickets: 413-997-4444 or www.berkshiretheatregroup.org.
Of Note
Bernstein Sculpture at Tanglewood.
Celebrated New England-based artist Penelope Jencks’s new sculpture of Leonard Bernstein was unveiled at a ceremony at Highwood manor house on the Tanglewood grounds. The new sculpture honors the legendary Leonard Bernstein (1918-1990)—composer, conductor, author, lecturer, and pianist – who led the Boston Symphony and Tanglewood Music Center orchestras in some of the most memorable performances in the history of the festival. For information: www.tanglewood.org
Keep in Mind…
***Dancing Lessons, a new play by Mark St. Germain, has its world premiere at Barrington Stage in Pittsfield through August 24. Julianne Boyd directs. John Cariani, formerly of StageWest, and Paige Davis star in a story about a young man with Asperger’s who seeks lessons from a Broadway dancer. (The show has been announced on TheaterWorks’ 2014-15 Hartford season. )For tickets in Pittsfield: 413-236-8888 or www.barringtonstageco.org
Mark G. Auerbach studied theatre at American University and the Yale School of Drama. He’s worked for arts organizations and reported on theatre for newspapers and radio.