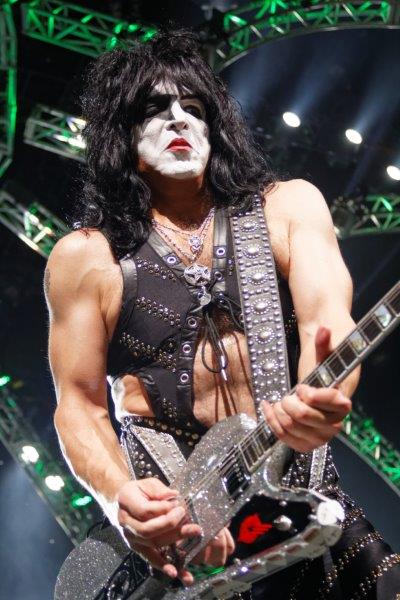 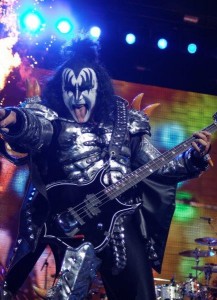 HARTFORD – Fire, smoke and explosions rawked the Xfinity Theater in Hartford Sunday night when a group of painted-faced musicians came in to town and decided to take over. Masked men KISS brought along fellow rawkers Def Leppard for a full night of mayhem and some great music.
Def Leppard opened their show by coming out to the music of The Who’s Won’t Get Fooled Again and then playing it live for the last verse of the song. I have to say, kind of a cool way to open the show and something a little different. Leppard’s set spanned their entire career and included classics such as Let it Go, Animal, Foolin’, Bringing on the Heartbreak, Rocket and Pour Some Sugar on Me.
The Brits played for a little over an hour and generally seemed to go through the motions on this night. Their less-than-energetic set ended with a two-song encore of Rock of Ages and Photograph. 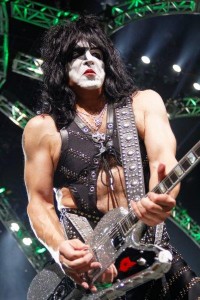 KISS pulled a fairly new one out of their 40-year career to open the show with: Psycho Circus. The band then plowed through a mixed bag of KISS classics including Deuce, Shout it Out Loud, War Machine and Hotter Than Hell, when winged bass player Gene Simmons, aka the Demon, pulled out one of his many carnival tricks by actually breathing fire.
I Love it Loud and Lick it Up came next followed by a Gene Simmons bass solo and carnival trick number two, spitting blood. During this solo and blood-spitting demonstration, some cables are supposed to lift Simmons up in to the rafters giving the effect of flying… well this trick didn’t work out so well as the Demon was left standing there without taking flight. Crew members quickly unhooked Simmons and the show went on with the song God of Thunder.
The band kept plugging along after this mishap with the sappy Hide Your Heart (I am still not sure how this song makes the cut night after night) followed by some old school gems, Calling Dr. Love and Love Gun. During Love Gun, singer Stanley flies out over the audience to give the folks in the cheaper seats a little thrill.
Black Diamond, Detroit Rock City and Rock and Roll All Night finished out the set. The night was made complete with a giant disco ball and streaming confetti everywhere as the band thank the crowd and walked off the stage.
Having been a fan of KISS for many years, it has always been fun to see them live. The stage show alone is generally enough to keep me coming back. Although, I am not sure if KISS and Def Leppard are just tired of playing the exact same songs night after night, but tonight’s show lacked the energy one would expect from two of the biggest selling artists of all time. With good seats selling for just under $200 out of the box office, one would expect these bands to put something new in the sets that might not have been done before… maybe next time.
On true highlight of tonight’s show was the opening band The Dead Daisies. The Daisies made up of a mish mosh of players from former bands like Guns n Roses, Whitesnake, Psychedelic Furs and Ozzy, provided the crowd with a real kick in the pants 30-minute set consisting of material from their full length release, The Dead Daisies. Stay tuned for bigger things coming soon from this band.
Mike Augusti’s Rawk Report provides live reviews of local concerts in Connecticut and Massachusetts. The Rawk Report also includes new music releases and upcoming concerts to the area. [email protected] for any questions or comments.