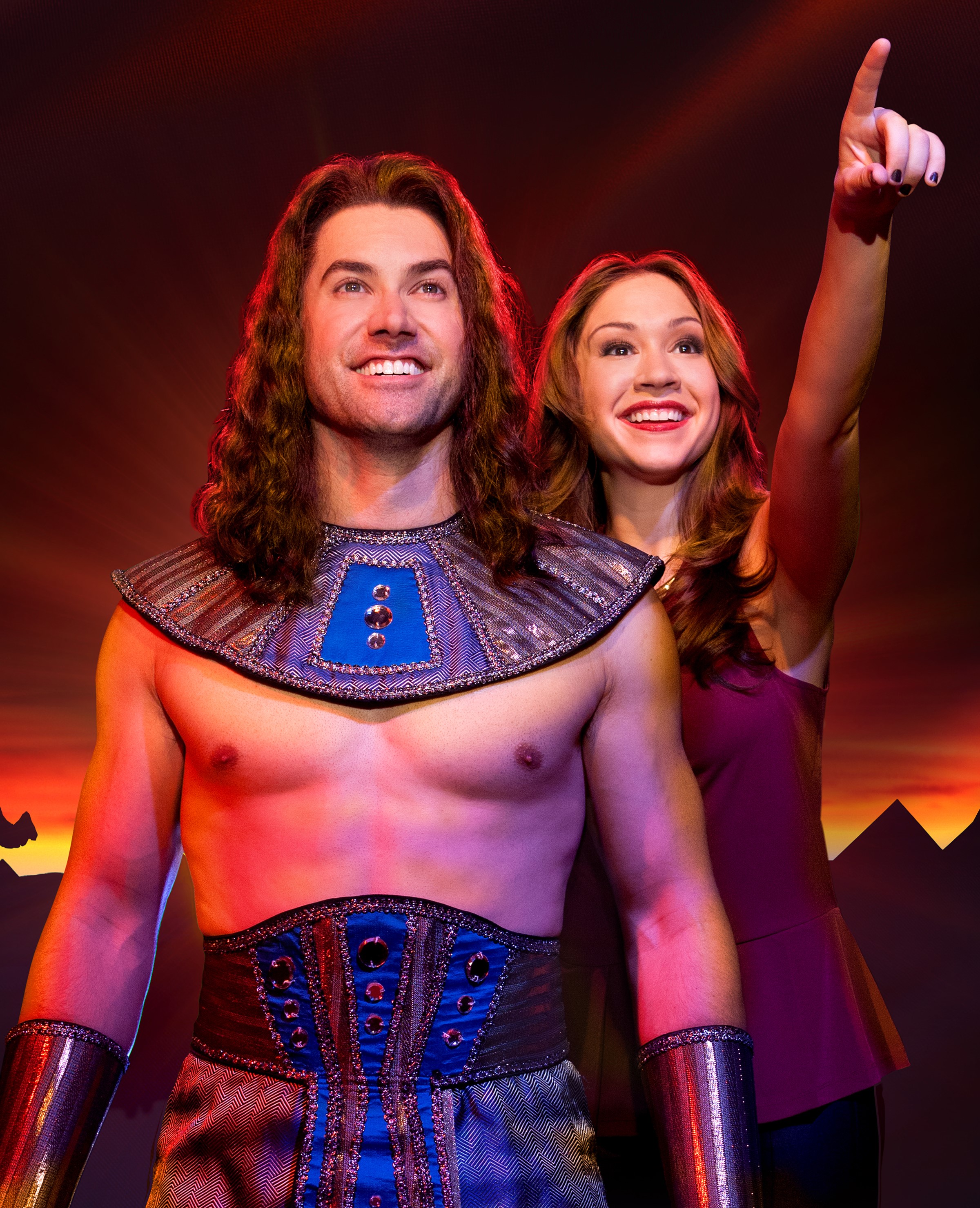 Hamlet
Fresh off a Tony Award win for Broadway’s hit musical, “A Gentleman’s Guide to Love and Murder”, Darko Tresnjak, Hartford Stage Artistic Director returns to home base to direct and design Shakespeare’s masterpiece, “Hamlet”. (October 16-November 16).
For this evening of bloody drama, and major family dysfunction, there is nothing like a Dane. “Hamlet”, a Danish prince, returns home to find his father killed, and his mother marrying his uncle, the murderer. When Dad’s ghost rises to demand retribution, Hamlet is put in an impossible situation. In an opulent, Elizabethan staging, Hamlet, the tragic tale of revenge and retribution will get the full-on, terrifying and bloody treatment. 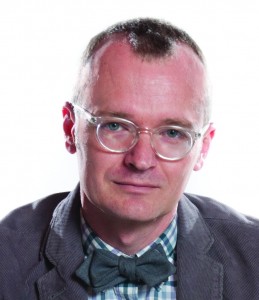 One of the best tragedies ever written, and (in the right hands) a blockbuster for over 400 years, “Hamlet” offers a compelling story of a prince surrounded by evil, and a challenge for a director and an actor. Many of the world’s best actors have taken on the role of Hamlet, from John Gielgud to Laurence Olivier to Richard Burton and Jude Law. In Hartford, Zach Appelman gets the part. Appleman, an alum of Broadway’s “War Horse”, Julie Taymor’s production of “A Midsummer Night’s Dream”, and the title role in “Henry V” at The Folger, is a Yale School of Drama graduate. His recent TV and film appearances include “Sleepy Hollow,” “Homeland,” “Black Box,” and the film version of Taymor’s “A Midsummer Night’s Dream”. 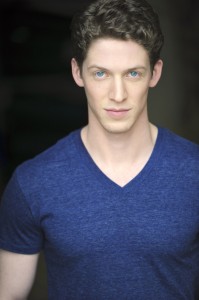 Designer and director Darko Tresnjak says, “Shakespeare’s most famous play is both a bold theatrical thriller and a literary masterpiece. It has captured the imagination of the world, on the page and on the stage, for over four centuries. I look forward to exploring “Hamlet” with this wonderful acting ensemble headed by Zach Appelman.”
For tickets: 860-527-5151 or www.hartfordstage.org.
Joy Behar
Comedian/talk show host, Joy Behar brings her stand-up tour to Pittsfield’s Colonial Theatre, presented by The Berkshire Theatre Group, on October 17. With more than 30 years on stage and screen, Behar’s one-woman show takes a journey from her rollicking childhood in Brooklyn to center stage as one of America’s most notable talk show hosts and comedians. As Behar says, “It’s a good time to take stock of my shenanigans.” 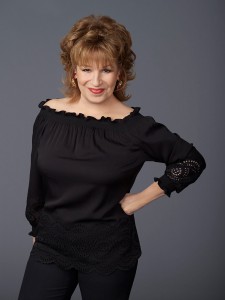 Behar is a comedic original and a leading woman both on stage and screen. She received an Emmy Award for her performance on “The View”, where she was a member of the cast for sixteen years. She also hosted her own talk shows, “The Joy Behar Show” on HLN and “Say Anything” on Current TV.
Behar’s television appearances include the voice of a hilariously neurotic patient on “Dr. Katz,” which won the CableACE Award, “Buzz Lightyear of Star Command,” “Family Guy Presents Stewie Griffin: The Untold Story,” “Late Night with Conan O’Brien,” “Celebrity Poker Showdown,” “It’s Gary Shandling’s Show,” “Comic Relief 2006,” “Last Comic Standing,” “Bette,” “Spin City,” and “Who Wants To Be A Millionaire.” She has recently appeared on “30 Rock,” “The Tonight Show with Jay Leno,” “Kathy Griffin: My Life on the D List,” “One Life to Live,” SOAPnet’s “Relative Madness” and “All My Children” and “Real Time” with Bill Maher. Behar has also been a frequent substitute host for Larry King on “Larry King Live” on CNN.
Behar’s first book “Joy Shtick: or What Is the Existential Vacuum and Does It Come with Attachments?” and her first children’s book “Sheetzucacapoopoo: My Kind of Dog” both appeared on the New York Times best seller list. Ms. Behar’s recent book is “When You Need A Lift”.
For tickets: 413-997-4444 or www.berkshiretheatregroup.org.
Of Note
Anne Rice, the best-selling gothic novelist (“Interview With A Vampire”) and her son, New York Times best-selling author Christopher Rice, share the stage at Hartford Stage on November 5, in an evening presented by the The Mark Twain House & Museum. The evening will celebrate Anne’s return to the scene of her greatest success with her new novel “Prince Lestat”. Christopher will share his thoughts about his new paranormal thrillers, “The Heavens Rise” and “The Vines”. For tickets: 860-527-5151 or www.hartfordstage.org. For information on other Mark Twain House and Museum events: www.marktwainhouse.org
Keep in Mind…
***Joseph and The Amazing Technicolor Dreamcoat, an early Tim Rice and Andrew Lloyd Webber musical, plays Hartford’s Bushnell on October 14-19. The irresistible family musical about the trials and triumphs of biblical fashionista Joseph, is directed and choreographed by Tony Award winner Andy Blankenbuehler. Broadway and TV stars Diana DeGarmo as The Narrator and Ace Young (Grease, Hair) as Joseph retell the Biblical story of Joseph, his eleven brothers and the coat of many colors. The score includes: “Those Canaan Days,” “Any Dream Will Do” and “Close Every Door.” For tickets: 860-987-5900 or www.bushnell.org.
***Springfield Symphony’s Jeans ‘N Classics Pops Series launches its new season with a salute to The Beatles and “Sgt. Pepper’s Lonely Hearts Club Band” on October 11. Jean Meilleur, Jeans ‘N Classics vocalists and the Springfield Symphony Chorus perform some of the album’s greatest from “When I’m Sixty Four” to “Lovely Rita” and “Eleanor Rigby”. For tickets: 413-733-2291 or www.springfieldsymphony.org.
***Angels in America (Part One: Millenium Approaches), Tony Kushner’s Pulitzer Prize winning epic about the tumultous tragedy of AIDS and the new world order of the 1980s, is presented by Playhouse on Park in West Hartford, CT. through October 19. Jim Shankman plays Roy Cohn. Rae C. Wright is Hannah Pitt. For tickets: 860-523-5900 ext 10 or http://playhouseonpark.org/index.html
Mark G. Auerbach studied theatre at American University and the Yale School of Drama. He’s worked for arts organizations and reported on theatre for newspapers and radio.