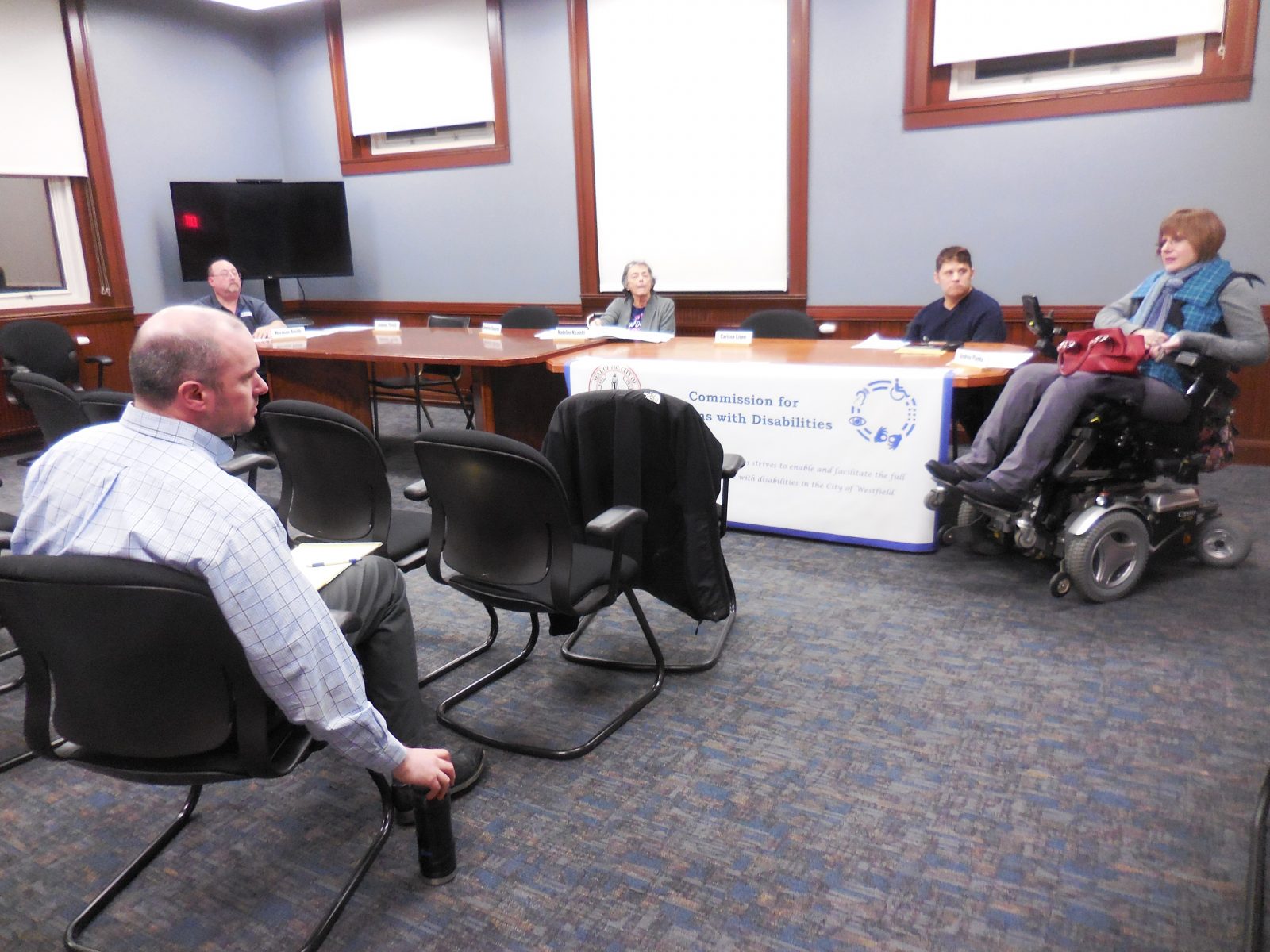 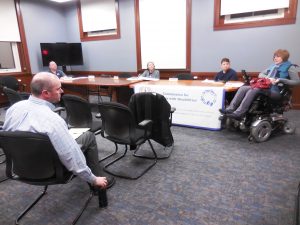 WESTFIELD – Peter J. Miller, director of community development reported to the Commission for Citizens with Disabilities on Tuesday that Westfield has been turned down for two state grants to fund an all-abled accessible playground in the Hampton Ponds park area. Miller said while the city intends to go forward with the project, it has to first go “back to the drawing board.”
Miller said he learned a lot through the process and plans to attend an Americans with Disabilities Act (ADA) training in April, “so we can prepare a better grant next year,” he said.
Miller also said that the $65,000 given by the Commission for handicap-accessible improvements for the city would still be applied. “We don’t have a lot of accessible recreation here,” he said.
He said one reason the Hampton Ponds grant was turned down is that the state did not want to fund projects that called for cutting of trees, and that location was in a wooded area. He said the other reason was they were giving priority to spray parks this year.
“From my perspective, it’s a blessing in disguise,” Miller said, noting that they had not budgeted a sufficient amount for an accessible playground surface because the grant was due before the engineering documents were completed.
“Wood chips won’t work,” he said, and with the city council-imposed moratorium on crumb rubber surfaces, remaining solutions are expensive. They are working with the engineers to find the right surface, according to Miller.
Commission member Andrea Pianka asked whether it had to be on an existing playground. Miller said it would be more realistic. He said the Parks and Recreation Commission would be driving the decision of where the accessible playground would be located.
“I think Cross Street is right for this – that would probably be my recommendation,” Miller said. He also said Paper Mill might be another location for it. “I hope we can find enough money through these state grants,” he added.
Also before the commission on Tuesday was Carol Martin of the Westfield Museum. Martin introduced Raymond Casella of the Casella Design architecture firm, who is working with the museum on handicap accessibility to the first floor.
Casella said they have made progress, and showed plans for an exterior ramp and entrance on the south side of the museum, and for men’s and women’s accessible bathrooms on the first floor. Casella said in designing the ramp they looked at the history of the building, where there had been a door on the south side that had been converted into a window. He said they plan to reconvert it into the entrance with the ramp, which will open into the center of the museum. He said they are working closely with the Architectural Access Board in Boston. 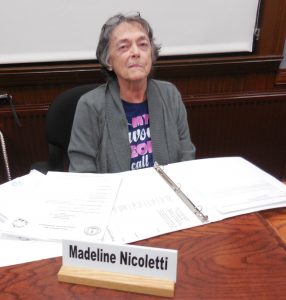 Madeline Nicoletti was reelected chair of the Commission for Citizens with Disabilities at Tuesday’s meeting. (Photo by Amy Porter)

Martin said the plan is to complete the ramp and the toilets this year, to enable them to open the first floor of the museum. She said the agreement they have with the board is to open to the public in phases as the accessibility work is completed. Future plans include rebuilding the elevator on the same footprint, to allow access to the basement, second and third floors. “We’re fortunate it can be done in phases,” Martin said.
“It’s taken a very long time, but it’s certainly an exciting project,” Pianka said, adding, “It’s going to be fabulous.”
“To do it right, it takes a long time,” responded Martin.
Casella and Martin asked if the commission would write a letter in support of the project. Commission member Norman Smith asked whether a letter thanking them for the presentation and wishing them success would do. Pianka offered to draft the letter.
At the start of the meeting, commission chair Madeline Nicoletti welcomed new member Jeffrey L. Gosselin, saying their work covers all the bases from birth to the elderly. “We’re here to serve the citizens of Westfield with disabilities,” she said.
Also on the agenda was the election of officers, during which Nicoletti was reelected for a new term as chair of the commission.