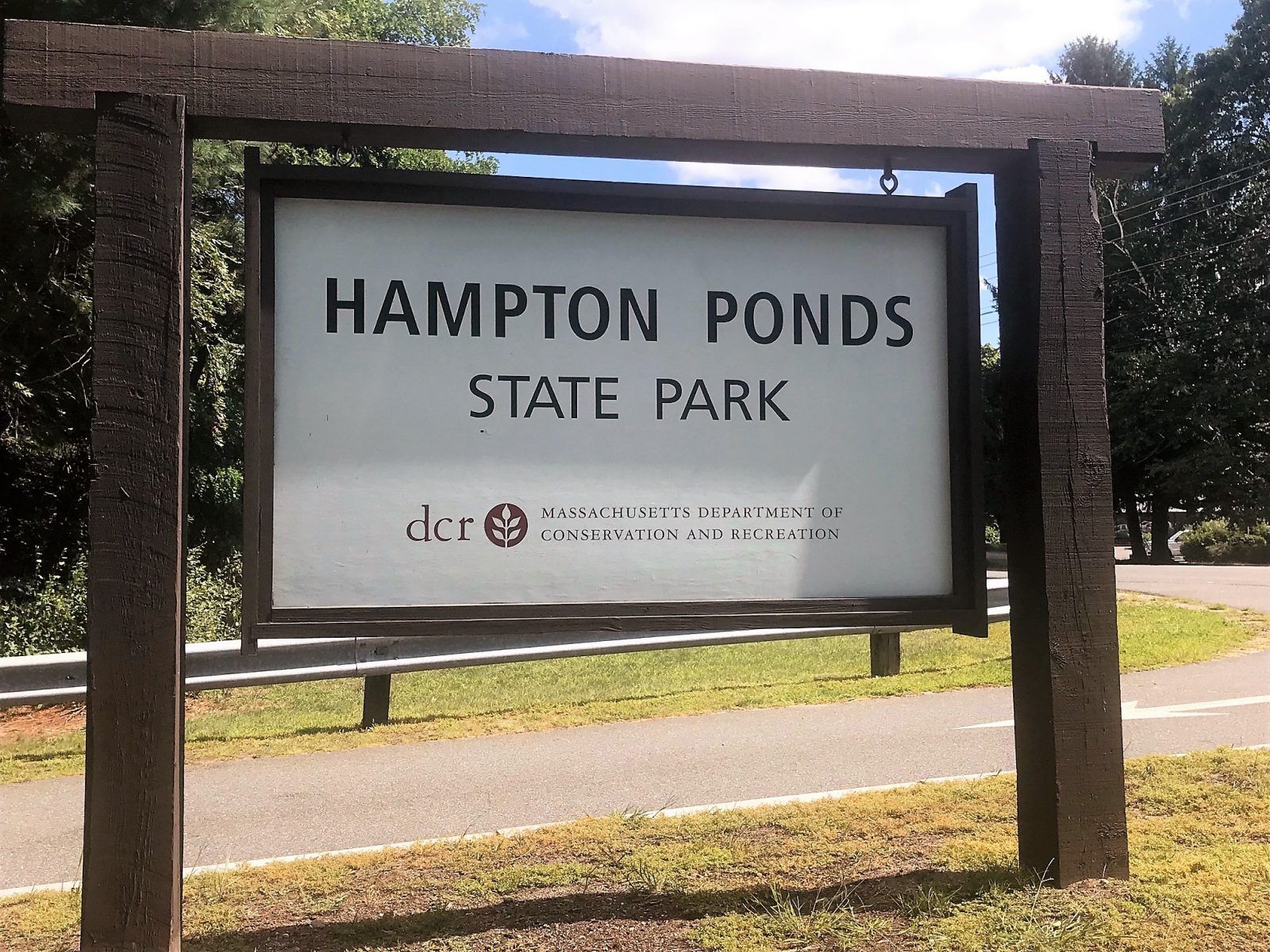 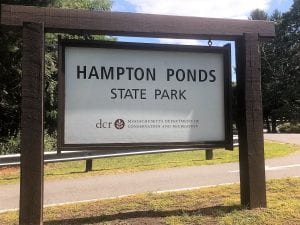 WESTFIELD – The Hampton Ponds State Park is closed for swimming until further notice due to high levels of bacteria and the pond at the Westfield Sportsman’s Club is also closed because of cyanobacteria algae bloom.

Both are still open for other recreational uses.

Several local ponds, including in neighboring Easthampton, were closed due to cyanobacterial algae blooms, also known as blue green algae.

Westfield Sportsman’s Club President Ray Frappier said he was concerned about the bloom.

“The Sportsman’s Club approached me to help identify a blue green algae bloom they have in their pond,” said Rouse. “Upon review and consultation with the State Division of Toxicology, it was determined that the algae was most likely the cyanobacteria type that can be harmful to humans and specifically animals. We gave them an advisory sign to post on the property. We will be re-inspecting tomorrow to evaluate the size of the bloom with potential testing to follow.”

Frappier said this has not been an issue in the past.

“This is the first time I’ve ever heard of it here,” he said. “I just want to warn our neighbors.”

Frappier said he especially wanted dog owners to know of the bloom.

“A lot of us take our dogs to swim at the pond,” he said.

According to the Department of Public Health page on mass.gov, cyanobacteria are microscopic bacteria that live in all types of water bodies. A large growth of these bacteria results in algal blooms that can pollute the water and may even be toxic to animals and people.

“When a dramatic increase in a cyanobacteria population occurs, this is called harmful algal blooms (HABs), or more accurately, cyanobacterial HABs (CyanoHABs). It often results in the waterbody turning bright green or blue-green, and forms a surface scum or a discoloration of the water column. CyanoHABs may also form a mat on the bottom sediments, which is more difficult to observe,” states the Commonwealth’s website.

The Environmental Protection Agency website states that in order to form and grow the water needs sunlight, slow moving water and nutrients.

Potential harmful health effects include gastrointestinal symptoms from limited exposure, to liver or neurological damage from exposure in larger amounts. Skin or eye irritation can result from contact and asthma-like symptoms can occur from inhaling water spray with cyanobacteria. Children and pets are at higher risk for harmful effects.

The Department of Public Health listed the following communities as having blue-green algae of Aug. 26:

Westfield has not been added as of press time. The Sportsman’s Club is located at 98 Furrowtown Road, and Hampton Ponds is at 1048 North Road.

Hope Tremblay can be reached at [email protected]