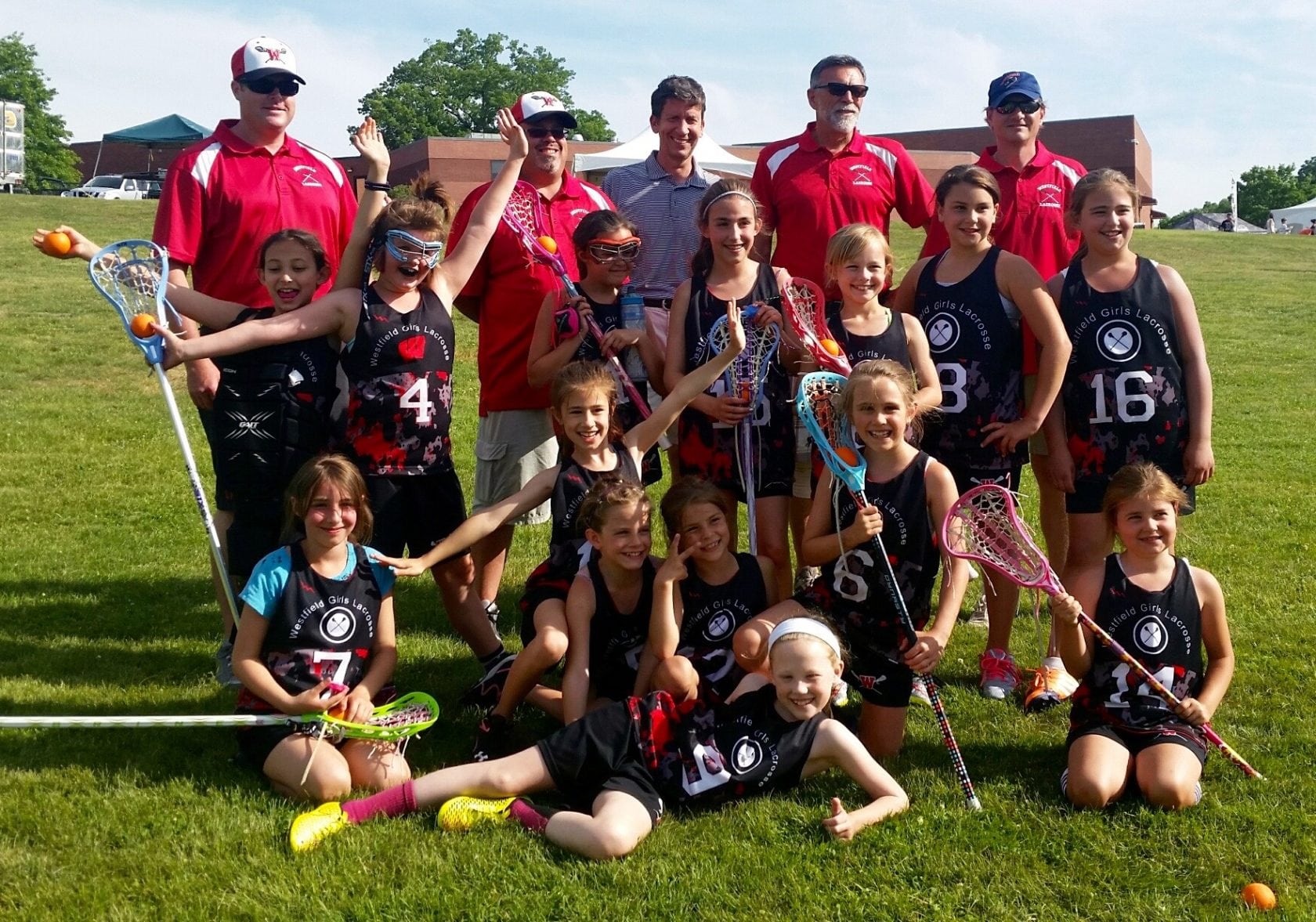 WESTFIELD – “Zero to sixty in no time flat.” A new car promo? Sure. A quick summary of a Westfield sports team? That too – for this year’s Westfield Girls Lacrosse (WGL) Bantams team.
With all but one of the 16 athletes new to lacrosse, the young players (Grades 2-4) got their act together in a very short time. 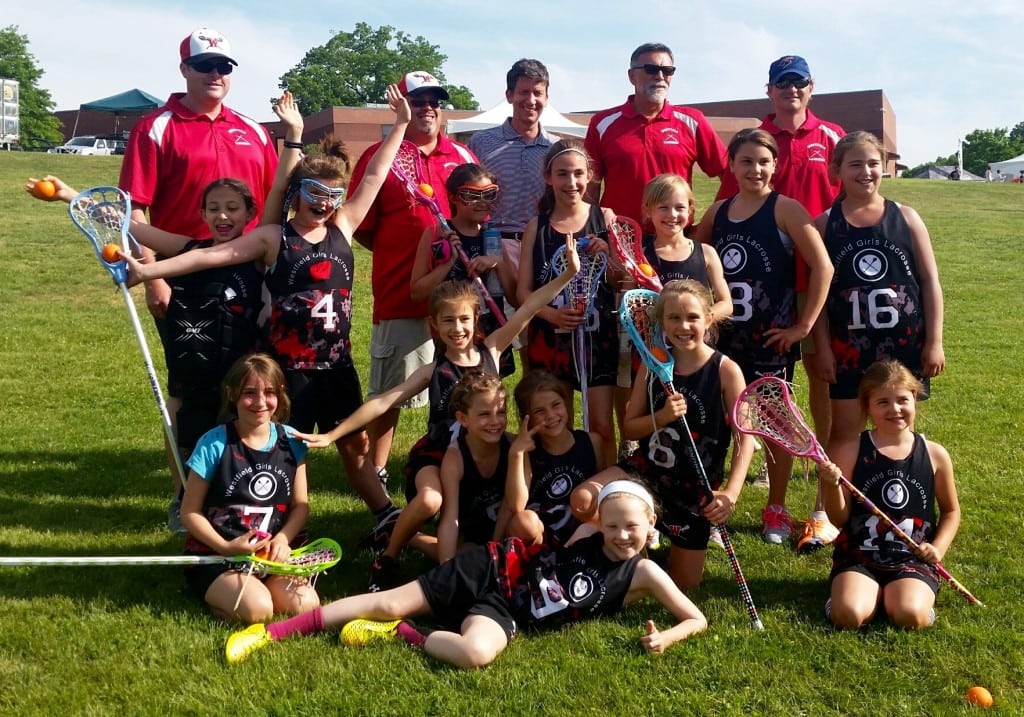 It all began in March when the girls practiced and learned essential lacrosse skills once a week at a local school gym. Also new to girls’ lacrosse were five supportive and enthusiastic parents who stepped up to form the coaching staff. A big help to the new players and coaches proved to be the older players and past WGL coaches.
With more cooperative weather in April, the team moved to Stanley Park for outdoor practice twice a week.
After a total of seven weeks of practice and impressive skills development, the team’s season opener was against a very good, very experienced Northampton team.
The game was a learning experience for both players and coaches. It was also a motivator for “hard and “smart” play which paid off for the team in a win against a Longmeadow team 10 days later. Continued hard work and skills improvement were essential for impressive efforts against other local teams (in particular East Longmeadow and Agawam).
The Bantams’ season recently finished up with a tournament in Somers, Connecticut. The coaching staff was more than pleased with the team’s effort.
“The coaches and I have marveled at how far the team has come in three short months,” coach Jason Adams said. “It felt real good to receive kudos for how we played from the coach of a team we played at the tournament.”
“Zero to sixty in three months flat” for 16 young athletes and their five rookie coaches!