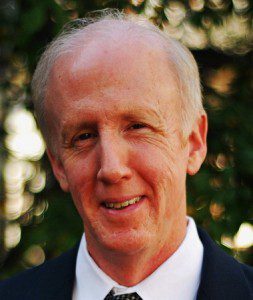 HOLYOKE – David Bartley, Holyoke’s Ward Three city councilor, is joining the race for the Second Hampden and Hampshire District State senate seat vacated by Republican Michael Knapik of Westfield.
While relatively new to politics, Bartley is no stranger to Holyoke, a key city in the district’s mapping, having served as a city councilor for over a year, and on the Pioneer Valley Advocates for Commuter Rail for four years prior to his appointment as representative for Ward Three.
Bartley’s work as an attorney specializing in real estate closings, family & probate law, bankruptcy law, and small business consulting also have given him visibility in the community, and it is that visibility which he believes will help separate him from the pack of candidates contending for Knapik’s former seat. Knapik resigned to accept the position of Executive Director of University Advancement at Westfield State University.
The seat would give Democrats an increased 37-3 super majority in the state senate over Republicans should Bartley or another Democrat win the October 8 special election.
Education is a top priority on Bartley’s agenda.
“Education for vocation, education for high school, education for early childhood, HCC, and Westfield (State) University,” Bartley said. “We’ve got to support our young people and people transitioning into new positions.”
Bartley will also enjoy the advantage of name recognition, as his father David was an influential member of the Massachusetts House of Representatives from 1963 to 1975, the last six years of which he served as Speaker of the House. Bartley Sr., who was in attendance Tuesday with his wife, also served as the Commonwealth’s Secretary of Administration and Finance from 1981 to 1983, and then as President of Holyoke Community College from 1975 to 2004.
“I believe in public service, but what choice did I have?” Bartley joked from behind a podium emlazoned with the Holyoke city seal.
The candidate did get down to brass tacks, laying out a broad outline of other important issues he would fight for as state senator, namely roads, bridges, and local aid.
“I believe in government, I believe in the private sector. I’ve been in both worlds,” he said. “Both have to work together, both have to help each other, because without both, neither one succeeds.”
Following the six-minute press conference, Bartley illustrated what he believes separates him from the other candidates in the field.
“I’m not sure if it’s going to be a contentious race, but we’re going to run very hard,” he said. “What separates me is my belief in public service, my background in education. I practice law. I have a Master’s degree from UMass. I study the issues, and know my way around the region.”
Bartley also took the opportunity to get in some early licks at a Republican opponent in the race, Westfield’s State Representative Don Humason Jr., whose experience as an aide to Knapik during his tenure as a member of the state House of Representatives, and as chief of staff for Knapik in the state Senate from 1994 to 1998, make him a formidable opponent with strong ties in the southwestern reaches of the district, among the most conservative towns in the Commonwealth.
“I know my way around the region. You don’t have to tell me where Tolland, Russell and Granville are. I’ve been to all these places. I’m not just a Holyoke-centric guy,” he said. “I know Chicopee, but I bet you Don Humason doesn’t know where Willamansett is. I know where Willamansett is. I know my way around Westfield. I think that helps.”